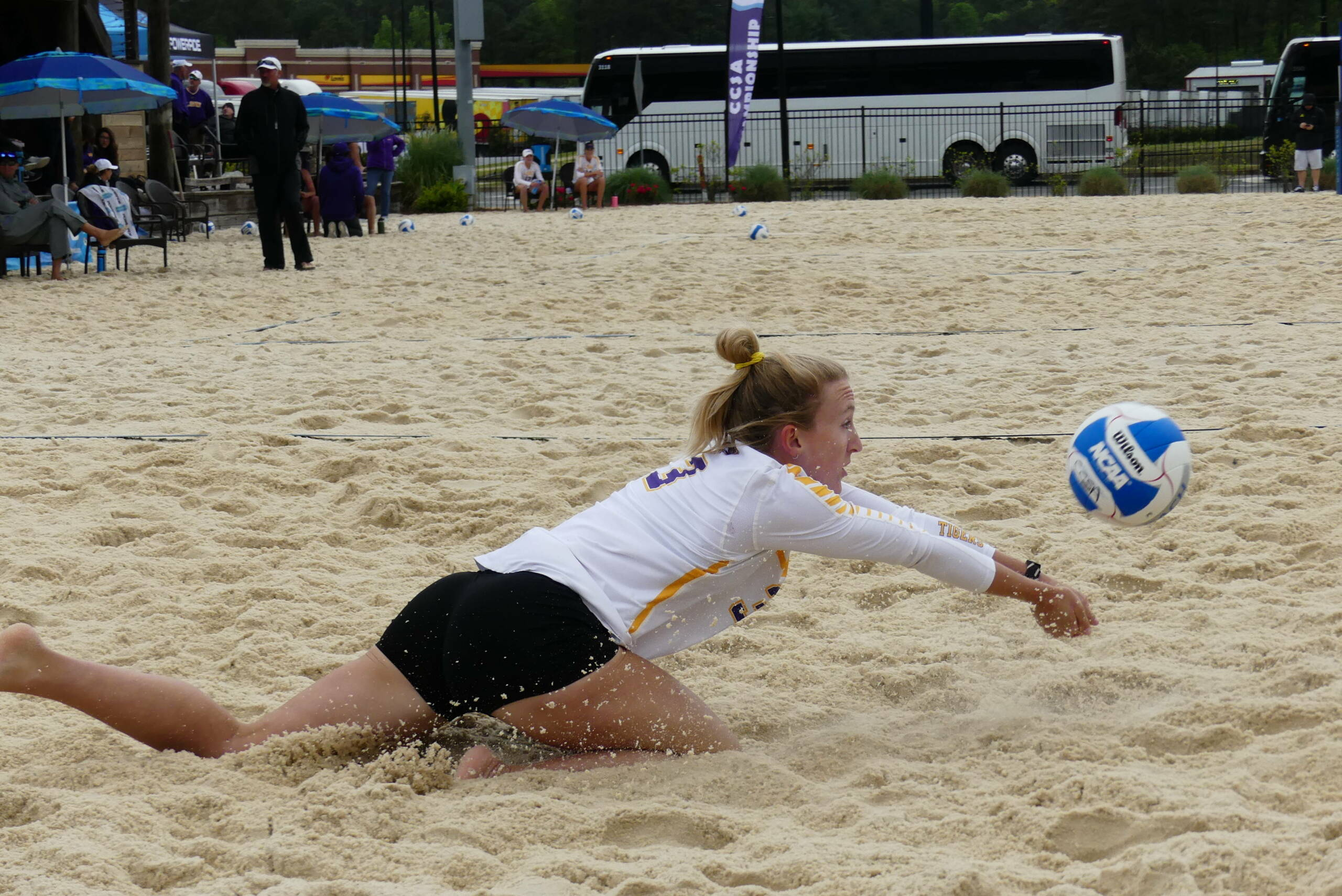 EMERSON, Ga. – The No. 2 seed LSU Beach Volleyball team swept through pool play Friday at the CCSA Tournament against UNCW and TCU, clinching a spot in the quarterfinals at Rally Volleyball.

“We’re playing as well as a group of five as we have all season,” said head coach Russell Brock.

LSU will will square of against the College of Charleston at 12:30 p.m. CT in the quarterfinals on Saturday. The winner will advance to the semi-finals on Sunday.

All of Friday’s matches were pushed back an hour due to heavy overnight showers which continued off and on through much of the day. Despite the weather, LSU was able to pick up two victories, starting off in the morning against UNCW.

“Getting two 5-0 wins was our goal coming in,” said Brock. “We knew that would be challenging, but we knew that we had to find a way to get it done to put ourselves in the best possible position for tomorrow.”

Olivia Beyer and Hunter Domanski got the Tigers off to a hot start despite the rain, taking care of business on Court 5, 21-13 and 21-8. Claire Coppola and Kristen Nuss continued to roll for the Tigers with a sweep on Court 1, 21-16 and 21-11.

After trailing 14-8 in the first set on Court 4, Taryn Kloth and Maddie Ligon battled back to take the set, 21-18. In the second set, Kloth and Ligon won another tight one, 21-17, to complete te sweep for the Tigers.

Hours later, it was time for LSU to take on TCU. Coppola and Nuss earned yet another sweep on Court 1, 21-10 and 21-10. The LSU duo which was named CCSA Pair of the Year on Thursday has now won 28 consecutive sets.

Beyer and Domanski earned a hard fought win in set one on Court 5, 25-23. The LSU pair earned another court for the Tigers when it won 21-14 in the second set.

Kloth and Ligon dropped set one on Court 4, 21-16. In the next two sets though, they rebounded nicely, clinching the sweep for LSU with 21-12 and 15-7 victories.