Gymnastics Advances to Four on the Floor 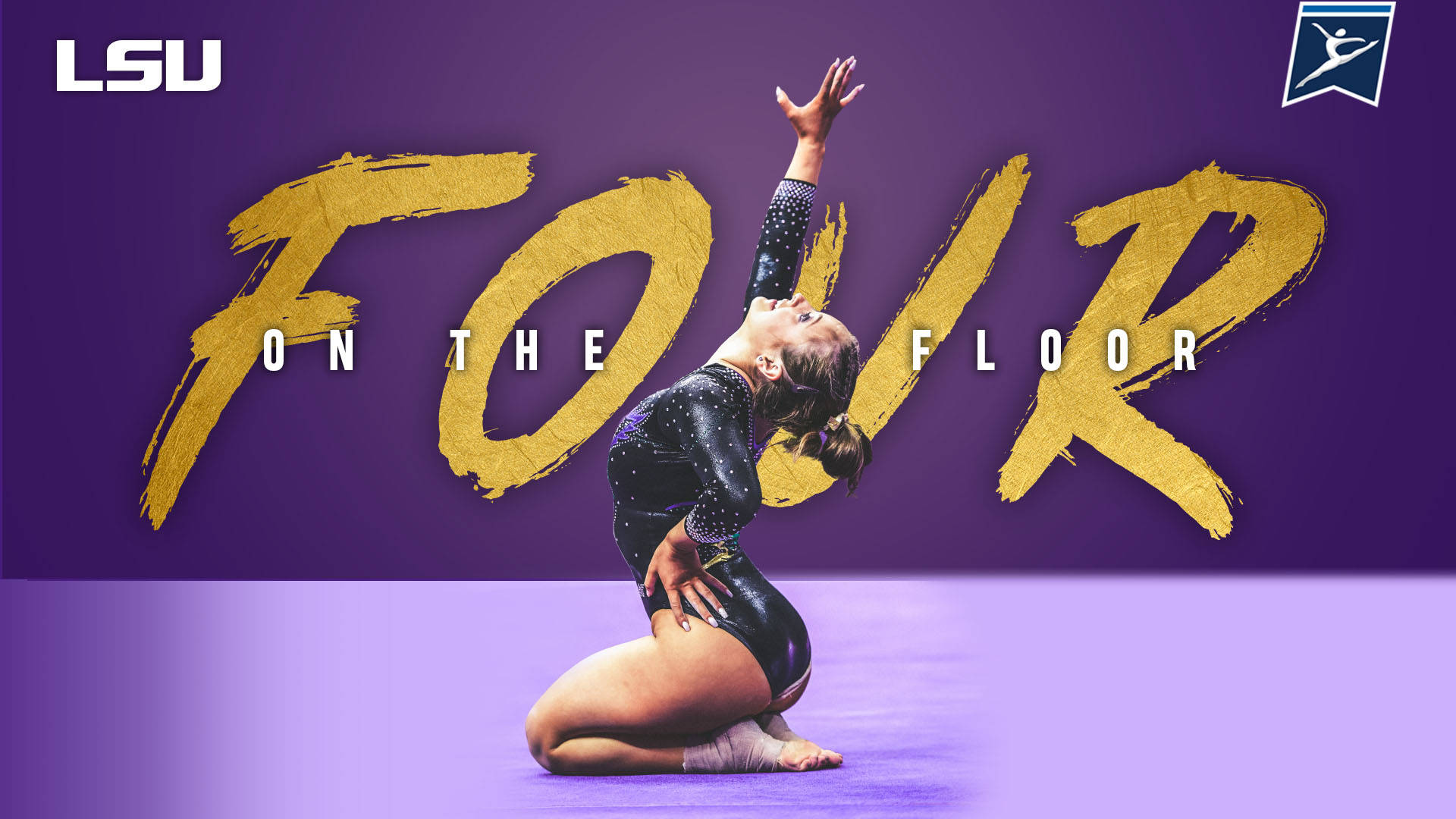 FORT WORTH, Texas – With a team score of 197.5125, the third-ranked LSU gymnastics team advanced to the inaugural Four on the Floor and will compete for the program’s first national championship.

UCLA took the top spot with a team score of 197.675. Michigan and Utah rounded out the first semifinal in third and fourth place with scores of 197.200 and 196.725 respectively. The two victories in the meet pushed head coach D-D Breaux to 800 career wins.

The squad will vie for the program’s first NCAA Championship at 6 p.m. CT Saturday on ESPNU. Since the Tigers finished second in the prelims, their rotation for the championship final will be Olympic order: vault, bars, beam, floor.

“This was so hard,” Breaux said. “We started out a little slow but they gained momentum. Floor was huge and we could not have asked Ruby Harrold to start things any better. Kennedi Edney did not have a strong warmup today but she came through. Of course Sarah Finnegan did what we’ve grown accustomed to. It was a total team effort.”

Finnegan paced the squad with an outstanding all-around score of 39.650 to finish second in the session and Edney scored a 39.600 for third overall. Finnegan was the top finisher on bars and Edney was the top on beam with a 9.95.

Beam Bounces Back to Open Rotation
Following a fall in the opening performance, the Tigers bounced back with five hit routines to score a 49.1875 on beam. Finnegan led the way on the event as the anchor with a 9.9375. Sophomore Sami Durante was the second-highest score on the event with a 9.8375 and Reagan Campbell followed with a 9.825. Bridget Dean righted the ship with a 9.775 in the second spot of the Tigers’ lineup.

Vault Catches Fire for Semifinal-High Score
Sitting in third place at the halfway point, the Tigers caught fire and put up a semifinal-best 49.450 on vault. Finnegan opened with a 9.8875 and Harrold followed with a 9.85. Kelly scored a 9.8375 and the Tigers used a near-perfect full from Julianna Cannamela for a 9.875. Edney closed out the rotation with a 9.95 to finish first in the semifinal.

Bars Seals Victory and Advancement
The squad continued to build momentum throughout the rotation after scores of 9.775 for Durante and 9.7875 for freshman Bailey Ferrer. In the third spot, Harrold scored a 9.90 with a strong routine and stuck dismount. Priessman scored a 9.875 in the fifth spot and Finnegan closed the meet with a 9.95.