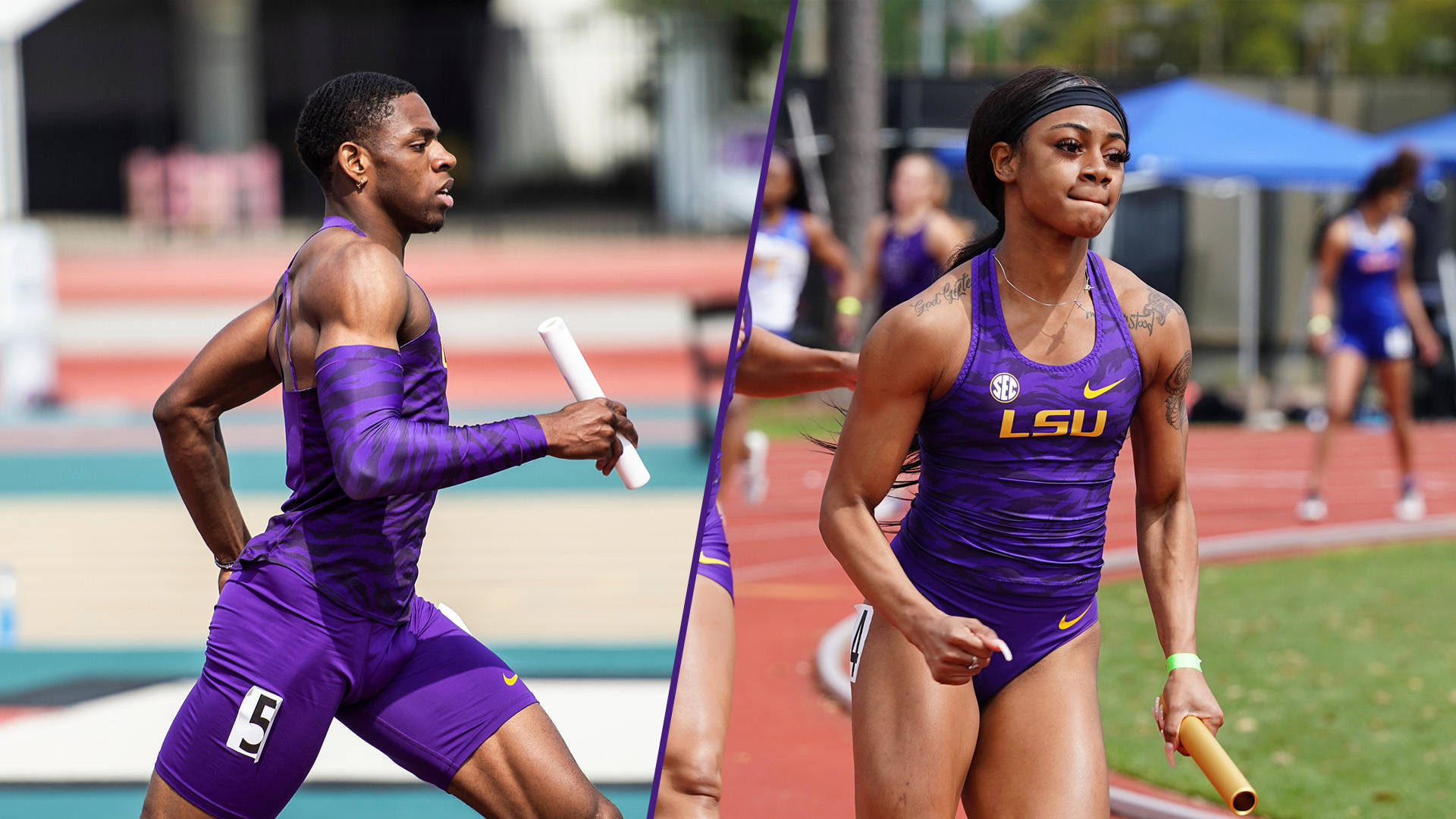 Baton Rouge, La. – With a little less than a month until the SEC Championships, the LSU track and field program will look to continue its steady progression towards getting ready for the postseason by hosting the LSU Alumni Gold meet on Saturday. Olympians, national champions, and world-class athletes will all be competing within the friendly confines of Bernie Moore Track Stadium. Admission to the meet is free.

The much anticipated debut of Duplantis outdoors will take place on Saturday afternoon at 2 p.m. Duplantis, the NCAA indoor champion in the pole vault, was just named to The Bowerman Mid-Outdoor Watch List on Thursday afternoon marking the fifth-straight time he was recognized on the watch list that features the top-10 male collegiate track and field athletes in the NCAA. Duplantis has a bit of good history at Bernie Moore Track Stadium, a place he won four LHSAA 5A state titles. The last time he jumped on this runway in a competition was the 2018 LHSAA State Championships when set what was then a U20 world record with a clearance of 5.93 meters (19′ 5.50”). The mark of 19′ 5.50” is also the facility record. Mondo owns a career best of 6.05 meters (19′ 10.25”) in the pole vault outdoors which is the current U20 world record. He set the mark of 19′ 10.25” at the 2018 European Championships as he went on to claim gold while representing Sweden and became only the fifth man in the history of the world to clear 19′ 10.25” outdoors. The all-time world outdoor pole vault performance list can be viewed at iaaf.org.

Both the LSU teams check in at No. 4 this week for their highest rankings of the season. LSU will be tested by a number of quality teams including Florida (No. 3 men/No. 7 women), Arkansas (No. 3 women), Mississippi State (No. 10 men), and North Carolina A&T (No. 18) at the Alumni Gold. In addition to the ranked teams attending, a number of prominent LSU alumni will be on hand and competing as professionals. That list includes but is not limited to Aleia Hobbs (3x NCAA champion), Kimberly Duncan (7x NCAA champion and The Bowerman award winner), Ryan Fontenot, Joshua Thompson (2x All-American), Travia Jones (2x All-American), Vernon Norwood (4x NCAA champion and world champion), Kymber Payne (5x All-American), Cassandra Tate (2x NCAA champion and world champion), Quincy Downing (2x NCAA Champion) and Jada Martin (NCAA champion). The Canadian national team will also have relay athletes in attendance and competing.

Through four meets of the outdoor season, LSU has 11 individuals and four relays ranked inside the top 10 in the NCAA. LSU has three NCAA leads and two athletes, JuVaughn Harrison and , own top-10 times in two events. Seven of those 17 top-10 national marks were registered at last weekend’s Hurricane Invitational in Miami, Fla. Harrison stole the show at the Hurricane Invitational with a career-best and NCAA leading mark of 26′ 9.75” (8.17m) in the long jump. Jaron Flournoy opened up in the 100 meters with a wind-aided time of 10.14 for the seventh best time in the nation, and freshman Richardson ran the first 200 meter race of her outdoor collegiate career in a time of 22.99 to rank ninth nationally. The NCAA bronze medalist from a year ago in the 110 meter hurdles, Damion Thomas, had the best race of his sophomore season with a time of 13.60 to rank sixth in the NCAA. LSU had three relays clock top-10 NCAA times at the Hurricane Invitational. The foursome of Dorian Camel, Raymond Kibet, Correion Mosby and Tyler Terry clocked an NCAA leading 3:02.88 in the 4×400 meter relay to close out the meet. The women’s relays – 4×1 and 4×4 – also clocked season best times. In the 4×100 meter relay, Tonea Marshall, Ariyonna Augustine, Rachel Misher, and Sha’Carri Richardson ran a season best of 43.47 to rank third nationally, and the women’s 4×400 meter relay of Kiya Oviosun, Brittley Humphrey, Milan Young and Jurnee Woodward clocked the 10th-fastest time in the nation (3:34.68). The other 10 top-10 times and three relays are listed below.

Two athletes and one relay have set LSU top-10 marks in 2019. Harrison’s career best long jump of 26′ 9.75” last weekend ranks fourth in the LSU record book. Freshman distance phenom Julia Palin registered the fourth-fastest 10,000 meter run time at the Stanford Invitational in late March with a  readout of 35:42.75. Last but not least, the men’s 4×100 meter relay time of 38.41 to win the Texas Relays was the fifth-fastest clocking in LSU history.