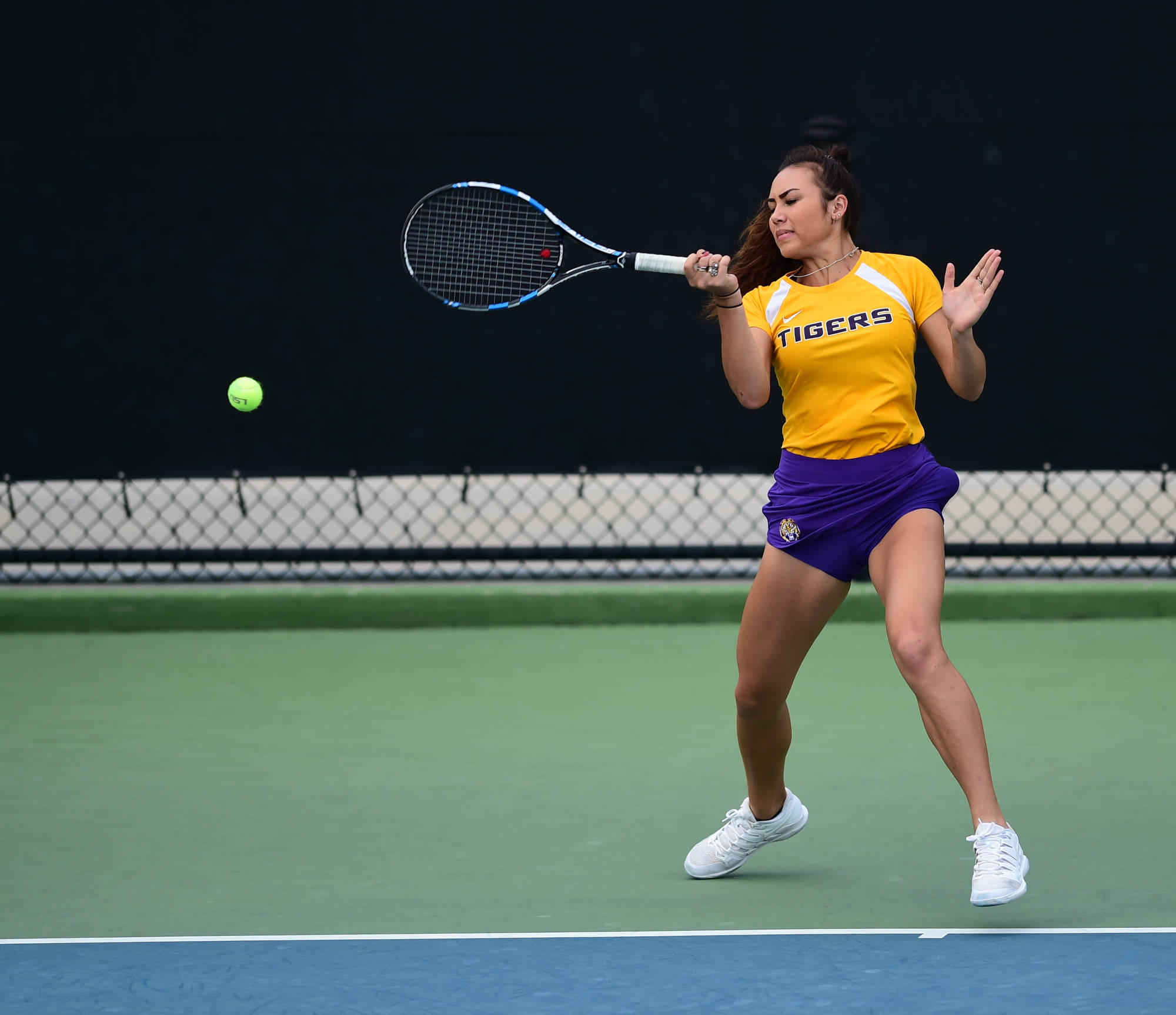 COLLEGE STATION, Texas – Down to the final point, sophomore Taylor Bridges clinched the match and a berth in the quarterfinals as the ninth-seeded LSU women’s tennis team defeated eight seed Alabama by a score of 4-3 on Thursday at the Mitchell Tennis Center in College Station, Texas.

”World class toughness and determination by the Tigers tonight,” LSU co-head coach Michael Sell said. “They believed and played their best tennis at the end. We played an aggressive doubles point and Jessica (Golovin) came out on fire and set the tone in singles. I’m proud of Paris (Corley) and Taylor for believing and bringing us across the finish line. We are excited to play the #1 team in the country tomorrow.”

Senior Kennan Johnson and Bridges were first off the courts after a dominating 6-1 win over Ann Selim and Kimberley Gintrand at the No. 3.

The Tigers clinched the doubles point after freshman Anna Loughlan and junior Paris Corley were victorious at the No. 2, defeating Luca Fabian and Alba Cortina Pou by a score of 6-3.

Alabama got their first point of the match when Selim defeated sophomore Luba Vasilyuk at the No. 6, 6-1, 6-1, cutting LSU’s lead to 2-1.

After a gritty match that included comebacks in both sets, Corley tied the match at 3-3 with a 7-5, 7-5, straight set win over Jacqueline Pelletier at the No. 4.

With all eyes on the No. 3 spot, Bridges clinched the match for the Tigers. Bridges won the first set 7-6 (1) before Pou equalized and won the second set 6-2. Bridges dominated the third and won 6-1 to give the Tigers a berth in the quarterfinals of the SEC Tournament.

The Bulldogs are a perfect 21-0 on the season and are the No. 1-ranked team in the ITA/Oracle national polls. When the teams met in the regular season in Athens, Richardson and Golovin earned wins against Top 10 opponents as Georgia won the match 4-2.

Georgia has four players ranked in the ITA singles Top 100, and are led by the No. 1 player in the country, Katarina Jokic. Jokic is 19-3 overall this season, with her last loss being to No. 8-ranked Richardson.

In doubles, the Bulldogs have one pair ranked, the duo of Eleni Christofi and Vivian Wolff at No. 76.