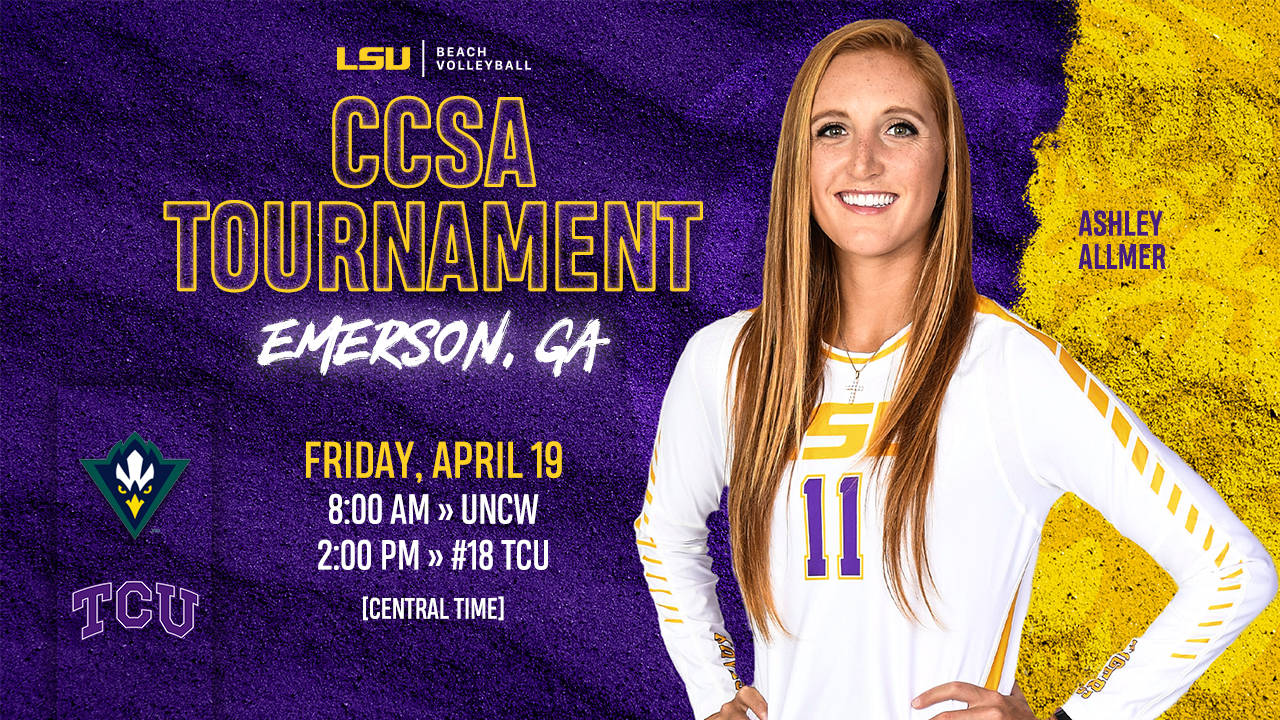 EMERSON, Ga. –The No. 4 LSU Beach Volleyball will begin play at the CCSA Tournament as the No. 2 seed against UNCW and No. 18 TCU on Friday in Pool Play.

“Our vision is to continue to play well and continue to push to play better,” said head coach Russell Brock, whose team is riding a 12-match win streak into the weekend. “We’re still trying to build and part of that building process is to play great and put ourselves in position to win a conference championship.”

LSU capped off its best regular season in the program’s six-year history with a 25-5 record. The Tigers have wins over 14 ranked teams, including seven against teams in the top-10. Against CCSA competition this season, LSU is 12-2.

LSU will face UNCW at 8 a.m. CT and TCU at 2 p.m. on Friday. Fans looking to keep track of the matches should follow @LSUBeachVB on twitter for live scoring updates of each match.

Against TCU 11 days ago, LSU earned a 4-1 victory. The last time the Tigers played UNCW was last season in the CCSA Tournament and LSU won that matchup, 3-2. Playing against TCU and UNCW, the Tigers are a combined 6-1.

Last year at the CCSA Tournament, LSU charged into the finals match, but ultimately fell to Florida State. The Tigers will look to earn one more win at the Rally Sports Complex this year and bring the championship back to Baton Rouge.

“There are a ton of good teams in our conference,” said Brock. “You have to be prepared for anybody you could play.”

“We have plans to play great and get wins to put us in position to win the conference championship for the first time ever,” said Brock. “We also know this is the next step in the process of a bigger picture.”