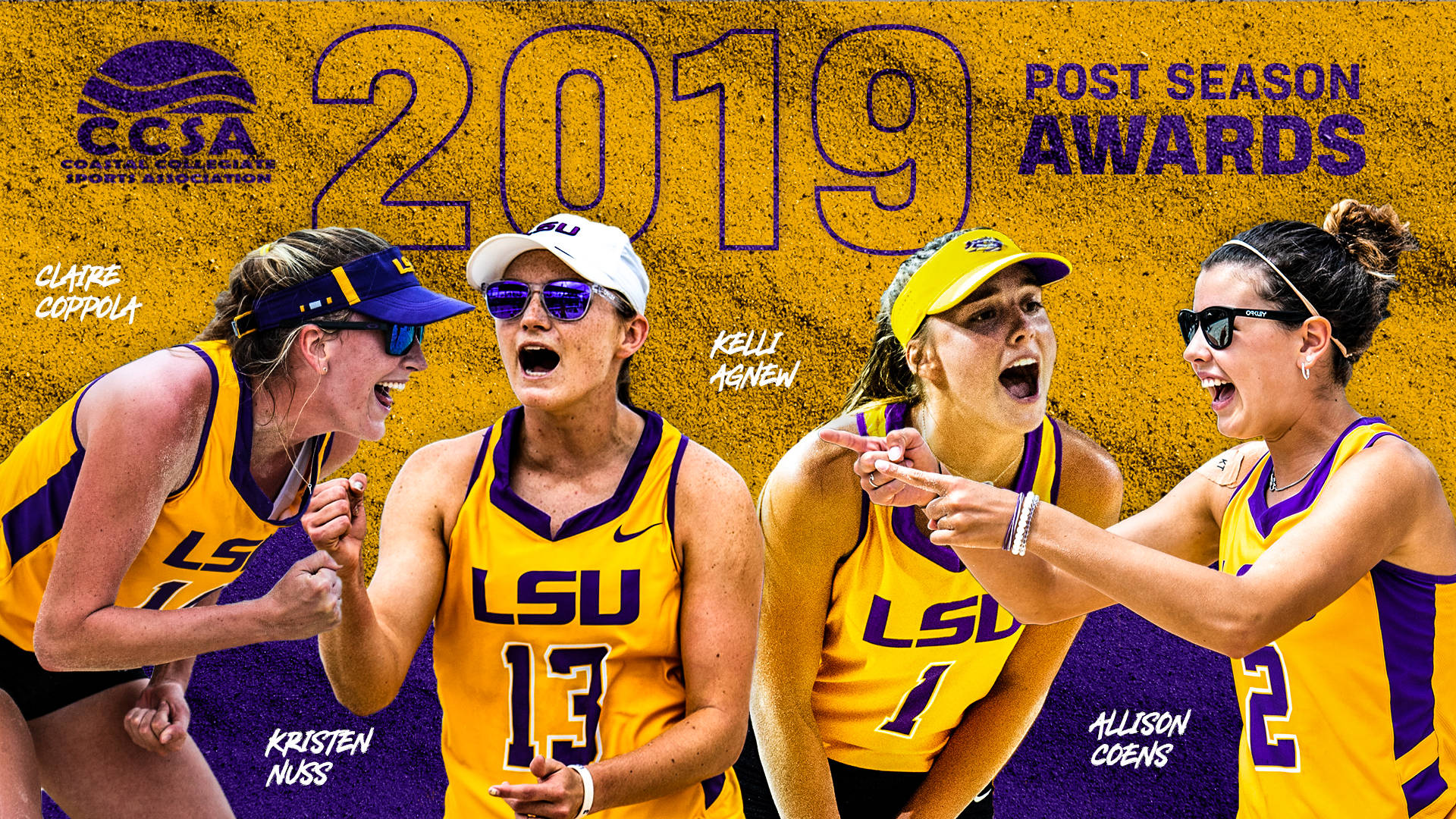 EMERSON, GEORGIA– For the second consecutive season, LSU’s beach duo on Court 1 of Claire Coppola and Kristen Nuss have earned CCSA Pair of the Year honors, the conference announced Thursday. Allison Coens and Kelli Agnew were named to the CCSA All-Freshmen team.

With a 27-3 record, Coppola and Nuss become the first CCSA pair ever to win Pair of the Year twice. The LSU duo is currently riding at 12-match win streak in which it has not dropped a single set. They earned AVCA and CCSA Pair of the Week after going 4-0 during the opening weekend of play at the FSU Invitational.

“We expected a lot out of Claire and Kristen, and they delivered,” said head coach Russell Brock. “To have everyone recognize them as pair of the year says a lot about how good they are. It’s easy for us to see that every day, but when others see that as well, it’s impressive.”

Coppola and Nuss became LSU’s two all-time winningest players earlier in the season and currently have 85 career victories, playing in every collegiate match together. Collegebeachvb.com currently has the LSU pair ranked as the No. 3 duo in the nation.

Nuss was named to the CCSA All-Academic team on Wednesday with a 3.67 GPA in Kinesiology.

Coens and Agnew have each made significant contributions as freshmen. Coens has competed solely on Court 5 while Agnew played on a combination of Courts 2-4.

“There are a lot of good freshmen in our conference so the fact that Allison and Kelli were both noticed for their greatness is really fun,” said Brock. “They’re obviously really good players and have done a lot to contribute to our success this year.”

Coens competed on Court 5 with the same partner all season, sophomore Hunter Domanski, who was a member of the CCSA All-Freshmen team in 2018. Together, the pair went 20-5 and had a stretch where it won 11 out of 12 matches, including wins six pairs from teams ranked in the top-10. In her only match with a different partner this season, Coens won with senior Maddie Ligon on Court 5 against Houston Baptist.

Agnew has amassed 13 victories for the Tigers, including eight on Court 3. She has defeated six pairs from ranked teams with a combination of partners, including when her and senior Toni Rodriguez took Court 3 against No. 1 UCLA in March.

LSU finished the regular season with a 25-5 record, the best regular season mark in program history. The Tigers will take the Court on Friday at the CCSA Tournament. LSU finished as the runner-up at the same event last season, dropping the championship match to Florida State.

*- Denotes Two-time Pair of the Year