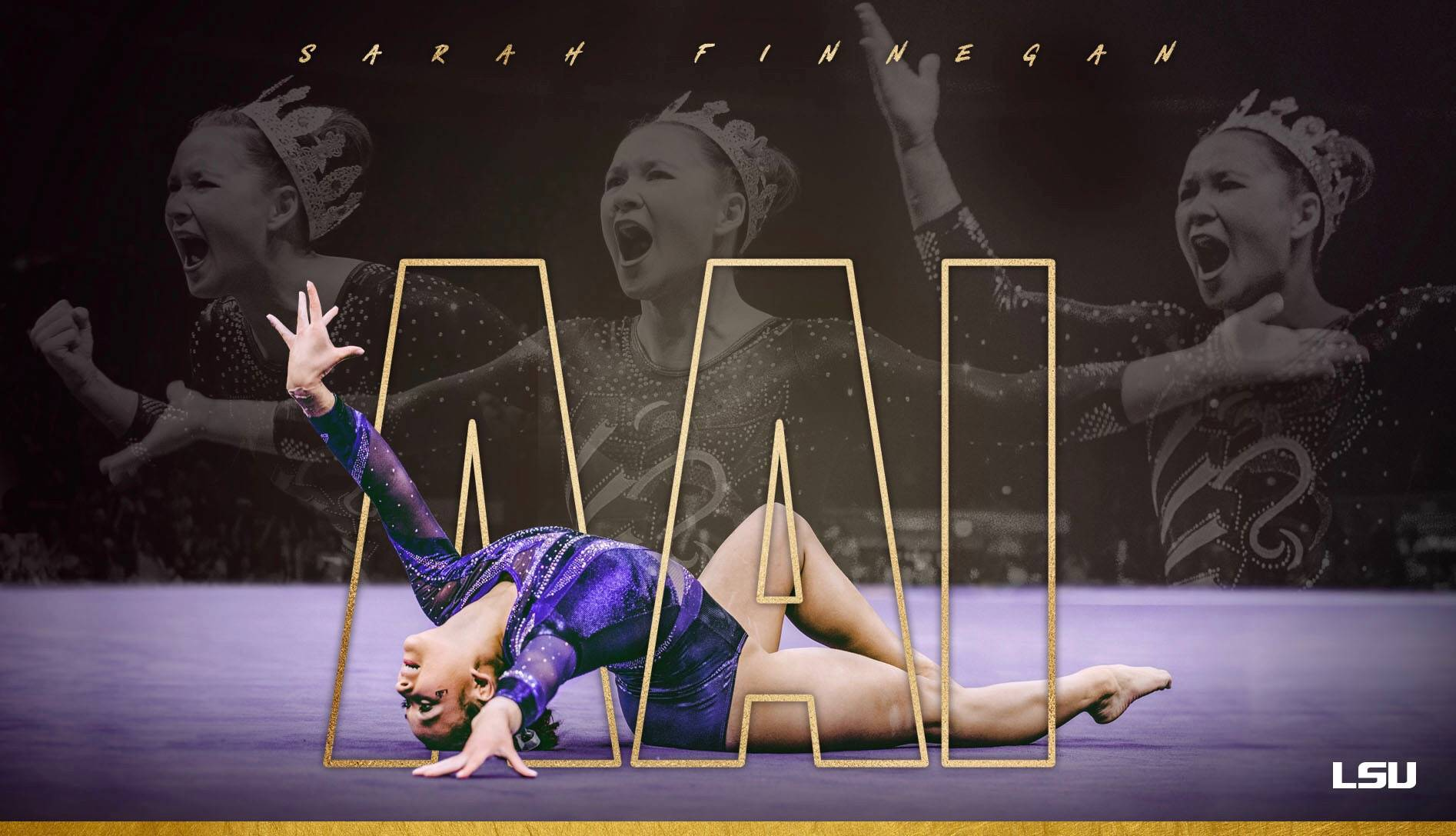 FORT WORTH – LSU gymnastics senior Sarah Finnegan has been named the winner of the 2019 AAI Award, the organization announced at the NCAA Championships banquet Wednesday night.

Finnegan is the third gymnast in school history to win the award, which is given to the top senior gymnast in the country and considered the Heisman Trophy of the sport.

“This is an amazing honor,” Finnegan said. “To see Ashleigh Gnat win this award two years ago was inspiring, and I am so honored to continue the tradition of this program. To be even considered a finalist and ultimately picked out of the top senior gymnasts in the country is so cool. I could not have achieved this without the support of my teammates not just this year but over the last three years. We still have more work to do as a team this weekend.”

The winner is voted on by the nation’s coaches and considered the highest honor of women’s gymnastics. Finnegan joins NCAA Champions  Ashleigh Gnat and Susan Jackson as the winners in school history.

“I just feel so much gratification for Sarah,” head coach D-D Breaux said. “When your peers vote for an award of this magnitude it is such an honor. To be selected for this, the SEC award and region award is gratifying and humbling. She is so deserving of everything she receives.”

Finnegan is the defending two-time Southeastern Conference Gymnast of the Year and all-around champion. A dominating force in the all-around in 2019, Finnegan set the school record for all-around wins with 13.

Finnegan has scored six perfect scores in her career with one on bars, beam and floor this year. Finnegan clinched the Tigers’ SEC title with a perfect 10.0 score on floor.

Finnegan won the bars, beam and floor SEC titles in New Orleans. She tied Rheagan Courville and Sandra Smith for the most in a career with five. The Lee’s Summit, Missouri, native owns the school record for beam tiles in a season with 11 and career record for beam titles with 27

Finnegan and the rest of the third-ranked Tigers will compete at the NCAA Championships in Fort Worth, Texas, April 19-20. The squad will compete in NCAA Semifinal I at noon CT on April 19 on ESPN2.