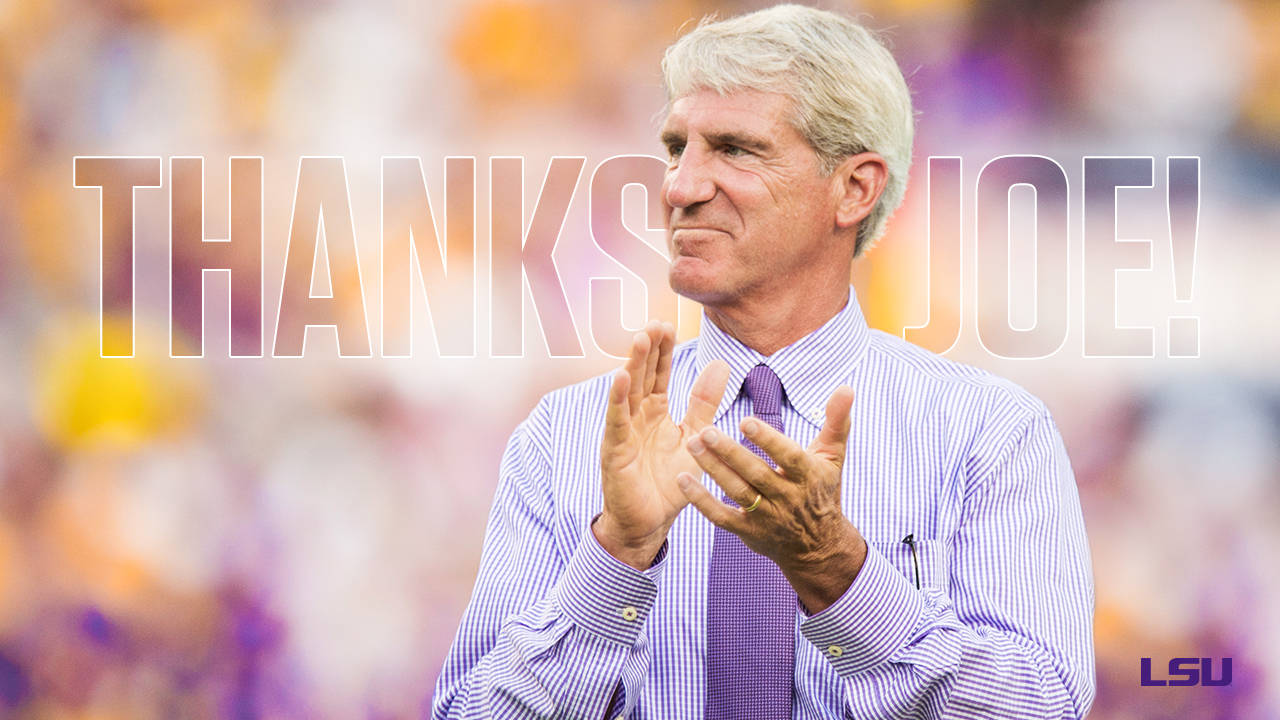 BATON ROUGE – LSU and Vice Chancellor and Director of Athletics Joe Alleva today announced he is stepping down from his current position and is transitioning to a new role as special assistant to the president for donor relations.

Alleva will continue to serve in his current role until a new athletics director is named.

“We are grateful to Joe for his years of service and dedication to LSU,” said LSU President F. King Alexander. “Under his leadership, LSU Athletics has become even more nationally competitive and our student-athletes have reached new levels of academic achievement.”

“The eleven years Annie and I have been here in Baton Rouge have been some of the best in our lives,” said Alleva. “We have made lifelong friends and memories in Louisiana. This is truly a special place. It’s been an honor to serve LSU, and I am proud to continue to do that in a new role.”

Under Alleva’s leadership, LSU’s athletics thrived on the field of play, in the community and in the classroom. Alleva also successfully managed the department’s finances and operations making LSU one of the nation’s top 10 programs in revenue, tickets sales and commitment to student-athletes and athletic endeavors.

In the classroom, LSU made historic strides in graduation rates, seeing a 31 percent increase since taking over in 2008. During a 10-year stretch from 2008-17, LSU’s graduation success rate for student-athletes improved each year, reaching an all-time high of 90 percent.

While at LSU, Alleva oversaw the expansion of the Tiger Stadium South End Zone and Westside renovations, executed an aggressive campaign to preserve and enhance the appearance of Tiger Stadium that has included the installation of new windows, lighting systems, gating systems and championship plazas, in addition to newly renovated restrooms and concession areas.

A number of new or newly renovated facilities opened during his time at LSU, including Gymnastics Practice Facility, Tennis Center, Beach Volleyball, new Track & Field offices, the Nutrition Center for LSU Student-Athletes, Softball Performance Center, and the Football Operations Center, among others. Alleva also supervised a major renovation to the University Club golf course that allows the LSU golf teams to play on one of the most challenging courses in the country.

To continue to enhance fan experience, the largest video boards in the country for basketball, baseball and softball were added during Alleva’s tenure as athletics director.

On a national level, Alleva spent five years on the prestigious NCAA Men’s Basketball Committee, as well as serving on numerous other national committees, including the Football Bowl Certification Committee, the NCAA Division I Championships/Competition Cabinet and several SEC committees.

Prior to joining LSU, Alleva served as director of athletics at Duke for 10 years from 1998-2008. During his 10-year stretch at Duke, he oversaw one of the most successful decades of Duke Athletics in school history, winning more ACC and NCAA titles than in any other decade in its history.

Alleva, who earned his bachelor’s degree in finance from Lehigh in 1975, was the quarterback of the football team and team captain in 1974. He also played on the baseball team and served as a graduate assistant football coach, earning an MBA in 1976.

Alleva and his wife, Annie, have three children, J.D., Jeff and Jenny, and six grandchildren.