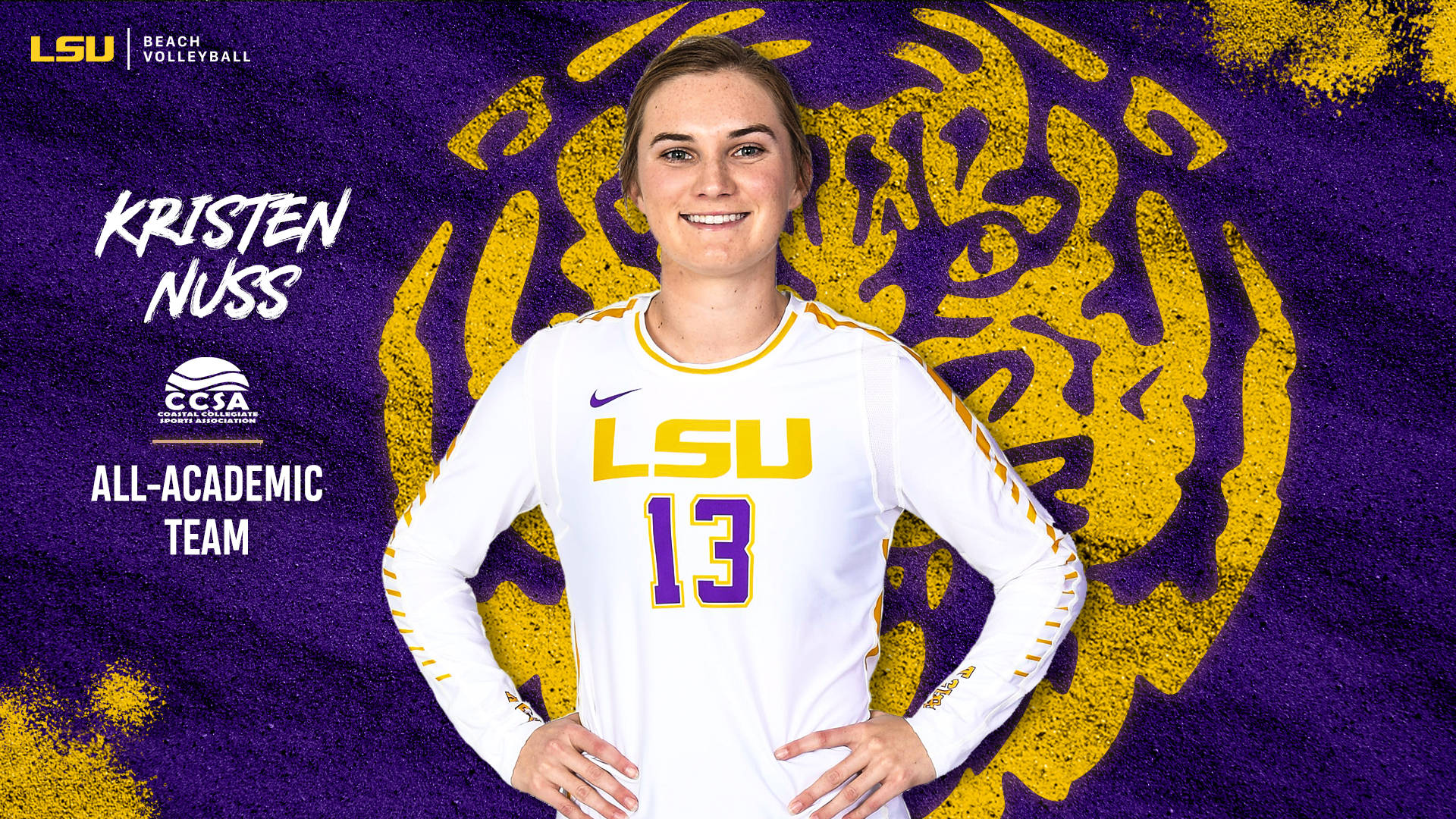 BATON ROUGE – Kristen Nuss, a top player for the No. 4 LSU Beach Volleyball team, was named to the CCSA All-Academic Team the conference announced Wednesday.

“We are so excited for Kristen to be recognized for her academic excellence,” said head coach Russell Brock. “It’s easy to get caught up in her athletic ability and success, but she is just as capable and focused on her studies. She’s an incredible student-athlete and we are so proud of her.”

The junior has stacked up the awards on the court throughout her first three seasons as a Tiger, but now has this academic award to add to her resume. Nuss is a Kinesiology major and holds a 3.67 cumulative GPA.

Nuss has competed in every one of her collegiate matches with fellow junior, Claire Coppola. Together, they have taken the program to new heights, leading the Tigers to the NCAA Championship in each of the past two seasons. The two of them were each named to multiple All-America teams in 2018.

Earlier in the season, the junior duo made history, becoming the two winningest players in LSU Beach history. They currently have 85 career victories.

Nuss and Coppola, LSU’s Court 1 pair, currently sit at 27-3 on the season and are riding a 12-match win streak going into postseason play. Throughout the streak, the LSU pair has not dropped a single set. They are currently ranked as the No. 3 pair in the nation by collegebeachvb.com.

The All-Academic Team recognizes student-athletes who excel both on the court and in the classroom. All the members of the team boast a 3.30 cumulative grade point average or better and participated in at least half of their team’s matches.