Men's Tennis Set to Face USC in SEC Second Round 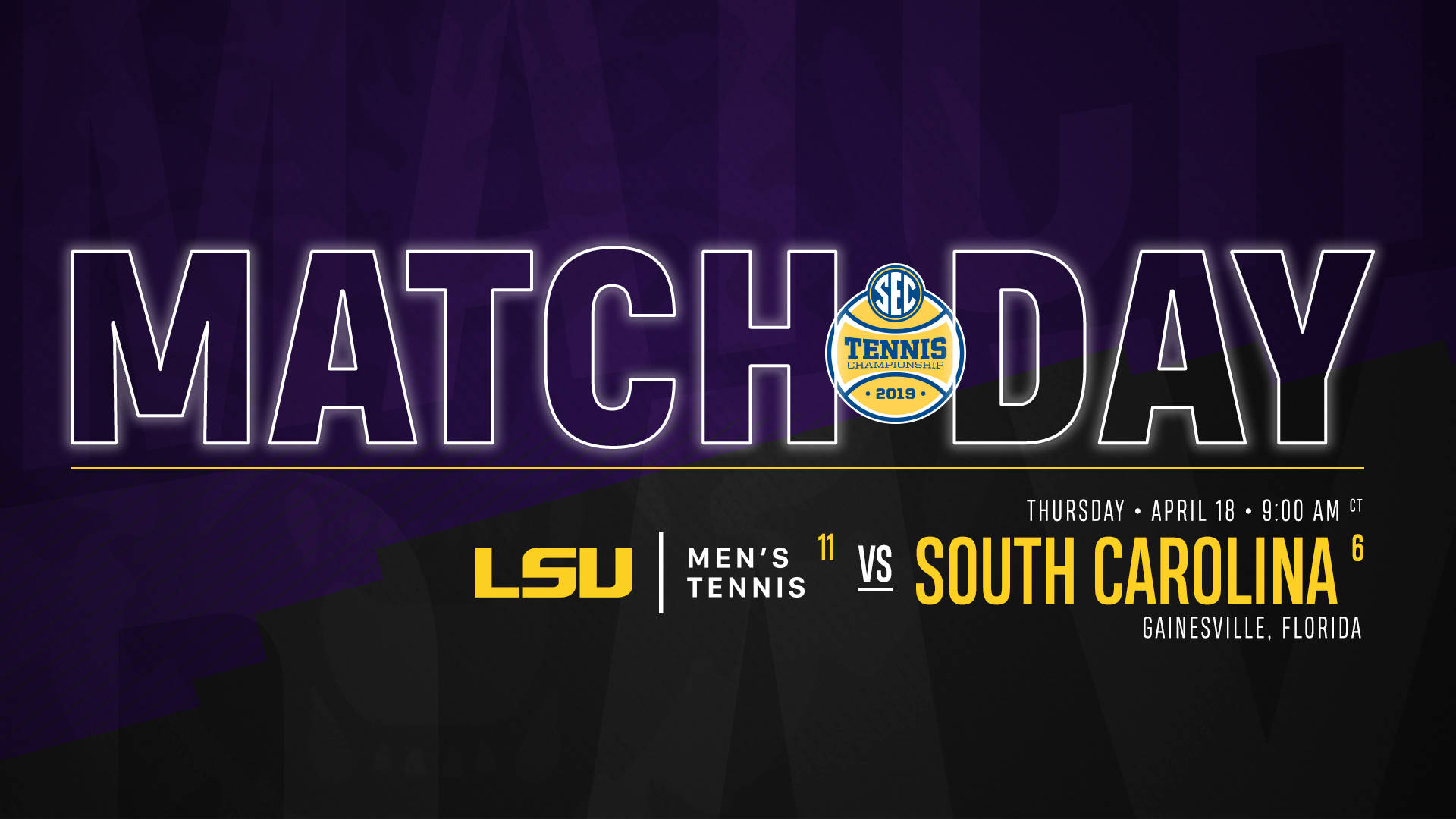 GAINESVILLE, Fla. – The 11th-seeded LSU men’s tennis team will take on No. 6 South Carolina in the second round of the SEC Tournament Thursday at 8 a.m. CT in the Ring Tennis Complex.

Live video and stats for the matches will be available at lsul.su/2Gr3Cyc.

Thoughts from Co-Head Coach Andy Brandi
“We have a tough match against South Carolina tomorrow. We had a very competitive match against them in Columbia. It will be a close one that we hope swings in favor of the Tigers.”

The Matchup
LSU has the 29-13 overall advantage against South Carolina. Earlier this season, Malik Bhatnagar and Boris Kozlov accumulated wins in the Tigers’ 5-2 loss in Columbia, South Carolina.

The Tigers fell in both of their matches last week, dropping its Friday contest to Ole Miss, 4-3, and its Sunday match to Mississippi State, 4-0.

In the latest ITA poll, the Tigers are No. 42 as a team, and freshman Boris Kozlov has remained in the singles rankings at No. 109. For the first time this season, there are two doubles pairs ranked. Rafael Wagner and Joey Thomas are No. 35 and Shane Monroe and Daniel Moreno are No. 83.

Kozlov leads the Tigers with a 17-5 record on the dual season and seven conference wins. He has split time between courts three and four. Joey Thomas has compiled a 15-6 record on court five, and freshman Daniel Moreno has entered the lineup at No. 6 and currently is on a three-match win streak.

Notes on the Gamecocks
South Carolina is the No. 22 team in the nation, and the Gamecocks are 15-8 overall and compiled five conference wins.

Paul Jubb is listed as the No. 6 player in singles, and Daniel Rodrigues is No. 119. Jubb and Raphael Lambling are the No. 54 doubles duo.

Jubb has an impressive 17-1 overall record in the dual season on court one. Rodrigues is 15-6 on the year with wins across the top three courts.