Softball Hits Road to Take on No. 19/25 Arkansas 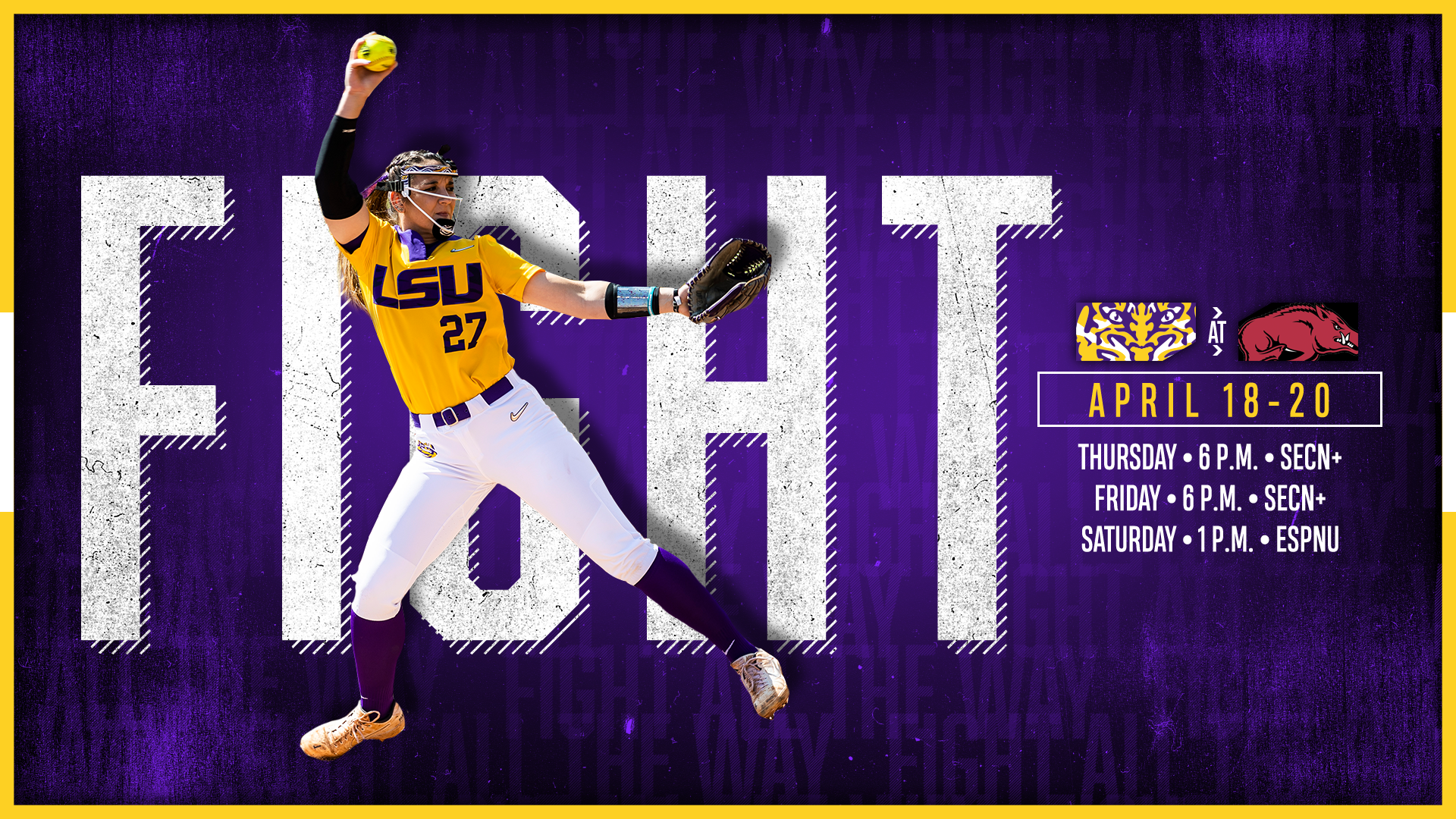 About the Tigers
LSU, who is in second place of the SEC, will look for its seventh-straight SEC series win after defeating Kentucky in games two and three last weekend. The Tigers are hitting .332 on the year, which leads the SEC. The Tigers also lead the SEC in slugging percentage (.568) and on-base percentage (.439). The Tigers have hit 61 home runs thus far and are just five away from breaking the single-season record.

Amanda Sanchez leads the Tigers and is second in the SEC with a .450 batting average. Aliyah Andrews has stolen 41 bases on the year which is four away from tying the single-season record. Shemiah Sanchez has been hot at the plate, hitting five home runs in the last 10 games. She has hit multiple home runs in four games this season.

In the circle, Maribeth Gorsuch and Shelby Wickersham are both 10-1. Wickersham owns a 1.76 ERA, while Gorsuch and Shelbi Sunseri both have a 2.13 ERA. Sunseri leads the Tigers in strikeouts with 58 in 79 innings of work. She has struck out 15 in the last 18.1 innings.

Torina’s Thoughts
“Arkansas is really good. They have a great offense and two great pitchers that we will have to learn. We will have to prepare for another great SEC series. The SEC is so tough because it is a tough opponent every week.”

Scouting the Opposition
Arkansas
Arkansas comes into the series with a 32-14 overall record and sit in 10th place of the SEC. They are hitting .295 as a team and averaging 5.3 runs per game. They have hit 39 home runs as a team. As a pitching staff, they have a 2.20 ERA with 10 shutouts and an opponent batting average of .221.

Hannah McEwen leads the team with a .362 average. She has scored a team-high of 37 runs on the year with 54 hits, including 10 doubles. Danielle Gibson leads the team in home runs with 10.

What’s On Deck
The Tigers return home for their final midweek game of the year, taking on ULM in Tiger Park on Tuesday, April 23 at 6 p.m. The Tigers will be back on the road next weekend, playing a three-game series at Baylor.