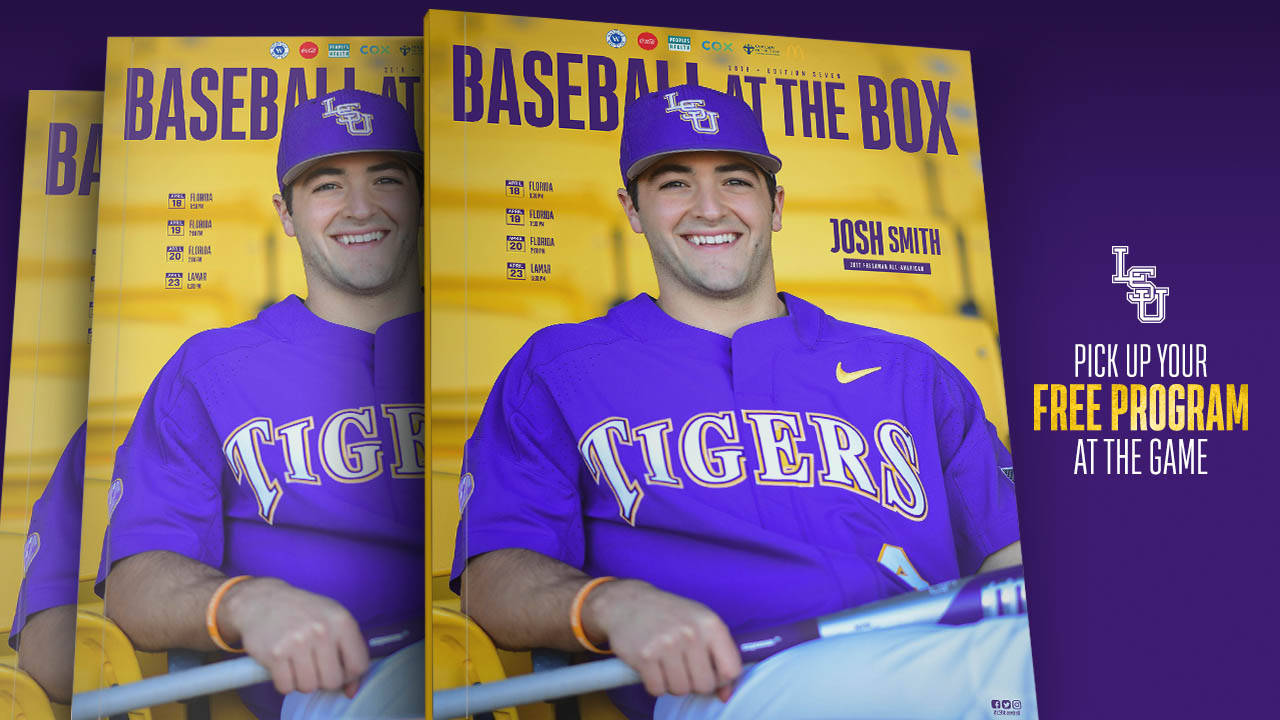 After more than two months, Josh Smith decided it was time for a change.

This is no small act. Baseball fosters an uncanny dependence upon routine. Players will don unspeakably dirty items of clothing and repeat ridiculous feats of pregame superstition if they believe it offers some incremental hope of increased success.

So changing his walk-up song while sporting a .349 batting average earlier this season was an unorthodox move from LSU’s junior shortstop, but it was one he deemed necessary.

Out with “Welcome Back,” a nod to his sidelined sophomore season in 2018. In with “Suga Suga,” which was supposed to be his walk-up song during that sidelined season.

Smith might’ve changed his tune, but Paul Mainieri will keep singing his shortstop’s praises. No matter what’s playing when he’s walking up to the plate, Smith continues to rake. Through 34 games, he ranked second on the team in batting average and on-base plus slugging percentage. He’s been the most consistent bat in the Tiger lineup, with a team-high 13 multiple-hit games after starting the season with a 24-game on-base streak.

Meanwhile, he’s flashed an All-American glove at shortstop, making the extraordinary look routine and the routine look certain. It’s a combination of Smith’s work with the glove and the bat that has Mainieri drawing lofty comparisons.

“Offensively and defensively, I think you’d be hard pressed to find a better all-around shortstop than Josh Smith in the entire country,” Mainieri says. “I think he’s playing at a level very close to what Alex Bregman played at a few years back.”

“The fortunate thing is he’s played great,” Mainieri says. “The unfortunate thing for us is he’ll probably be gone after this year because he gets drafted so high.”

Things could be worse, like they were a year ago for Smith. After a Freshman All-America campaign during LSU’s run to the College World Series finals in 2017, Smith entered his sophomore season with high hopes, moving from third base to shortstop and carrying the weight of preseason expectations on his shoulders.

His shoulders were fine to handle the burden. It was his back that gave out, an unlikely stress reaction that cost him all but six games of the season.

Smith dedicated his offseason to rebuilding his core, following a strict workout regimen – the Watkins Back Protocol – to strengthen and solidify and ready himself for a junior campaign.

The result: the guy teammates call J-Smooth looks smoother than ever, making plays and providing a vocal leadership Mainieri feels his team needs from its shortstop.

“He’s not afraid to tell people what he thinks, there’s no doubt about that,” Mainieri says. “He’s a very confident young man. He’s been clutch for us all year, offensively and defensively. He’s an excellent base runner. He takes the extra base, has stolen some bases.”

“We were always concerned about his future, because with an injury to the back, you never know,” Mainieri says. “But he has had zero problems with it. He’s done a very meticulous core exercise program with it, stretching, strengthening. And he’s played great.”

Part of the improvement is natural advancement along the learning curve, and part is the new strength Smith has with his rebuilt core.

But baseball demands more of players mentally than physically, and Smith’s season away from the sport shifted his outlook in a way that’s fueled his performance on the field. The sport he’s loved since he was three years old had begun to feel, at times, like a job – until it was taken away.

Now he’s back. And his perspective, like his walk-up song, has undergone a welcome transformation.

“Last year, not getting to play much, for me to come back this year has taken it to a whole new perspective,” he says. “Just go out, have fun, enjoy my time here. Not many kids get to come out and live their dream and play at LSU like I have.”