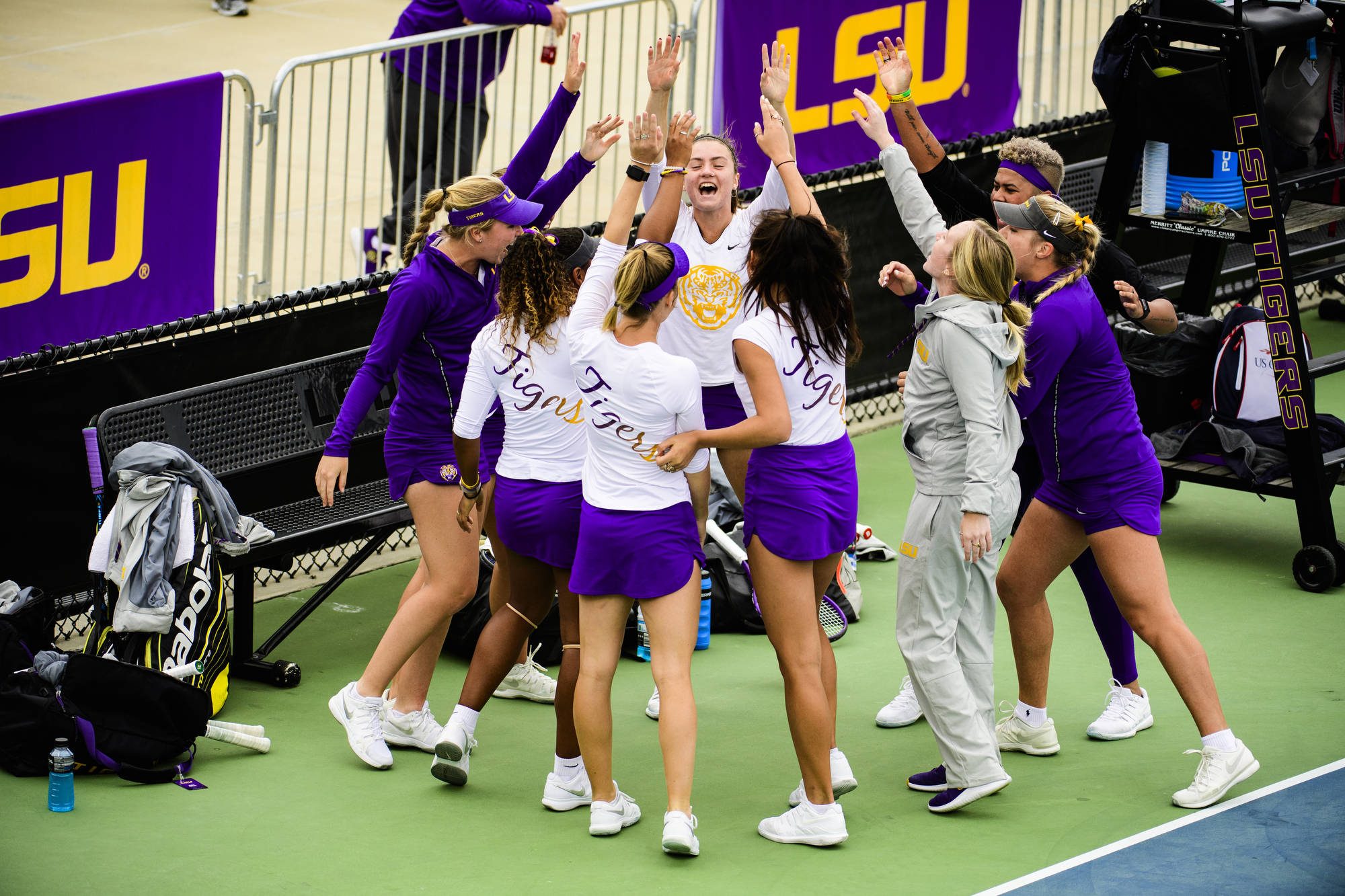 COLLEGE STATION, Texas – The ninth-seeded LSU women’s tennis team will begin its campaign in the SEC Tournament at 2 p.m. CT on Thursday, April 18 when they take on the eight seed Alabama at the Mitchell Tennis Center on the campus of Texas A&M.

LSU has a 32-15 advantage in the series against Alabama, including wins in the last four meetings. When the teams met during the regular season at the LSU Tennis Complex, the Tigers swept the Crimson Tide 4-0. LSU earned the doubles point before senior Jessica Golovin and sophomores Taylor Bridges and Eden Richardson defeated their singles opponents in straight sets.

The Tigers finished the regular season 15-10 overall and 5-8 in SEC play. Last weekend, LSU split its road trip to Mississippi, defeating Ole Miss 4-1 on Friday before dropping a match to Mississippi State by the score of 4-3 on Sunday.

No. 8-ranked Richardson leads the team in conference wins with eight and overall wins with 22. She also has a team-high eight wins against ranked opponents, including a win over the ITA No. 1 Katarina Jokic of Georgia.

Golovin checked in at No. 61 in this week’s rankings update. Golovin finished the regular season with seven wins in SEC play, and fifteen overall. She has six wins over ranked opponents this season, including a win over Top-10 foe Christina Rosca of Vanderbilt.

In doubles, the defending NCAA doubles champions pair of Richardson and Golovin are ranked at No. 15. The duo has nineteen wins this season at the No. 1 doubles, including five against ranked opponents.

Notes on the Crimson Tide

The Crimson Tide feature one woman in the ITA singles rankings, Andie Daniell at No. 49. Daniell leads the team with 23 wins overall in the season and a team-high ten wins against ranked opponents, including a Top 10 victory over Florida’s Ida Jarlskog. Ann Selim and Alba Cortina Pou join Daniell as the only players to reach twenty wins overall in the season for Alabama.

In doubles play, Luca Fabian and Cortina Pou tally the most wins for the Crimson Tide with 18 and a team-high five in SEC play.