Richardson Moves One Spot to No. 8 in Latest ITA Rankings 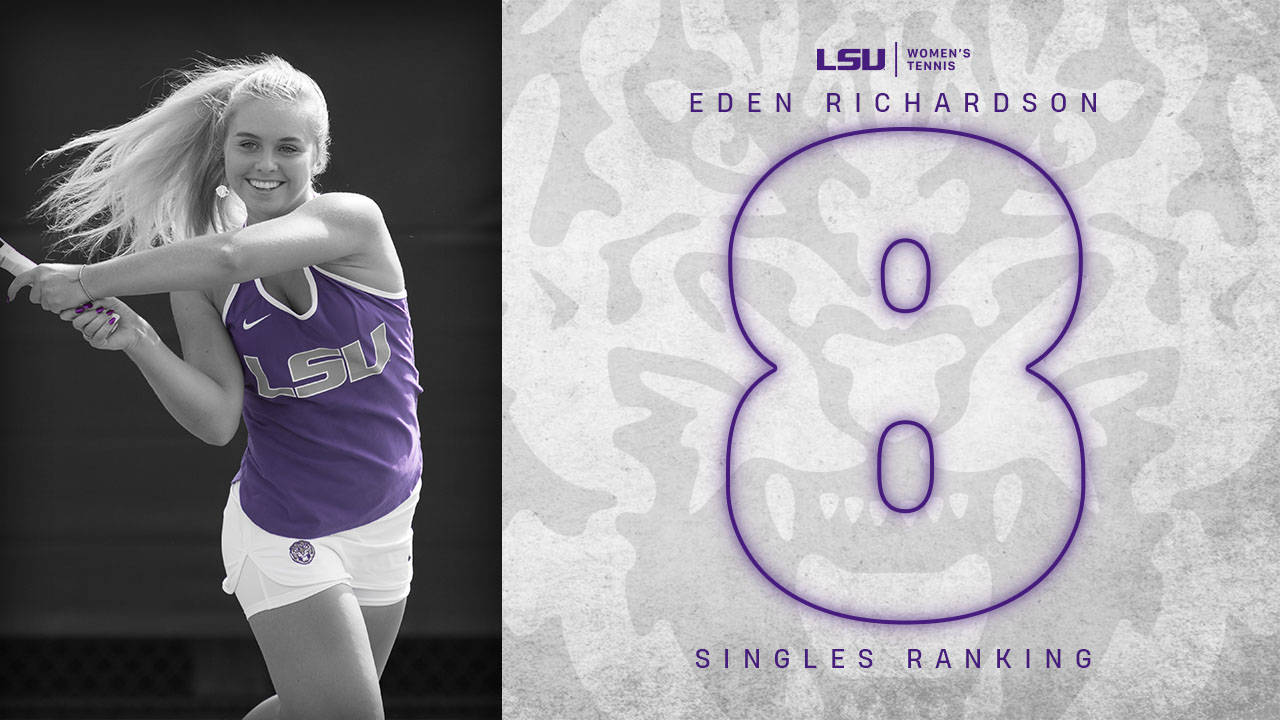 BATON ROUGE — LSU women’s tennis player Eden Richardson moved up one spot to No. 8 in this week’s ITA/Oracle rankings.

This is Richardson’s fifth consecutive week in the Top 10, the longest a Tiger has remained in the Top 10 since 2008 and the highest ranking since 2009. The sophomore from Bath, England finished the regular season with a team-high eight wins in SEC play, including two wins against national Top-3 opponents.

Senior Jessica Golovin moved to No. 61 in this week’s rankings. Golovin has fifteen wins overall this season, including six wins against ranked opposition. Her seven wins in SEC play this season put her second on the team in conference wins.

In doubles, Richardson and Golovin are ranked No. 15. The duo has assembled a 19-6 overall record at the No. 1 doubles spot for LSU this season, which includes five wins over nationally ranked opponents.

In the team rankings, LSU checked in at No. 28.

Up next, the Tigers will travel to College Station to take part in the 2019 SEC Tournament. LSU will face Alabama in the second round at 2 p.m. CT on Thursday, April 18.