Harrison is SEC Men's Field Athlete of the Week 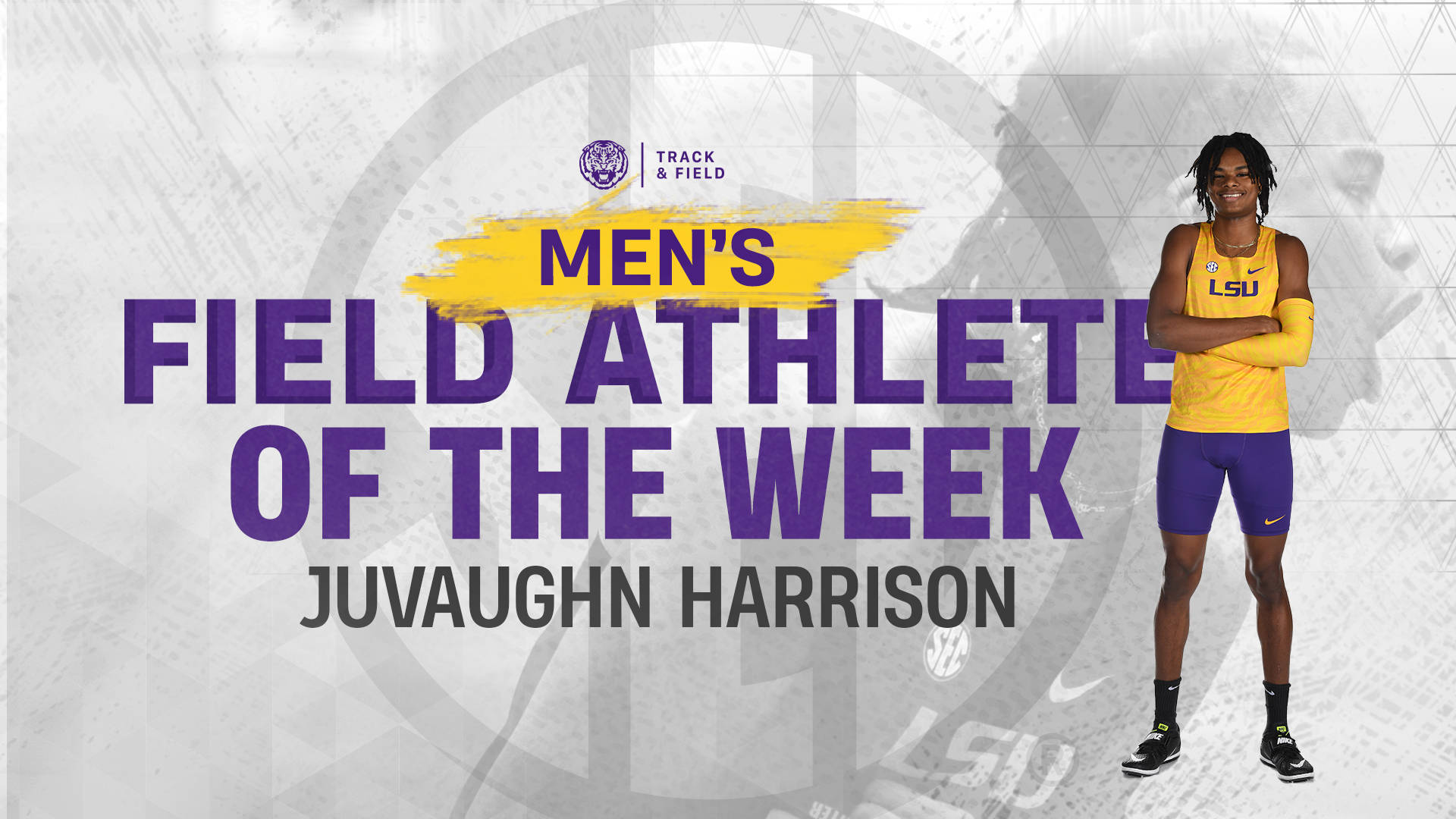 😱 a BIG season opener from @jaay_jumps

It was Harrison’s first time competing in the long jump outdoors this season and he leaped out to an NCAA lead in the event. The sophomore’s winning jump came on his sixth and final attempt when he soared 26′ 9.75” (8.17 meters) through the air into the sandpit. The mark is the best in the nation by four inches, it ranks No. 4 in the world, and it’s No. 4 in the LSU outdoor record book.

Thanks to Harrison’s national lead and the 4×400 meter relay of Dorian Camel, Raymond Kibet, Correion Mosby, and Tyler Terry clocking an NCAA lead of 3:02.88 the LSU men’s track and field team moved up to No. 4 in the U.S. Track & Field and Cross Country Coaches Association ratings index. The No. 4 ranking for the men’s squad is the highest outdoor ranking since the end of the season in 2016. Other athletes who clocked top-10 national marks at the Hurricane Invitational were Damion Thomas (110m hurdles/13.60/No. 6 NCAA) and Jaron Flournoy (100m dash/10.14/No. 7 NCAA).

The women moved up one spot in the rankings to No. 4 as well. Freshman Sha’Carri Richardson made her collegiate debut in the outdoor 200 meters with a time of 22.99 to win gold and rank ninth nationally, and the women’s 4×400 meter relay of Kiya Oviosun, Brittley Humphrey, Milan Young and Jurnee Woodward clocked the 10th-best time in the nation with a season best of 3:34.68.