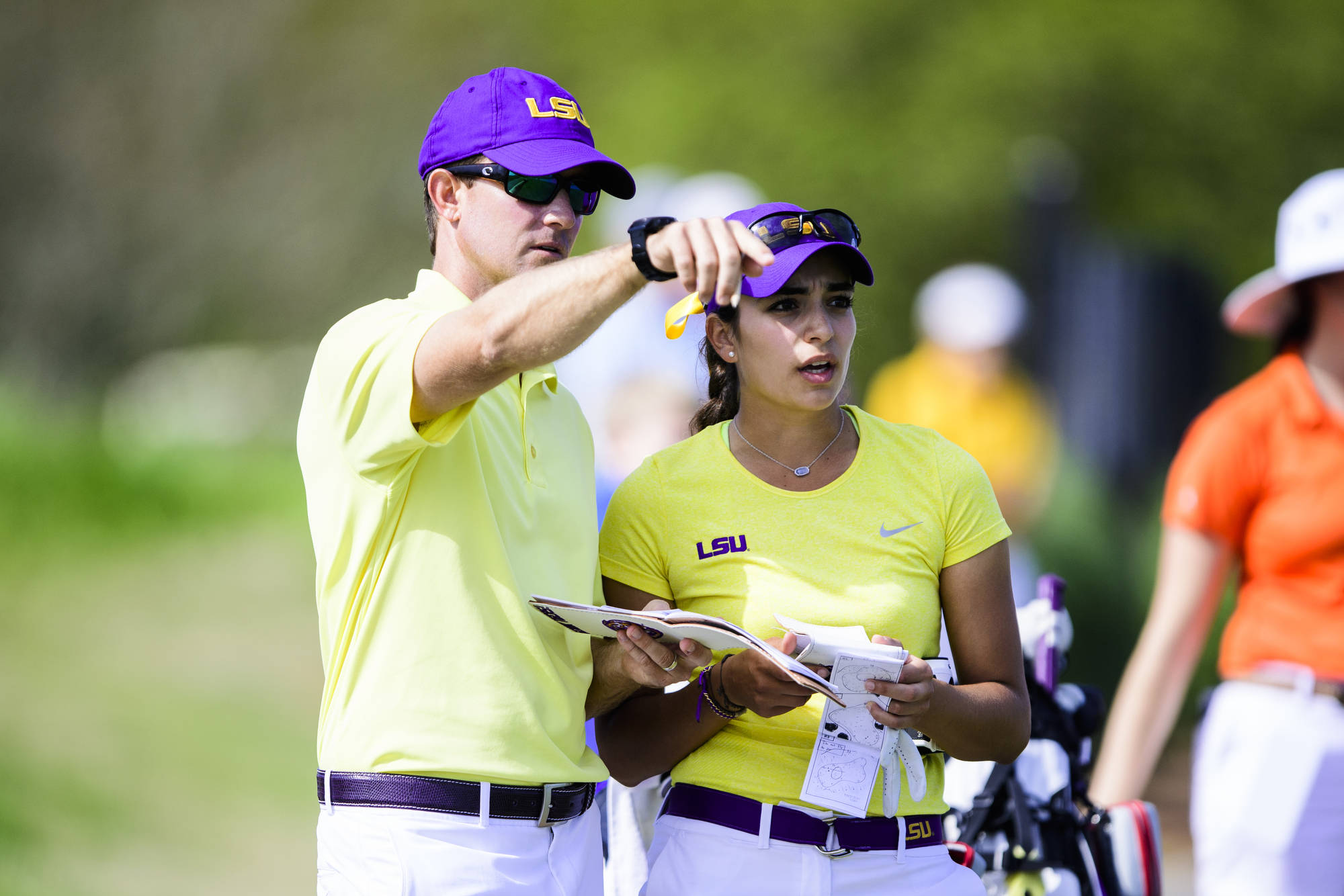 BATON ROUGE, La. – Excited is Garrett Runion‘s favorite word this week as the first-year head coach of the LSU women’s golf team leads his squad into the 2019 SEC Championship, April 17-19 at the Greystone Golf and Country Club Legacy Course in Birmingham, Alabama. Live scoring will be available at GolfStat.com.

“I am very excited and looking forward to this year’s SEC Championship,” said Runion. “Selfishly, I am looking forward to the tournament as it will be my first time as the head coach of the LSU women’s team. And, secondly, I’m excited for our ladies who get to compete this week and have been trending in the right direction over our last few tournaments.”

Senior Kathleen Gallagher and junior Monica Dibildox make the return trip to the Legacy Course at Greystone, while sophomore Kendall Griffin and freshmen Presley Baggett and Alden Wallace are making their first appearance at the SEC’s postseason event. This will be Gallagher’s fourth appearance at the SEC Championship with her best performance coming in 2017 at 2-under 214 and a tie for 17th. Dibildox earned her way into last season’s SEC lineup after missing a majority of the Spring season and posted the second-lowest counting score for LSU in each round of the 2018 tournament.

“I know our three underclassmen, Kendall, Alden and Presley, are excited to compete in their first SEC Championship,” said Runion. “They all want to play well for our lone senior, Kathleen, who will be giving everything she’s got in her last SEC Championship.”

“With match play only in its second season on the women’s side, I feel we have a slight advantage since I was able to experience it two times at the SEC men’s tournament and three more times at the NCAA National Championship,” continued Runion. “There are a number of small details that can make a big difference, and if we get the opportunity to make it to match play, I like my team’s chances as we can get a win from any one of our players.”

LSU is coming off of two strong regular season performances to boost the team’s confidence heading into the postseason. The Tigers shot their two lowest rounds of the season at the Clemson Invitational, and were closing in on a third when inclement weather intervened. LSU was sitting at 8-under through 12-15 holes in the third round which had the potential to be the lowest round played by the Tigers since the 2014-15 season. LSU also played strong at its home tournament to finish runner-up with its seventh lowest score of the season in the final round.

As a squad, the Tigers are shooting 298.09, over a three-stroke average lower than last year’s numbers. Dibildox holds the team’s low average at 74.30 and has the most round on the team of par or lower at five. Gallagher is shooting a 75.35 average and, along with Griffin at 75.87, has four rounds of par or under this season. Baggett (75.67) and Wallace (75.70) each have three rounds of par or lower, while Baggett is the only Tiger to have every round count towards the team score this season.

* Gallagher is a second-generation LSU women’s golfer. Her mother is Cissye Meeks Gallagher who played for the Tigers from 1984-88. They are the first mother-daughter pairing to play for LSU.

* Golfweek has the Tigers ranked No. 46 overall with strength of schedule ranked No. 18 going into the SEC Championship. Golfstat has LSU ranked No. 50.