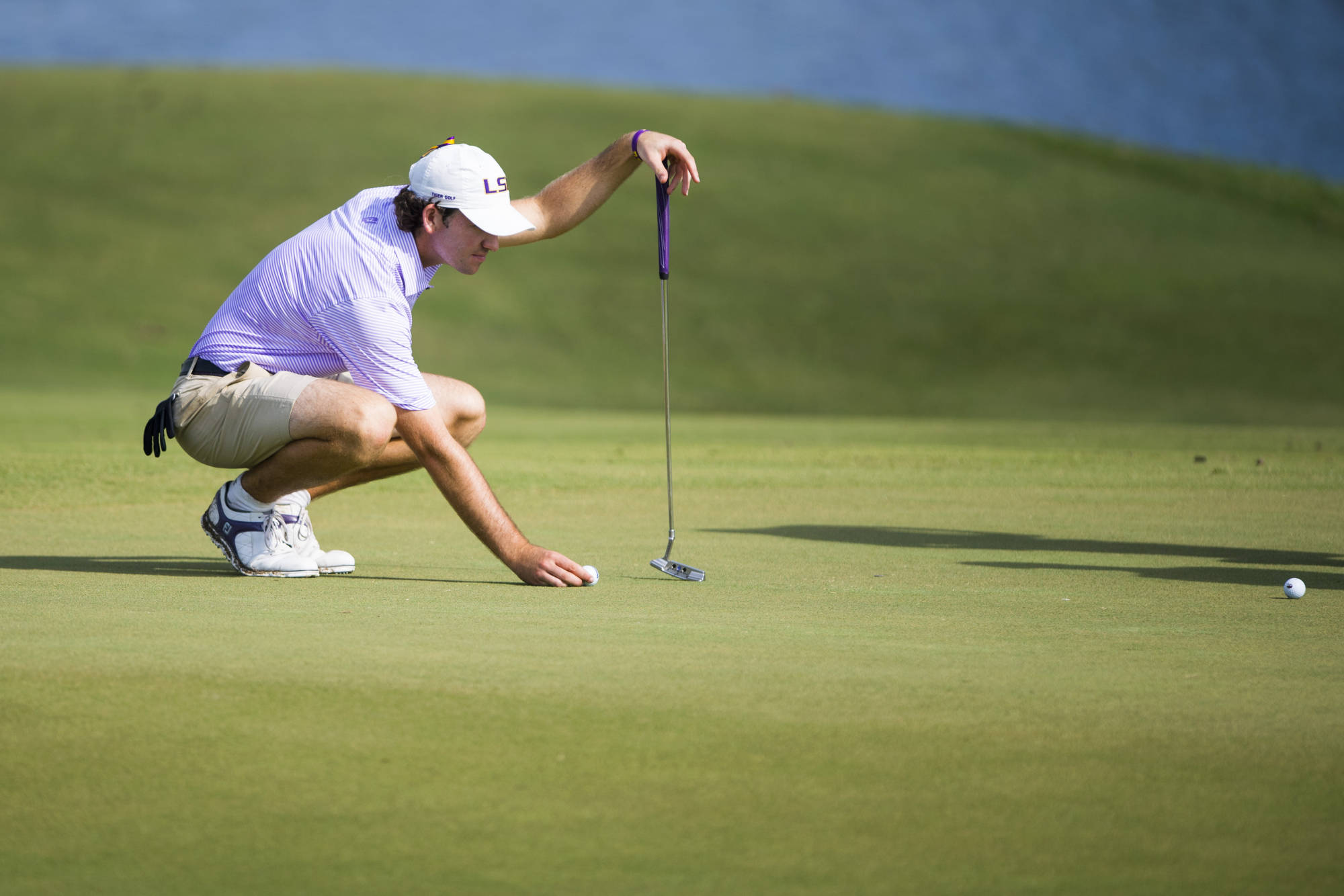 BIRMINGHAM, Ala. – The 12th-ranked LSU men’s golf team is currently tied for first place with No. 24 Alabama following the first round of the Shoals Invitational. The Tigers shot 3-under 285, anchored by Philip Barbaree‘s 5-under 67 for the top spot on the player leaderboard.

The seven birdies by Barbaree in the first round is a career high and the most in round one by any player in the tournament. The junior from Shreveport, Louisiana, had made six birdies in a round three times previously in his career. The 5-under par round matches the lowest of his career when he shot 5-under 66 at The Prestige in February.

Freshman Michael Sanders is currently in second place, while competing as an individual, after shooting a 4-under 68. It is his fourth career round of 4-under or lower which leads the team in 2018-19. The Davidson, North Carolina, native started on the back nine and birdied four straight on holes Nos. 14-17.

Garrett Barber is sitting in a three-way tie for third place after shooting a 3-under 69. He registered the first eagle of his collegiate career on the par 5 third hole. It is the fourth time this season that the freshman from Stuart, Florida, has shot 3-under or lower. Trey Winstead and Luis Gagne provided the additional counting scores for the first round.

Four players were still on the course when first round play was suspended at 7:15 p.m. CT. Play will resume at 8:30 a.m. CT, then lead straight into round two.