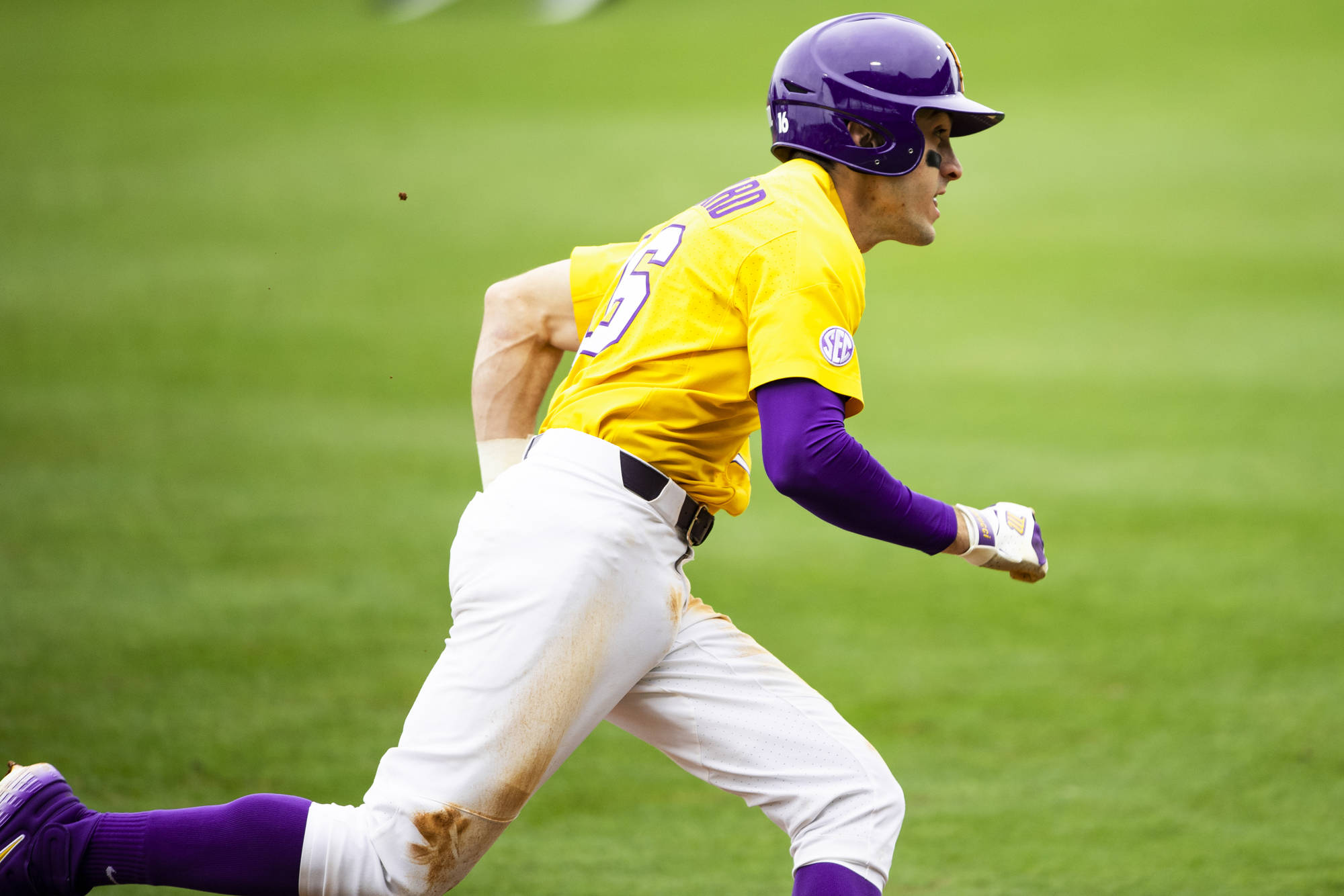 STADIUM
The Shrine on Airline in Metairie, La.

SERIES RECORD
LSU leads the all-time series with UL-Lafayette, 55-26, as the squads first met in 1912. LSU has won five of the last seven and 15 of the 22 meetings with ULL since 2000. However, the Cajuns defeated the Tigers twice during the 2018 season – a 3-1 win in the Pontiff Classic on March 27, and a 4-3, 10-inning victory on March 7 at Moore Field in Lafayette. Tuesday’s game marks the fifth straight year and sixth time overall LSU and the Cajuns will meet in the Wally Pontiff Jr. Classic – the Tigers won the first four Classic games over the Cajuns in 2009, 2015, 2016 and 2017 before UL-Lafayette captured last year’s Classic matchup.
LSU coach Paul Mainieri has an 11-5 career mark against UL-Lafayette.

ABOUT THE WALLY PONTIFF JR. FOUNDATION CLASSIC
• Wally Pontiff Jr., an all-SEC third baseman at LSU, died in 2002 at the age of 21 due to a heart abnormality. Proceeds from Tuesday’s game will go to the Wally Pontiff Jr. Foundation, which benefits charitable organizations throughout Louisiana.

• LSU is 12-3 in the Wally Pontiff Jr. Foundation Classic, which began in 2004 when the Tigers posted a 9-3 win over Southeastern Louisiana. The Tigers are 1-0 vs. Southeastern Louisiana, 1-1 vs. Rice, 1-1 vs. New Orleans, 4-1 vs. UL-Lafayette, 4-0 vs. Southern Miss and 1-0 vs. Southern University in Wally Pontiff Jr. Classic games. Last season, UL-Lafayette posted a 3-1 win over LSU in the Pontiff Classic.

• LSU’s first game at the Shrine on Airline occurred in 1998 vs. Tulane, and the Tigers have an all-time record of 25-13 at the AAA minor league facility.

QUOTING PAUL MAINIERI
“We always look forward to playing in the New Orleans area in front of all the passionate LSU fans. The Wally Pontiff Jr. Classic is an event that honors the memory of a tremendous young man and carries on his legacy. Having UL-Lafayette as our opponent for the fifth straight year brings a lot of excitement to the game, and we have great respect for Coach (Tony) Robichaux and his program. We’re expecting an enthusiastic crowd and a terrific environment for college baseball in our state.”

ABOUT THE TIGERS
• LSU is 9-6 in the Southeastern Conference, and the Tigers are just one game behind first-place Georgia and Mississippi State in the overall league standings
• Senior rightfielder Antoine Duplantis has 312 career hits at LSU and has a chance to become the all-time hits leader in SEC history; former LSU first baseman Eddy Furniss is the all-time SEC hits leader with 352 from 1995-98 … Duplantis is No. 4 on the LSU career hits list, and he is just the sixth LSU player to collect 300 career hits … during this past weekend’s series at Missouri, he surpassed former LSU All-American Todd Walker (1992-94) for fourth place on the all-time LSU hits chart
• Duplantis also collected his 15th career triple in the Missouri series, tying Walker for No. 1 on the all-time LSU triples list
• Senior second baseman Brandt Broussard led LSU at the plate in the Missouri series, batting .385 (5-for-13) with two doubles and four RBI … in LSU’s 12-11 win over Mizzou on Friday night, Broussard was 2-for-5 with a double and three RBI to lead LSU’s 13-hit output
• Junior centerfielder Zach Watson and senior third baseman Chris Reid each produced two RBI in the Missouri series, but both saw only limited action due to injury … Watson suffered a groin injury in the eighth inning of Game 1 and did not play for the remainder of the series … Reid strained a hamstring early in Game 2, causing him to leave the contest after the third inning and miss the rest of the series
• Junior right-hander Todd Peterson was brilliant in relief on Friday night at Missouri to earn his third win of the season … Peterson entered the game at the start of the seventh inning with the score tied 11-11 and worked three perfect innings with five strikeouts … LSU scored the eventual winning run in the top of the 10th inning to give Peterson the victory

ABOUT THE CAJUNS
• The Cajuns are 19-20 overall, 8-7 in the Sun Belt Conference … UL-Lafayette won two of three games over South Alabama in an SBC series last weekend in Lafayette
• UL-Lafayette is batting .261 as a team with 40 homers and 69 steals in 96 attempts … the Cajuns are led at the plate by junior outfielder/infielder Todd Lott, who is batting .328 with six doubles, four homers, and 21 RBI … sophomore infielder Hayden Cantrelle is batting .326 with nine doubles, one triple, eight homers and 22 RBI, and senior catcher Handsome Monica has team-highs of nine homers and 24 RBI