Agnew & Rasnick-Pope to tryout for USAV Beach U21 Team 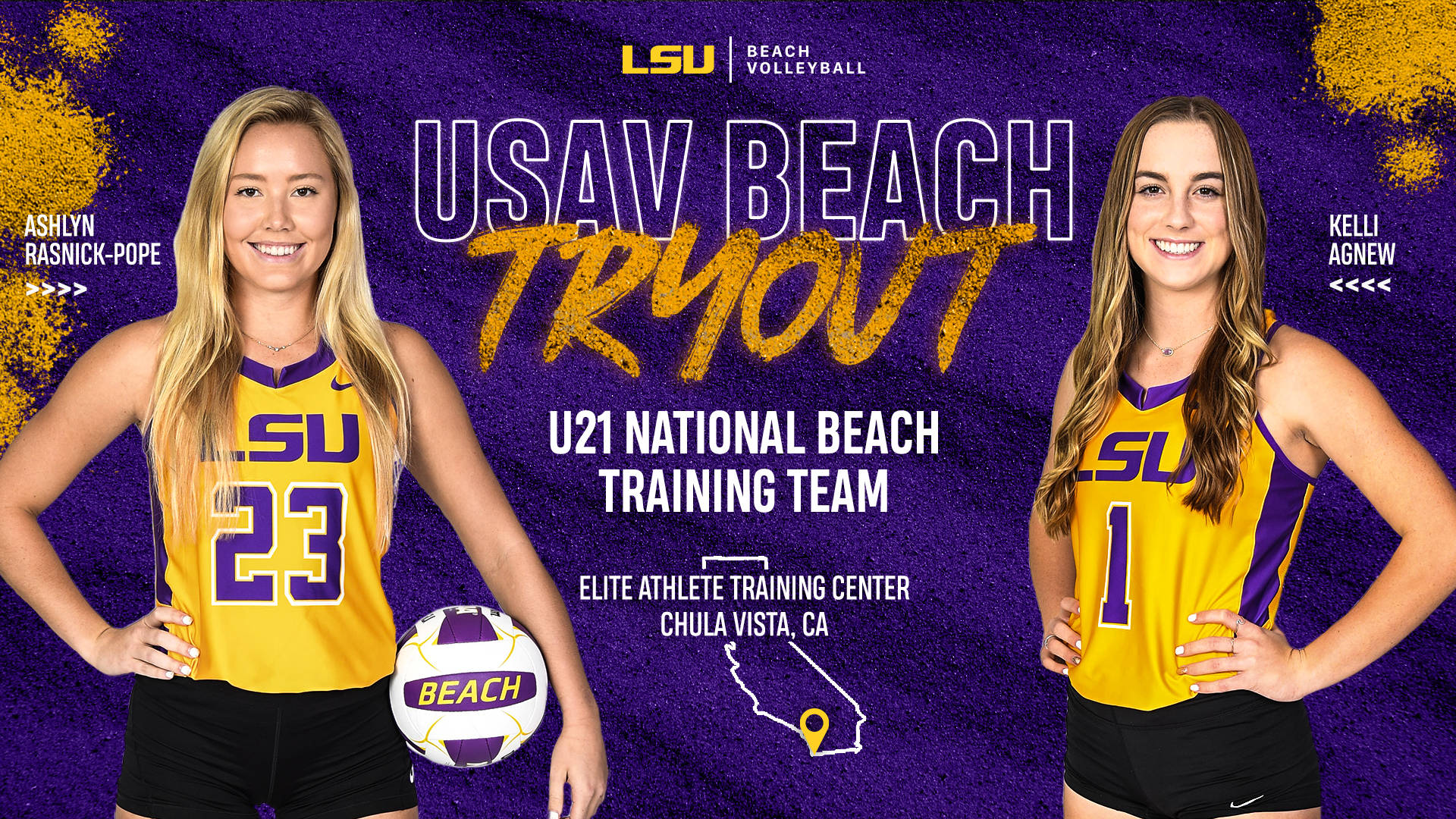 The LSU freshmen were invited by the USAV to compete in the tryout where three pairs will ultimately be selected to be a part of the USA Delegation for the FIVB U21 World Beach Championships in Udon Thani City, Thailand. The top two pairs will be a part of the delegations and the third place pair will be submitted as a reserve team.

Agnew and Rasnick-Pope have come in as freshmen and have helped take the program to new heights in 2019. Both of them have totaled double-digit wins for the Tigers on a combination of Courts 2-4.

LSU, the No. 4 team in the country for the past five weeks, is currently 25-5 on the season and will head to Emerson, Georgia this week to compete in the CCSA Tournament where it finished as the runner-up last season to Florida State.

The Tigers closed out the regular season on Saturday with a 4-0 weekend at the Battle on the Bayou. This is the third straight season that LSU has tallied at least 25 wins, but this is the first time in program to reach that mark in the regular season. The Tigers finished 13-0 at home in the inaugural year of LSU Beach Volleyball Stadium.

Following the CCSA Tournament, the Tigers will await to hear their fate on Sunday, April 28, when they will discover if they are one of the eight teams selected to participate at the NCAA National Championship in Gulf Shores, Alabama. LSU has gone the past two seasons.

Agnew and Rasnick-Pope will finish up their tryout in San Diego and then will join back up with the team before the Tigers head to Georgia.