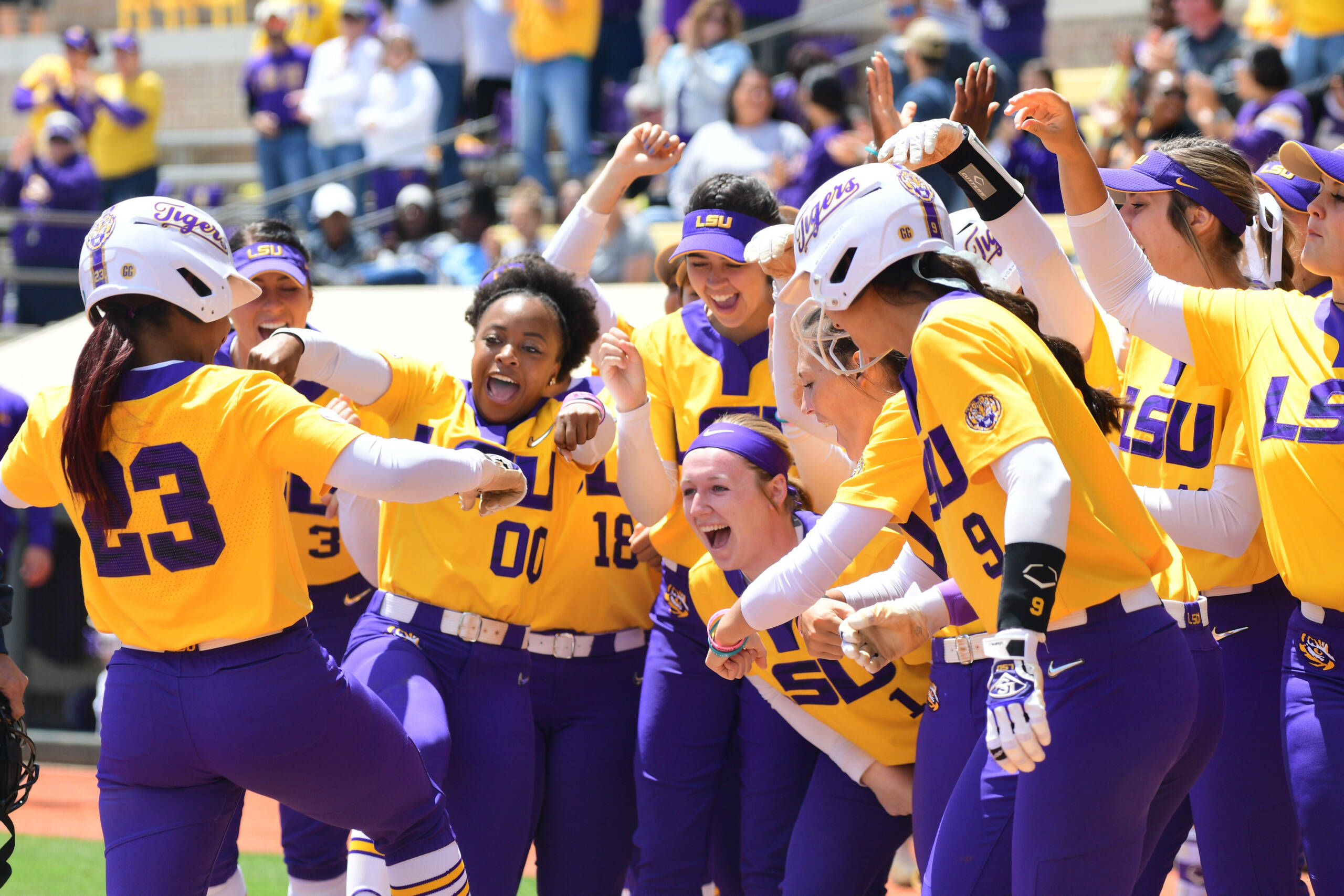 Amanda Sanchez reached base first for the Tigers on a walk in the bottom of the first inning. Shemiah Sanchez crushed the ball to right center on the first pitch, tallying her 14th homer and 39th RBI on the year. LSU led 2-0 heading into the second.

Kentucky scored one run in the top of the second on a single to center field, but Amanda Sanchez ended the inning there with a double play, leaving one runner stranded. The Tigers kept the lead, 2-1.

In the top of the third, the Wildcats scored another run on a homer to left center to tie up the game 2-2. LSU held off the rest of the Kentucky bats.

After two scoreless innings, the Tiger bats came back to life starting with a double to left center from Shelbi Sunseri in the home-half of the sixth. Shemiah Sanchez stepped up to the plate and hit a two-run homer to left center, followed by a dinger from Elyse Thornhill, her seventh on the year. LSU took a 5-2 lead on Kentucky.

The Tigers claimed the series with 5-2 victory over Kentucky after retiring three Wildcats in order in the top of the seventh.

Shelbi Sunseri held it down in the circle and gets the win, improving to 9-5 on the year. She allowed six hits on two runs and struck out six.

On the team’s resiliency…

“I like their fight a lot. They’re talented, obviously, but their guts and fight are going to take them further in the season than anything they can do talent wise.”

The Tigers head to Fayetteville this weekend for a three-game SEC series against the Arkansas Razorbacks at Bogle Park. The game on Friday will be at 6 p.m. CT and will stream live on SECN+.