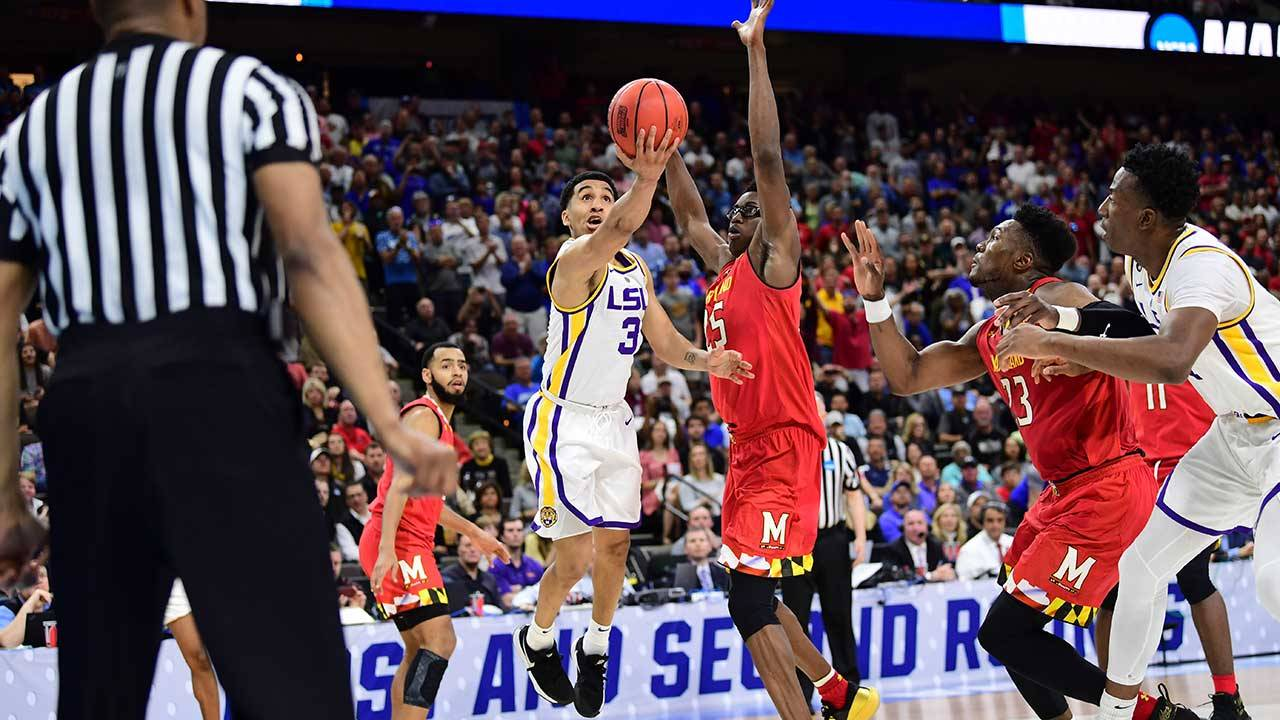 LAFAYETTE – After leading LSU to the SEC regular-season title and berth in the Sweet 16 of the NCAA Championships, sophomore point guard Tremont Waters was named Louisiana Sports Writers Association (LSWA) Men’s College Basketball Player of the Year to highlight the 2019 LSWA Men’s College Basketball Team, which was released by the organization on Saturday.

LSU Alexandria head coach Larry Cordaro was named the state’s top collegiate coach for the second time in his career with ULM’s Daishon Smith being named the LSWA Newcomer of the Year and LSU’s Naz Reid earning LSWA Freshman of the Year honors.

The 21-player team was selected in voting by a panel of media members and the state’s men’s basketball sports information directors.

Waters, the 2018 LSWA Freshman of the Year, added to his collection after averaging 15.1 points, 5.9 assists, 3.0 steals and 2.9 rebounds per game. A first-team All-SEC selection and the league’s Co- Defensive Player of the Year, Waters led the SEC and ranked second in the nation in steals while scoring in double figures in 23 contests.

The New Haven, Conn., product scored 36 points in a win over Texas A&M, highlighted by six 3-pointers, and recorded four double-doubles on the season.

With Cordaro at the helm, LSU-A posted a 30-4 overall record and 17-1 mark in Red River Athletic Conference play while clinching its fifth straight season with at least a Red River Athletic Conference regular-season or tournament championship. The Generals were ranked No. 1 nationally in the NAIA poll during the entire regular season and clinched a fifth straight trip to the NAIA Tournament, making it to the quarterfinal round.

The award as the state’s top coach was the second for the Ruston, La., native after claiming the award in 2015-16.

Smith, a graduate transfer from Wichita State, finished as the lone NCAA Division I player to average at least 20 points, 4 rebounds, 3.5 assists and 2 steals per game. The Warhawk sharpshooter led the Sun Belt in 3-point field goals made per game, free-throw percentage and steals and finished among the league leaders in scoring, 3-point field-goal percentage, assists, minutes played and field-goal percentage.

Reid, from Asbury Park, N.J., was named to the All-SEC Freshman Team after averaging 13.7 points and 7.2 rebounds per game for the Tigers. He reached double figures in scoring in 21 games during the season, with a season-high 29 coming against both Mississippi State and UNC Greensboro. His 15 rebounds in a regular-season meeting against Florida were the most by an LSU player since 2017 and he averaged a double-double (16.3 points, 10.8 rebounds) over his final four games of the regular-season.

Waters was joined on the first team by Smith, UL-Lafayette’s JaKeenan Gant, LSU-Shreveport’s Jeff Garrett – the NAIA National Player of the Year and Moses Greenwood of Southeastern Louisiana.

Loyola of New Orleans placed two players on the third team with Southern States Athletic Conference Freshman of the Year Zach Wrightsil and SSAC Defensive Player of the Year Myles Burns earning spots. The duo was joined on the third team by William Claiborne of LSU Alexandria, Marcus Stroman of UL-Lafayette and SLU’s Marlain Veal.