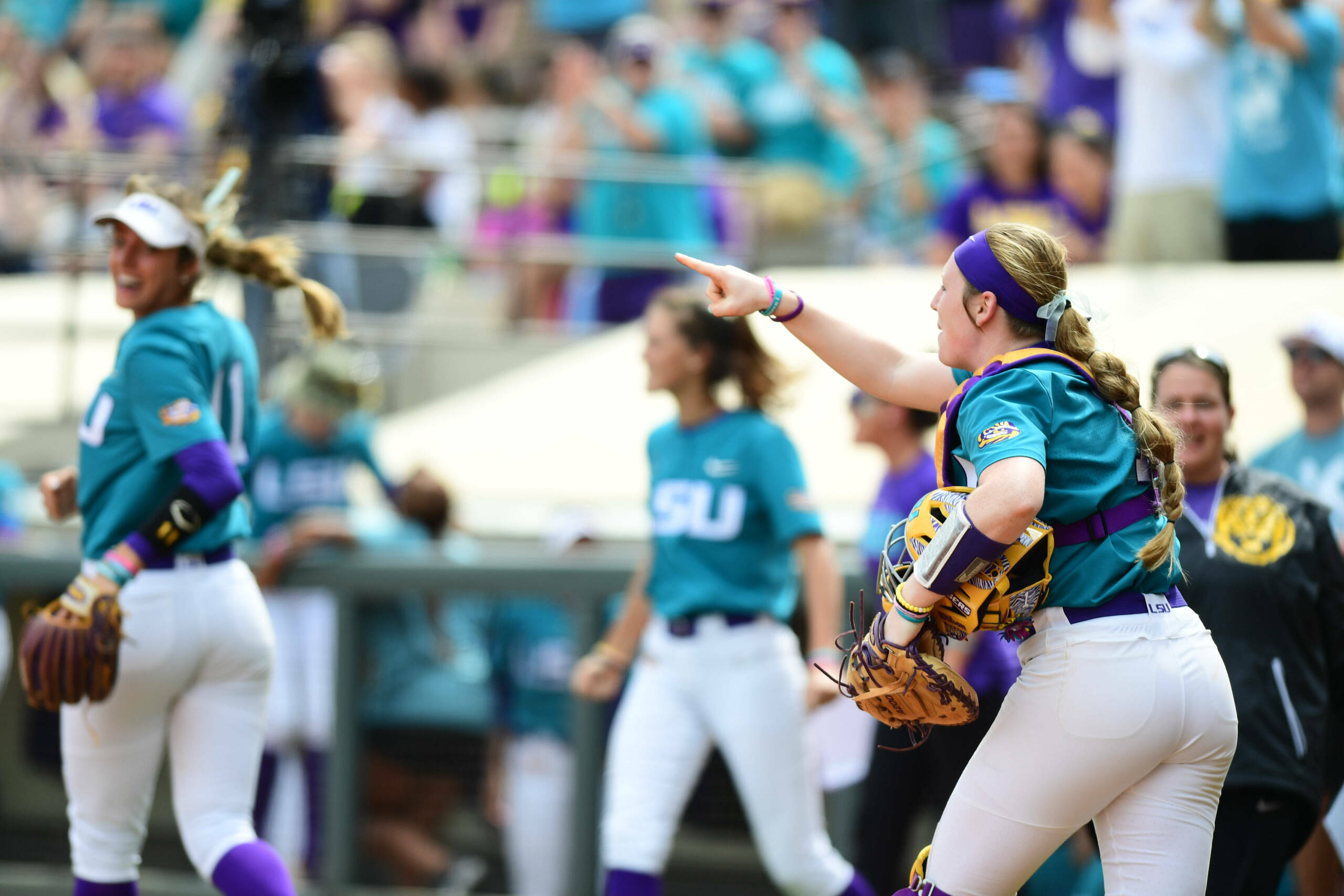 LSU was quick to put runs on the board in the bottom of the first inning. Aliyah Andrews reached on a walk, and then stole second. Shelbi Sunseri doubled to right field allowing Andrews to score the first run of the game. Elyse Thornhill and Amanda Doyle both walked to load up the bases, followed by another walk from Michaela Schlattman to score Sunseri. The Tigers led 2-0 going into the second.

In the bottom of the second, Savannah Stewart singled to left field and advanced to second on a bunt from Aliyah Andrews. Stewart advanced to third on the throw and Andrews stole second. Amanda Sanchez stepped up to the plate and hit a sacrifice fly to left field to score Stewart, upping the LSU lead 3-0.

Amanda Sanchez started the bottom of the fourth reaching on a walk. Karrington Houshmandzadeh pinch ran for Sanchez and stole second, followed by a single to shortstop from Sunseri. Shemiah Sanchez then hit a sacrifice fly to second base, allowing Houshmandzadeh to score. Thornhill reached on a walk, her second on the game, and Amanda Doyle hit an RBI single up the middle. LSU led 5-0 heading into the fifth.

Kentucky had the bases loaded in the sixth inning, but Andrews made the catch in center and gunned down Kentucky’s Abby Cheek at the plate for a double play, keeping Wildcats off the board.

Shelby Wickersham gets the win in the circle and improves to 10-1 on the year. She allowed four hits on zero runs and finished with two strikeouts in the seven innings.

On the team’s overall performance…

“I thought they did a great job. I’m proud of the performance Shelby Wickersham had. I thought we had a lot of people step up for us today and do a great job.”

On the team’s at-bats…

“The walks were huge because it just gave us a lot of baserunners and a lot of options especially on a crazy day like today where if you put the ball up in the air it doesn’t really do much. It was nice to work the count and get some baserunners.”

“Today was a big day for Shelby. She’s had some up and down moments as any freshman would, but this was a big step up performance from her especially after last night.”

“What a great play from Aliyah. I thought it was a game changing moment to be able to get out of that spot and settle the middle of their lineup.”

On the Teal Game…

“It’s really my favorite day of the whole year. It’s just a win. We won on the field, which was great, but we had already won the day by having all these women here and honoring them in their fight. It was inspiring to see all these women and we’re proud to do it for them.”

The Tigers will play Kentucky in the final game of the series at 1 p.m. on Sunday at Tiger Park. The game will stream live on SECN+.