by Grant Kauvar
Beach Volleyball's Battle on the Bayou - Saturday +0 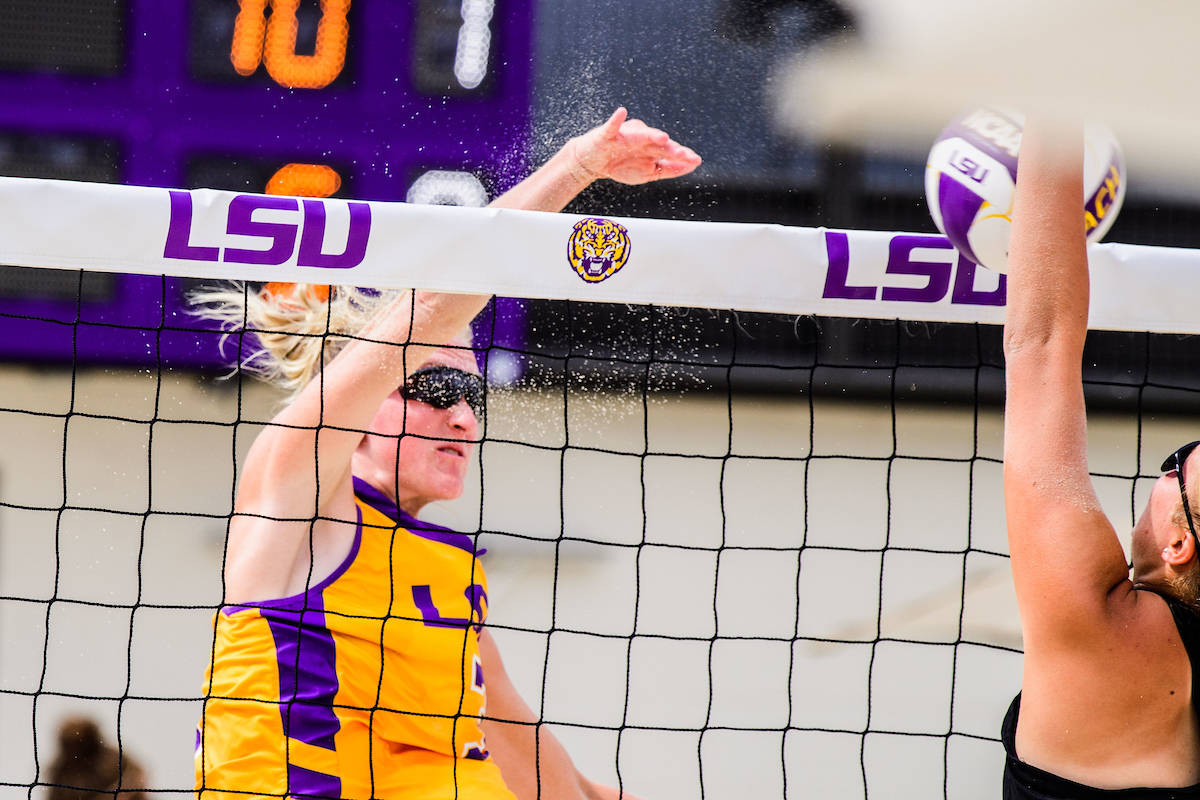 “We like playing in deep sand and that’s always a challenge to our opponents,” said LSU head coach Russell Brock. “’It’s a tradition. You know Death Valley. You know the Deaf Dome. You know The Box. You know Tiger Park. All these places are venues where it’s really challenging for opponents to win. We expect that out of our surface as well.

“It’s the expectations that we will play better and will win when we are at home.”

This is the third straight season that LSU has notched at least 25 victories, but the first time in program history to reach that mark in the regular season.

“We have not been talking about that number,” said Brock. “We’ve just been trying to get better and that has put us in a better position than we’ve ever been in before.”

“Everybody is dangerous,” said Brock. “You can’t slip up or have a bad day. For us, it’s about being focused, being disciplined and playing at a really high level every time we step in the sand.”

The Tigers will travel to Emerson, Georgia next week, April 19-21, to compete in the CCSA Tournament. LSU finished as the runner-up there last season when it fell to Florida State in the championship match.

In the first match of the day, the Tigers took down the ULM Warhawks, 4-1. LSU took every court except for Court 3. The junior pair of Claire Coppola and Kristen Nuss took the top court in straight sets, 21-17 and 21-19.