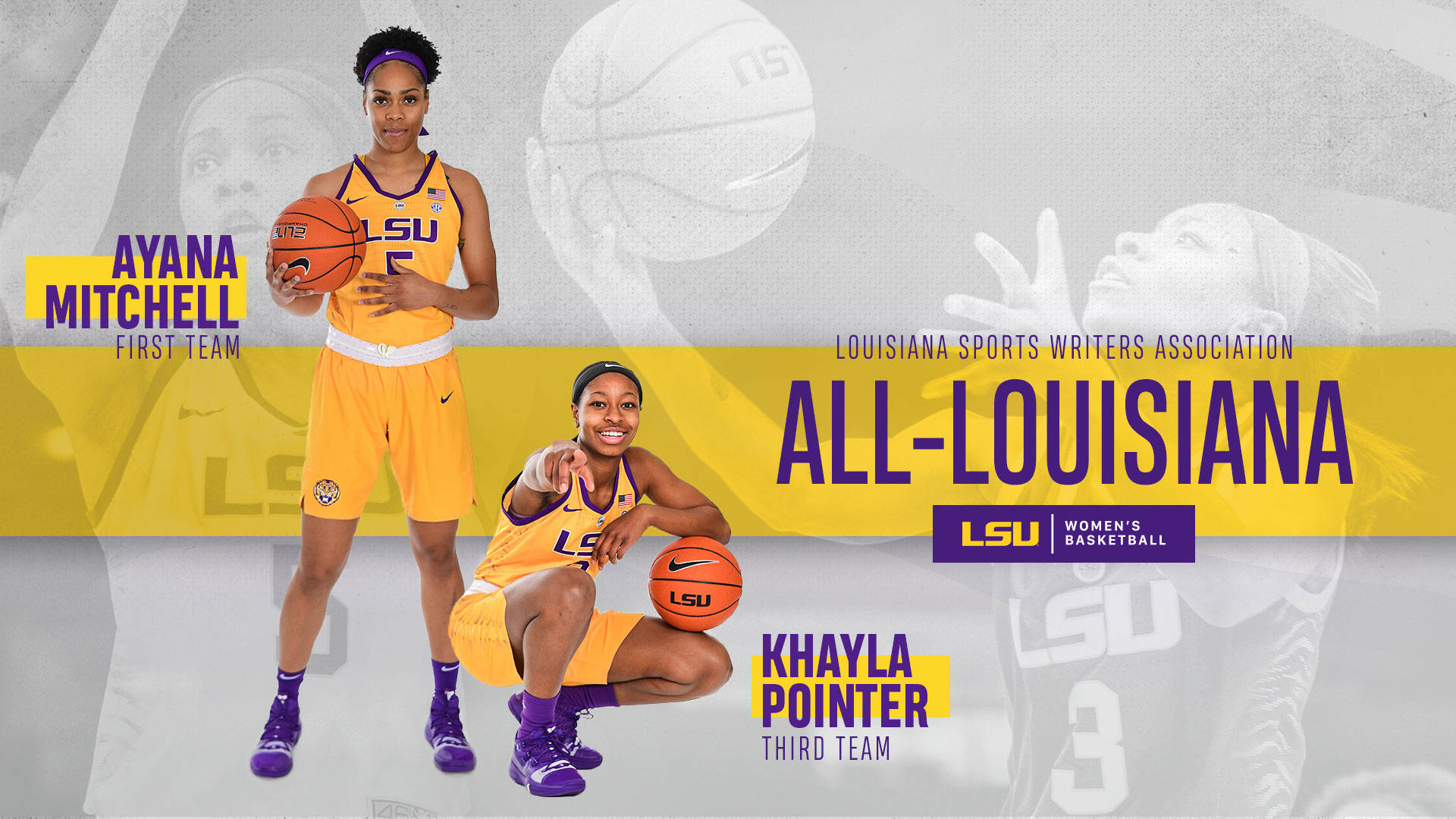 BATON ROUGE – LSU forward Ayana Mitchell and guard Khayla Pointer have been named to the 2019 All-Louisiana Team today by the Louisiana Sports Writers Association. Voting was conducted by media members from around the state and the state’s sports information directors.

Pointer was named to the All-Louisiana Third Team. The sophomore point guard led LSU and was fifth in the SEC with 4.5 assists per game. A native of Kennesaw, Georgia, she also finished the season ranked 21st in points per game (12.5) and tied for 11th in steals per game (1.7) in the SEC. Pointer recorded 16 games of five assists or more during the season, including a career-high 12 assists against McNeese for the first double-double of her career (12 points).