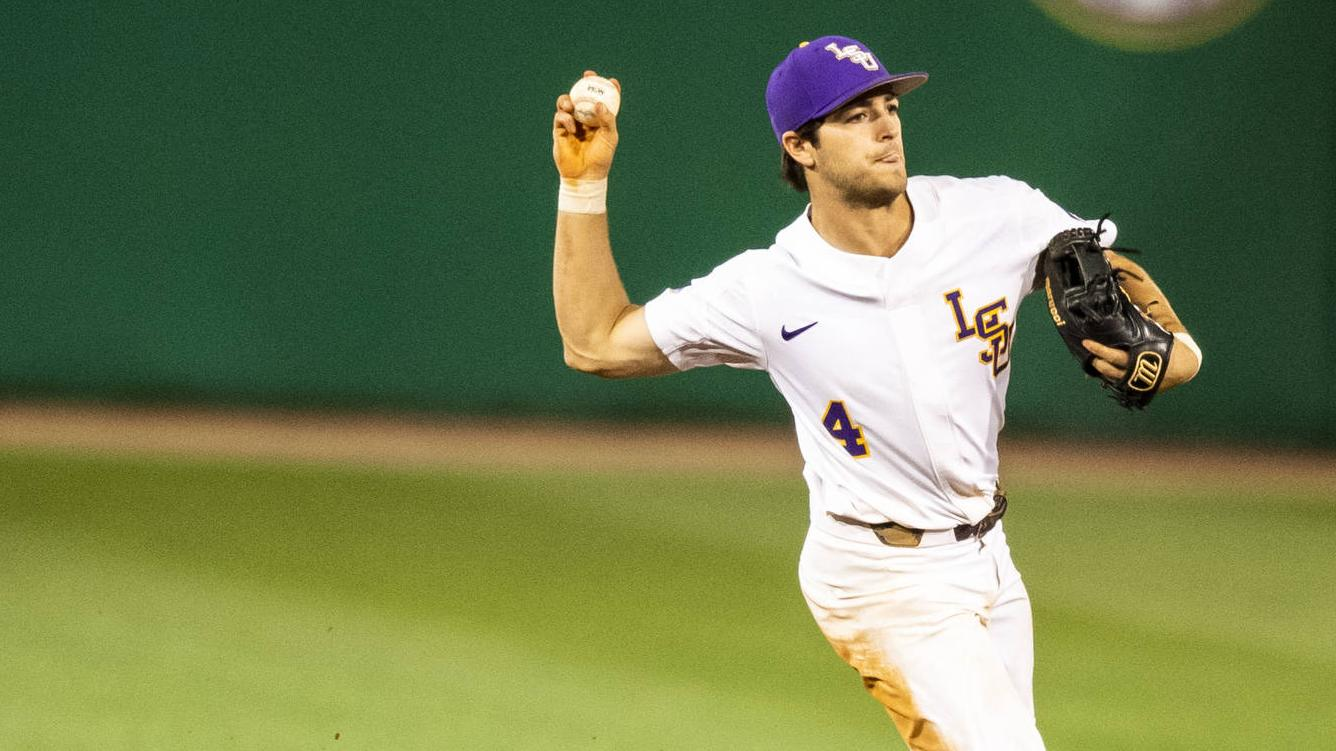 COLUMBIA, Mo. — Eighth-ranked LSU pushed across a run in the top of the 10th inning to post a 12-11 win over Missouri at Taylor Stadium.

In the top of the 10th, shortstop Josh Smith singled with one out and went to third on centerfielder Giovanni DiGiacomo‘s single. When rightfielder Antoine Duplantis grounded to third, Missouri’s Austin James threw home, but Smith slid around catcher Chad McDaniel’s tag.

Todd Peterson, the fourth of five LSU pitchers, mowed down nine batters, five by strikeout, in the seventh, eighth and ninth innings to earn the win and improve to 3-2.

Devin Fontenot notched his third save with a 1-2-3 10th inning, as LSU improved to 3-0 this season in extra-inning games.

The game will be broadcast on the LSU Sports Radio Network (WDGL-98.1 FM in Baton Rouge) and streamed on SEC Network +.

“I’m very proud of our team for overcoming adversity and earning a hard-fought victory,” said LSU coach Paul Mainieri. “It was a game with several shifts in momentum, and we had players stepping up in clutch situations to help us win the game. I thought Todd Peterson was phenomenal on the mound late in the game and gave us a chance to finally re-take the lead at the end.”

Trailing 11-6 at the game’s halfway point, the first two batters in the Missouri fifth, Chad McDaniel and Thomas Broyles, singled to place runners on the corners.

McDaniel scored on a wild pitch, and Broyles stole second on the same play. The second run of the inning scored without a hit, with Broyles moving to third on a fly ball and scoring on Tony Ortiz’ successful squeeze up the first base line.

Missouri tied the game 11-11 with one out in the sixth on McDaniel’s three-run home run over the 366-foot marker in right center.

The first run in the third came across on leftfielder Daniel Cabrera‘s infield single. Friday’s game marked Cabrera’s first appearance in the lineup since March 29 at Mississippi State.

Centerfielder Zach Watson added to the LSU advantage with a two-run home run, his fourth, in the fourth inning. Beloso tacked on another run with his two-out single.

The first inning saw LSU run the gamut of emotions. The high came with a three-run top of the inning, with Chris Reid driving in two of those runs with a double to short left which fell to the right of Missouri’s Josh Holt. Reid scored when Broussard launched his first double of the season to center.

In the bottom of the first, LSU starter Zack Hess was forced to leave the game after 13 pitches with an injury. Hess hit Holt and walked Chris Cornelius before working a full count to Kameron Misner.

Ma’Khail Hilliard relieved Hess and delivered ball four to Misner before a two-run single by Peter Zimmerman and a wild pitch which scored Misner with the tying run.

Missouri took the lead on Broyles’ two-run single deep in the hole behind second base. He stole second and later scored on a wild pitch.

Missouri’s Konnor Ash relieved starting pitcher Jacob Cantleberry in the fourth and allowed two hits and two walks over five scoreless innings. Jordan Gubelman was charged with the loss and fell to 2-1, as he allowed the winning run in the top of the 10th.