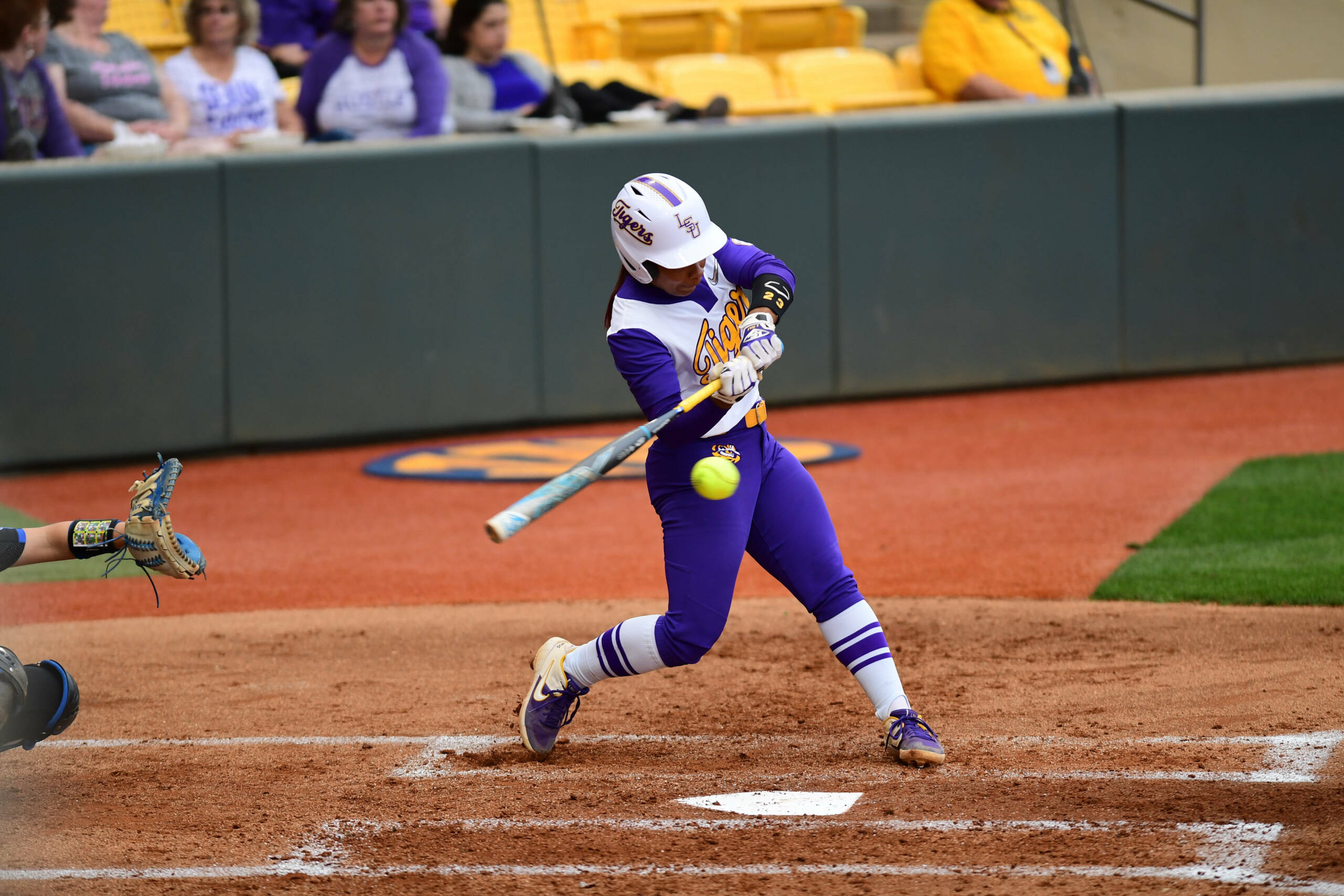 The Kentucky Wildcats got on the board first in the top of the second inning to take a 2-0 lead on the Tigers. LSU had a chance in the bottom of the inning to put runs on the board. Shemiah Sanchez reached on a walk and Amber Serrett on a hit-by-pitch. Sydney Bourg singled through the left side and Sanchez ran home, but was tagged out to end the inning.

The Tiger bats came to life in the bottom of the third starting with a single up the middle from Savannah Stewart. Aliyah Andrews singled to the pitcher and advanced to second on the throw. With runners on second and third, Elyse Thornhill grounded out to second base, scoring Stewart to tally her 32nd RBI on the season. Shelbi Sunseri reached on a fielder’s choice and Andrews was able to score to tie up the game 2-2.

Kentucky put another run on the board in the top of the fifth to give them a 3-2 lead. LSU had a chance in the sixth with a single up the middle from Sunseri, but were unable to score.

Maribeth Gorsuch gets the loss in the circle and drops to 10-1 on the year. She allowed three runs on three hits and struck out three. Sunseri came in to pitch the last 2.2 innings of the game and finished with four strikeouts.

The Tigers face No. 23 Kentucky on Saturday for game two of the three-game series at Tiger Park. The game was originally scheduled for 6 p.m., but due to weather, it will be moved up to 1 p.m. The game will stream live on SECN+.