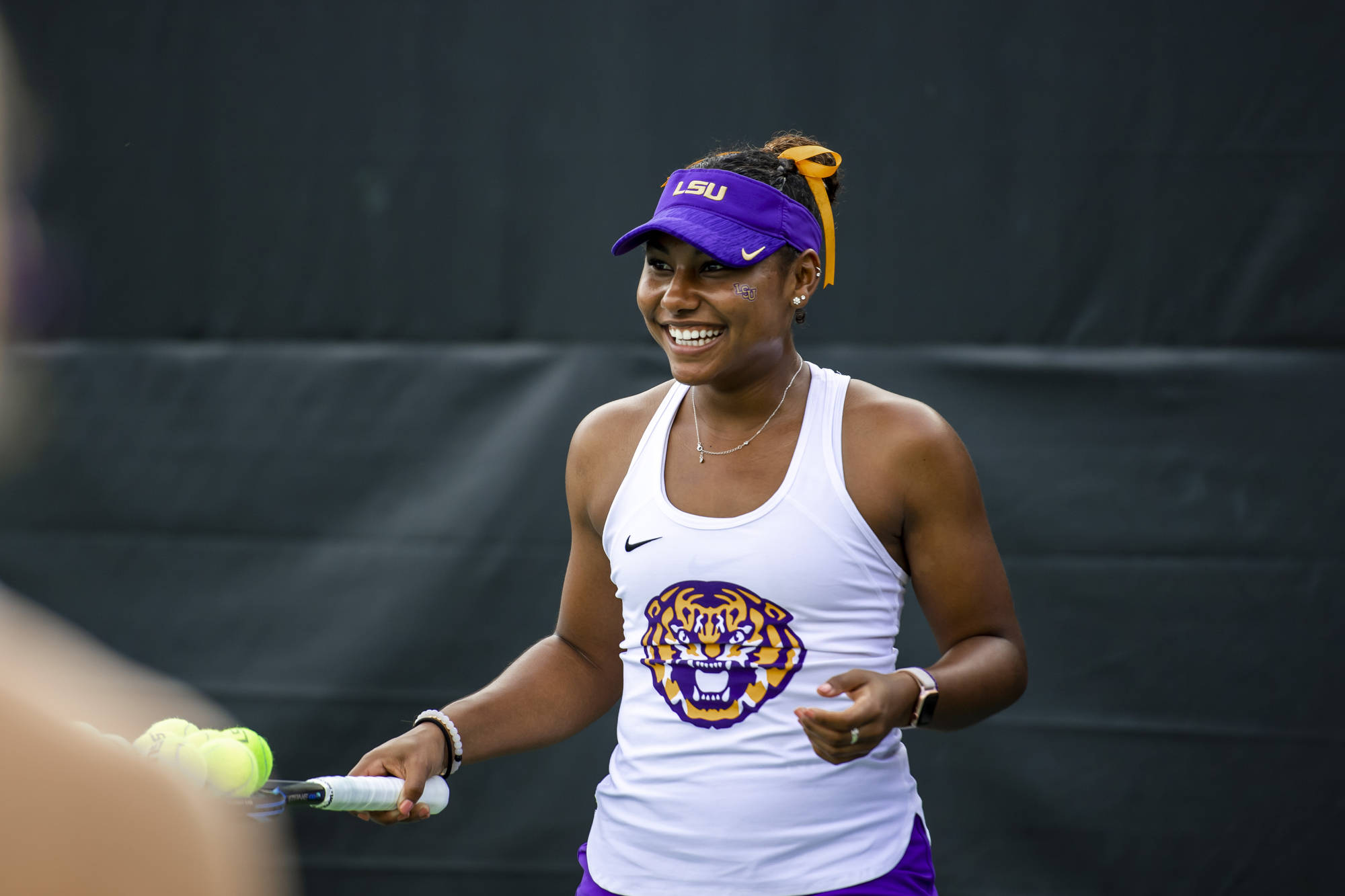 OXFORD, Miss. – Junior Paris Corley earned her 20th win of the season as the LSU women’s tennis team defeated Ole Miss by a score of 4-1 on Friday at the Palmer/Salloum Tennis Center.

“I’m really proud of our dominant singles play today,” co-head coach Julia Sell said. “Especially after a disappointing doubles point. This Ole Miss team is experienced and we overcame a vocal environment with resilience and toughness. This is a great start to our road trip and now our focus shifts on to Mississippi State to end the regular season.”

The Rebels took the doubles point with wins at the No. 2 and No. 3.

The pairing of Tea Jandric and Anna Vrbenska were first off the courts after they defeated Corley and freshman Anna Loughlan 6-1 at the No. 2.

Ole Miss clinched the doubles point with a win at the No. 3 slot, as Tereza Janatova and Cameron Kriscunas were victorious over senior Kennan Johnson and sophomore Taylor Bridges.

No. 9-ranked sophomore Eden Richardson earned the first singles point of the match at No. 1, sweeping Sabina Machalova 6-0, 6-0 to tie the match at 1-1. The win is Richardson’s 12th of the dual season, and seventh in SEC play.

Loughlan gave the Tigers a 2-1 lead after she defeated Alexa Bortles in straight sets, 6-2, 6-2 at the No. 5. The win is her fifth of the season, and first career SEC win.

LSU took a 3-1 lead when Corley defeated Janatova in straight sets at No. 4 singles, 6-4, 6-4. With the win, Corley becomes the second Tiger after Richardson to earn 20 singles victories on the season.

Sophomore Luba Vasilyuk clinched the match for the Purple and Gold with a win at the No. 6, defeating Kriscunas 6-2, 7-5. The win snaps a three-match skid, and is Vasilyuk’s 17th win overall in the season.

The No. 28 Tigers will conclude the regular season by traveling to Starkville to take on Mississippi State at 1 p.m. CT on Sunday, April 14.