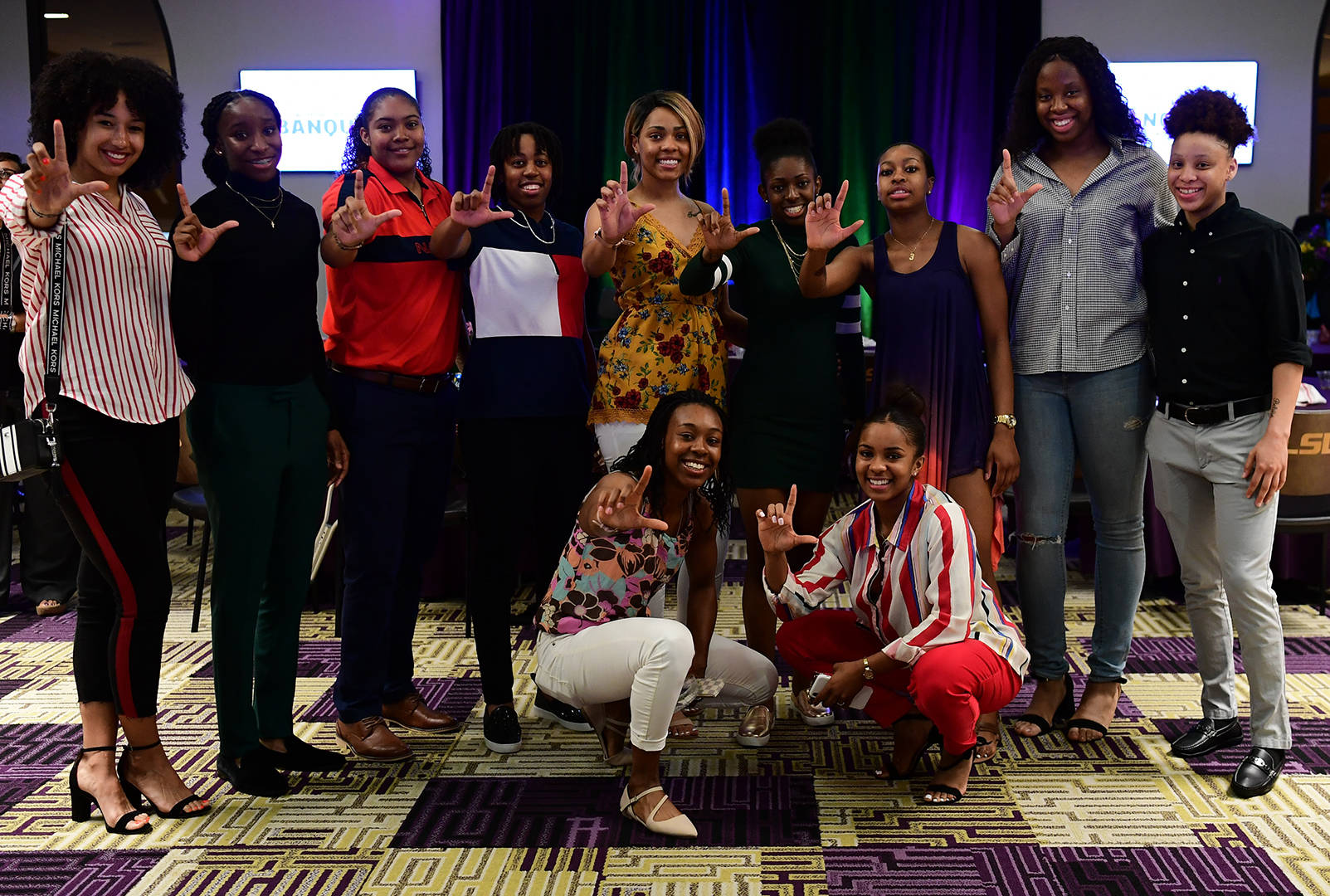 Senior Shanice Norton was selected as the team’s Defensive Player of the Year. Norton drew the assignment of guarding teams’ top players throughout the 2018-19 season. A four-year letterwinner for the Lady Tigers from London, England, Norton averaged 3.8 rebounds per game and committed 30 steals while scoring 7.0 points per game and shooting 82.6% from the free throw line. She recorded the first double-double of her career in her 100th game as a Lady Tiger on December 27 versus Southeastern Louisiana. Norton earned the 500th point of her career on February 4 against Missouri and scored a career-high 21 points at Vanderbilt on February 17.

Redshirt sophomore Faustine Aifuwa and sophomore Khayla Pointer earned recognition as the Co-Most Improved Players of the Year in 2018-19. Aifuwa averaged 9.6 points and 6.4 rebounds per game while shooting 46.9% from the field. The native of Dacula, Georgia, was fifth in the SEC this season in blocked shots with 1.5 per game. She also ranked 18th in the league in rebounds per game. Pointer led LSU and was fifth in the SEC with 4.5 assists per game. The Kennesaw, Georgia, native also finished the season ranked 21st in points per game (12.5) and tied for 11th in steals per game (1.7).

Redshirt sophomore Rakell Spencer earned the Academic Award, carrying the top cumulative grade point average on the team. Spencer has been on the SEC Honor Roll for the past two seasons.

Redshirt junior Yasmine Bidikuindila was recognized with the Sue Gunter Award for showing a spirit of courage and character while going above and beyond on and off the court. Members of Teams of Tomorrow (TOTS) received the Eye of the Tiger Award.

The team also said a special Thank You to Senior Associate Athletic Trainer Micki Collins to wrap up the festivities. Collins has served the LSU women’s basketball program since 2001 and will be moving to a new position within the department beginning with the 2019-20 season.