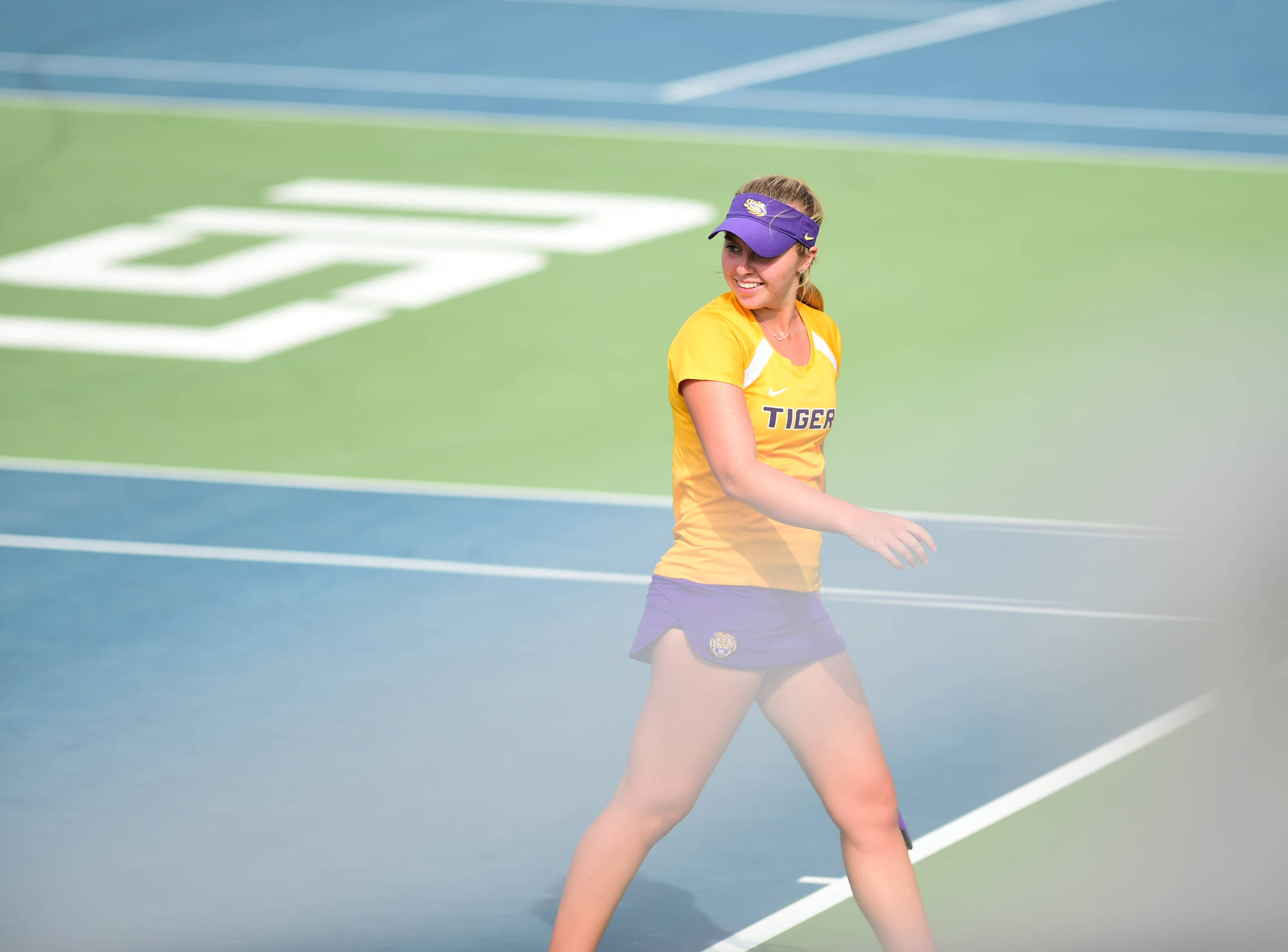 OXFORD, Miss – The No. 28 LSU women’s tennis team will conclude the regular season with a road swing that begins against Ole Miss at 3 p.m. CT on Friday, April 12, at the Palmer/Salloum Tennis Center in Oxford.

Fans can follow the match at www.LSUstats.com and on Twitter @LSUWTen. Ole Miss is providing a live stream for the matches, available here.

Ole Miss has a 29-17 advantage in the overall series. When the teams met last season at the LSU Tennis Complex, seniors Jessica Golovin and Kennan Johnson defeated their singles opponents in straight sets before the Rebels won the match 4-2.

Sophomore Eden Richardson moved up one spot to No. 9 in this week’s ITA/Oracle singles rankings. This is her fourth consecutive week in the Top 10, and the highest ranking for a Tiger in singles since 2009. Richardson is 20-8 overall on the season, and has seven wins over ranked opponents.

No. 59-ranked Golovin leads the Tigers with seven wins in SEC play this season. Golovin is 15-9 overall this season, and has won four of her last five matches. Off the courts, Golovin was recently named to the 2019 SEC Women’s Tennis Community Service Team.

In doubles, the defending national champion pair of Richardson and Golovin checked in at No. 14 in the national rankings. The duo is 12-5 in the dual season, and has notched five wins against ranked opponents this season.

Notes on the Rebels

No. 49-ranked Ole Miss is 11-10 in the dual season and 4-7 in SEC play. Last time out, the Rebels split their weekend, falling to No. 24 Kentucky, 4-3, in Lexington on Friday before winning both matches of a doubleheader in Bowling Green, Kentucky against Western Kentucky, 4-0 and 4-0, on Saturday. Ole Miss concluded its weekend in Nashville by dropping the match against No. 7 Vanderbilt by a score of 4-3 on Sunday.

The Rebels have one player ranked in the ITA/Oracle singles, Tea Jandric at No. 74. Jandric is 20-8 overall in the season, and is currently on a four-match winning streak. In doubles, the duo of Alexa Bortles and Sabina Machalova moved into the rankings at No. 85, and have three wins at the No. 1 doubles spot this season.