Track and Field Heads to the Sunshine State 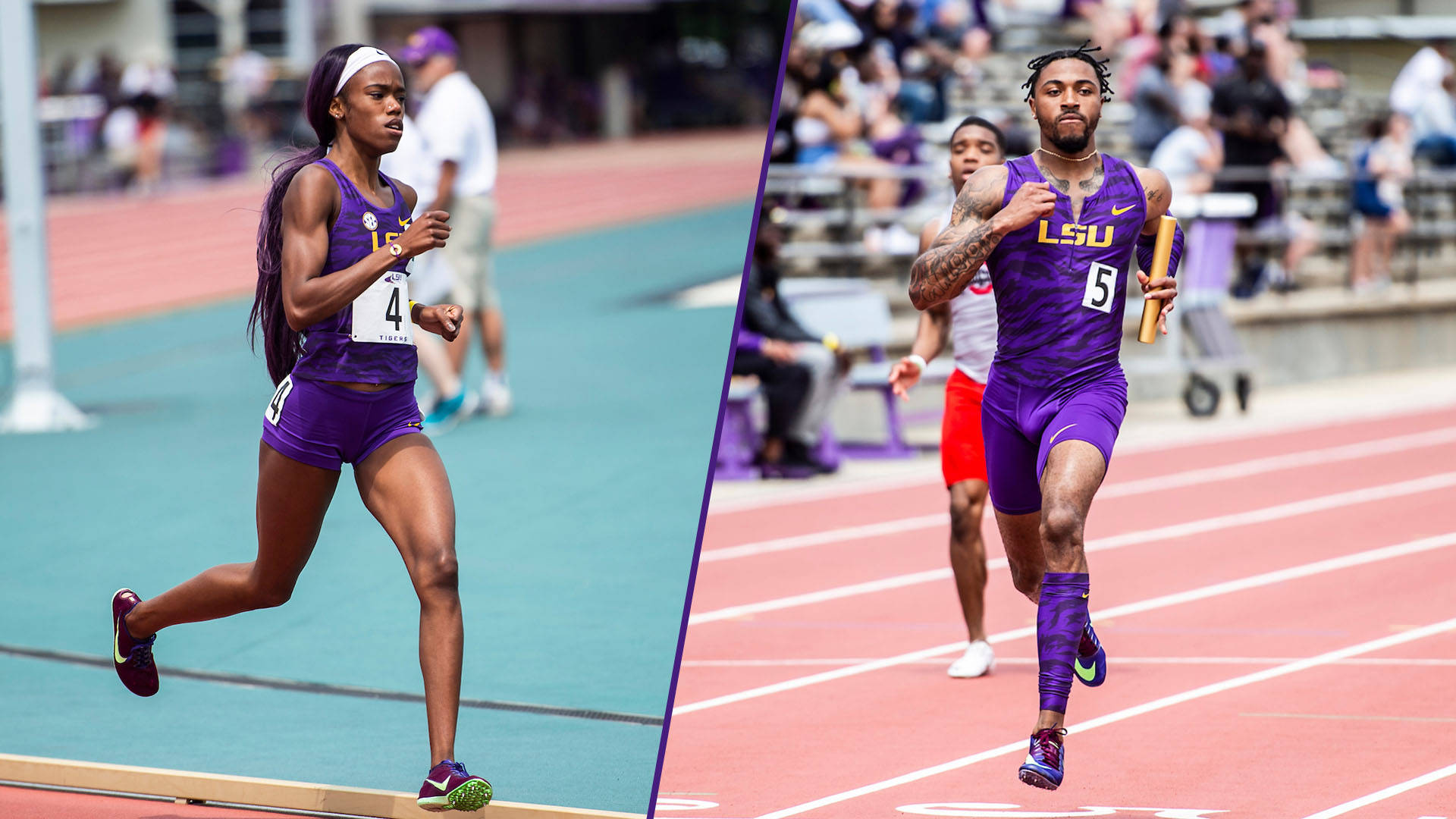 Baton Rouge, La. – The nationally ranked LSU track and field program is headed to Coral Gables, Fla., for the Hurricane Invitational that will take place Friday and Saturday (April 12-13) at Cobb Stadium at the University of Miami.

The second day of action will be streamed on the ACC Network beginning at 3 p.m. ET. LSU will take a group of 50 student-athletes to its only out-of-state meet during the month of April for competition. The javelin throwing duo of Eli Gaughan and Andre Girouard will officially get the meet started for the Tigers on Friday at 11 a.m. CT. Other competitors on day one include RC Walbrook (decathlon), Jake Norris (hammer throw), Chadd Burns (pole vault), Abby O’Donoghue (high jump) and Kaitlyn Walker (high jump). Saturday will be a much busier day for the Purple and Gold with an anticipated 44 individual athletes in action in addition to women’s/men’s 4×1 and 4×400 meter relays. A full competition guide is listed above.

LSU will be competing against a plethora of teams including Miami, UCF, North Carolina, Syracuse, FIU, and more. A couple of notable athletes making their individual season openers in certain events will be Jaron Flournoy (100 meter dash), Sha’Carri Richardson (200 meter dash), JuVaughn Harrison (long jump) and Ersula Farrow (800 meters). Farrow ran her career-best time of 2:03.66 in the 800 meters a year ago on this track.

In the latest USTFCCCA rankings that were released Monday (April 8), the LSU women checked in at the No. 5 spot, and the men held steady in the sixth position for the second straight week. FloTrack has the men’s team ranked second and the women 11th.

Through three meets of the outdoor season, LSU has 13 individuals and three relays ranked inside the top 10 in the NCAA. Six of those 13 top-10 national marks were registered at last weekend’s Battle on the Bayou. Tyler Terry clocked a NCAA No. 2 time of 20.50 (+3.9) in the 200 meter dash in his second ever outdoor collegiate 200 meter race. Correion Mosby, who ran in the same heat as Terry, clocked a windy 20.63 to rank ninth in the NCAA. A pair of hurdlers, Brittley Humphrey and Arthur Price, clocked season bests in their events; Humphrey’s season best of 13.11 in the 100 meter hurdles ranks sixth in the NCAA, and Price’s season best of 13.64 also ranks sixth on the collegiate level. Mercy Abire (long jump/No. 8 NCAA) and Abby O’Donoghue (high jump/No. 10 NCAA were the final two to register national marks at the Battle on the Bayou. The other seven top-10 times and three relays are listed below.