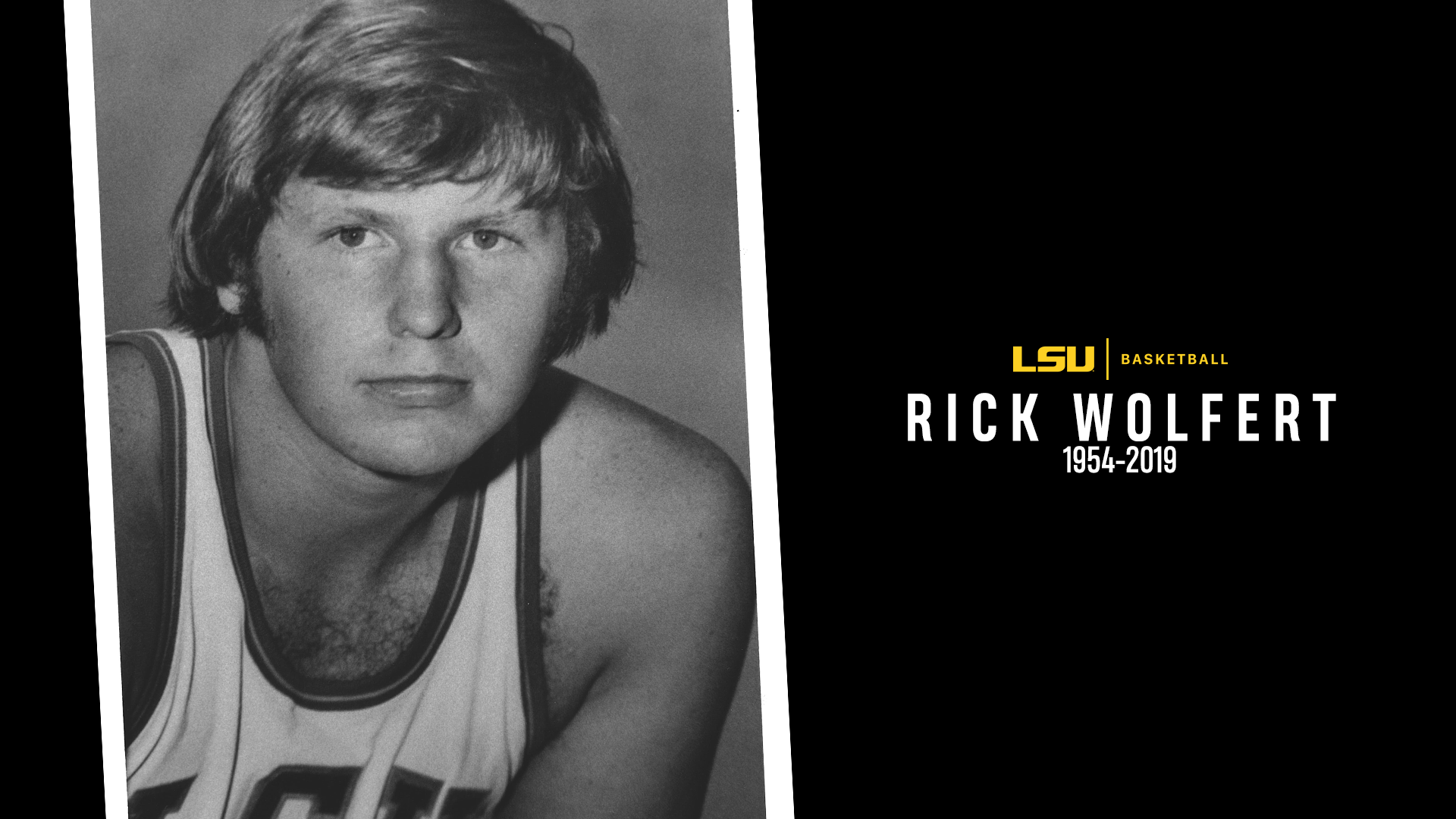 Wolfert is one of the few father-son combinations who have both played basketball for the Tigers as his son, Paul, played for LSU and Coach John Brady from 2002-05.

Rick Wolfert attended Peru (Indiana) High School where he averaged 18 points and 16 rebounds as a senior earning all-conference, all-sectional, all-regional and all-state honors on the court as a senior in 1972.

After graduating from LSU in 1976, Wolfert had a long and successful career in commercial finance, holding executive level roles with several companies including his own commercial finance company which he named “Tygris” in honor of his LSU experience.

He was a regular attendee at the annual SEC Basketball tournament and made an annual family trip to watch the Tigers play in Tiger Stadium.

Wolfert was inducted into the E. J. Ourso College of Business Hall of Distinction in 2001. He had several leadership roles at his Alma Mater including the LSU Foundation Finance Committee, the Business School Dean’s Advisory Committee, and co-chair of the capital campaign for the new LSU Business School Complex.

He was also involved in several more boards and foundations in Greensboro, Georgia, including Foundation Chairman for St. Mary’s Good Samaritan Hospital leading the campaign for the building for the new hospital in Greensboro.

A celebration of life will be held on Saturday (April 13) at 11 a.m. at Lake Oconee Church in Greensboro, Georgia with a reception at the Linger Longer Pavilion at Reynolds. Wolfert will be buried in Baton Rouge at Resthaven Gardens on April 20.