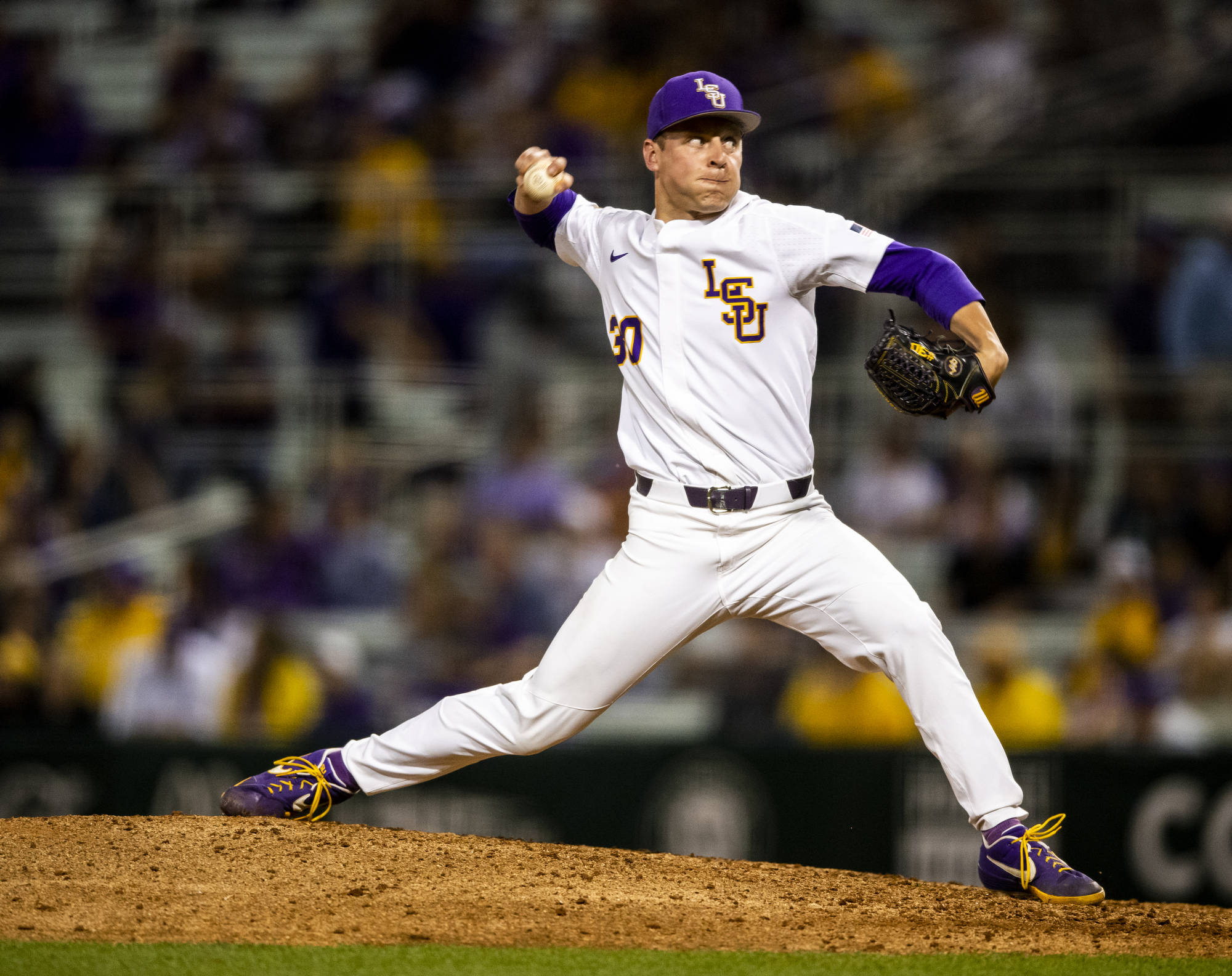 TV/ONLINE
All three games will be streamed on SECN+, and Sunday’s game will be televised on the SEC Network

SERIES RECORD VS. MISSOURI
LSU has an all-time record of 14-1 versus Missouri in a series that began in 1986. Since Mizzou joined the SEC beginning with the 2013 season, LSU owns a 12-1 mark in the series, including three-game sweeps at Columbia in 2013 and 2016, a three-game sweep in Baton Rouge in 2015, a 10-3 SEC Tournament victory in 2017 in Hoover, Ala., and a 2-1 series victory last season in Baton Rouge. LSU won the first 13 meetings between the schools before Mizzou posted a 12-6 win in Game 2 of the series last season in Baton Rouge. LSU has a 6-0 mark in games played in Columbia.

QUOTING PAUL MAINIERI
“It never gets any easier in the SEC. In the past three weekends, we’ve played three Top 10 teams, including the best offensive team in the league (Mississippi State) and the team with the best ERA in the conference (Texas A&M). Now, we play a Missouri team on the road that has taken over the lead for best ERA in the SEC, and they have a rotation of left-handed starters that is outstanding. This series already represents the halfway mark of our SEC schedule, and we’re looking forward to great competition with Missouri this weekend.”

ABOUT LSU
• LSU is 8-4 in the Southeastern Conference after posting a 2-1 series win last weekend over ninth-ranked Texas A&M in Baton Rouge … the Tigers are tied with Arkansas and Ole Miss for first place in the SEC Western Division, and LSU is just one game behind Georgia (9-3) in the overall league standings
• Over the past three weekends, LSU has played No. 5 Georgia, No. 2 Mississippi State and No. 9 Texas A&M, winning five of the nine games against Top 10 opponents and posting series wins over Mississippi State and Texas A&M
• LSU has won six of its past eight games overall, posting a 2.66 team ERA in 71 innings
• LSU is 9-2 this season in one-run games, and the Tigers have four walk-off wins … LSU also has 10 come-from-behind victories this season
• Junior shortstop Josh Smith was named SEC Player of the Week on Monday, as he led LSU to a series win over ninth-ranked Texas A&M last weekend, batting .500 (6-for-12) in three games with one double, two homers, three RBI and four runs scored … with the score tied 1-1 in the eighth inning of Game 1 Friday night, Smith launched a solo homer that proved to be the game-winning blow in LSU’s 2-1 victory … Smith added a two-run blast in the eighth inning of Game 3 on Saturday night to cap the series victory
• Junior centerfielder Zach Watson is ranked No. 4 in the SEC in base hits with 48 and No. 5 in the league in doubles with 13 … Watson is batting a team-best .404 (21-for-52) in SEC games with six doubles, two homers, 12 RBI and 15 runs scored
• Senior rightfielder Antoine Duplantis has 309 career hits at LSU and has a chance to become the all-time hits leader in SEC history; former LSU first baseman Eddy Furniss is the all-time SEC hits leader with 352 from 1995-98 … Duplantis is No. 5 on the LSU career hits list, and he is just sixth LSU player to collect 300 career hits … he is one hit shy of tying former LSU All-American Todd Walker (1992-94) for fourth place on the all-time LSU hits chart
• Freshman right-hander Cole Henry defeated ninth-ranked Texas A&M on Saturday in Baton Rouge with a superb effort, limiting the Aggies to two runs on six hits – all singles — in a career-long eight innings with no walks and a career-best nine strikeouts … Henry threw 96 pitches in the outing, allowing two runs in the first inning before firing seven straight shutout frames … he retired 10 consecutive Aggie batters to complete his outing; the streak spanned from the final out of the fifth inning through the end of the eighth inning … Henry has won three of his four SEC starts, recording 32 strikeouts in 25.1 innings while limiting league opponents to a .202 batting average
• Sophomore right-hander Trent Vietmeier has fired eight straight scoreless innings over his last four appearances, allowing three hits with seven strikeouts

ABOUT MISSOURI
• Missouri is in third place in the SEC Eastern Division with a 5-6-1 mark, 3.5 games behind first-place Georgia
• Missouri has the best ERA in the Southeastern Conference with a 2.77 mark … the Missouri staff is limiting opponents to a .223 batting average, and Mizzou is fourth in the league in strikeouts pitched with 354
• Junior left-hander TJ Sikkema has the SEC’s second-best ERA (1.27), and he’s recorded 54 strikeouts in 49.2 innings; junior left-hander Jacob Cantleberry is fifth in the league in strikeouts with 61
• Missouri is 12th in the SEC in team batting average, hitting .263 with 33 home runs … Mizzou has recorded an SEC-best 66 steals in 85 attempts … Junior outfielder/infielder Kameron Misner leads the SEC in walks (42), and he’s fourth in stolen bases with 14