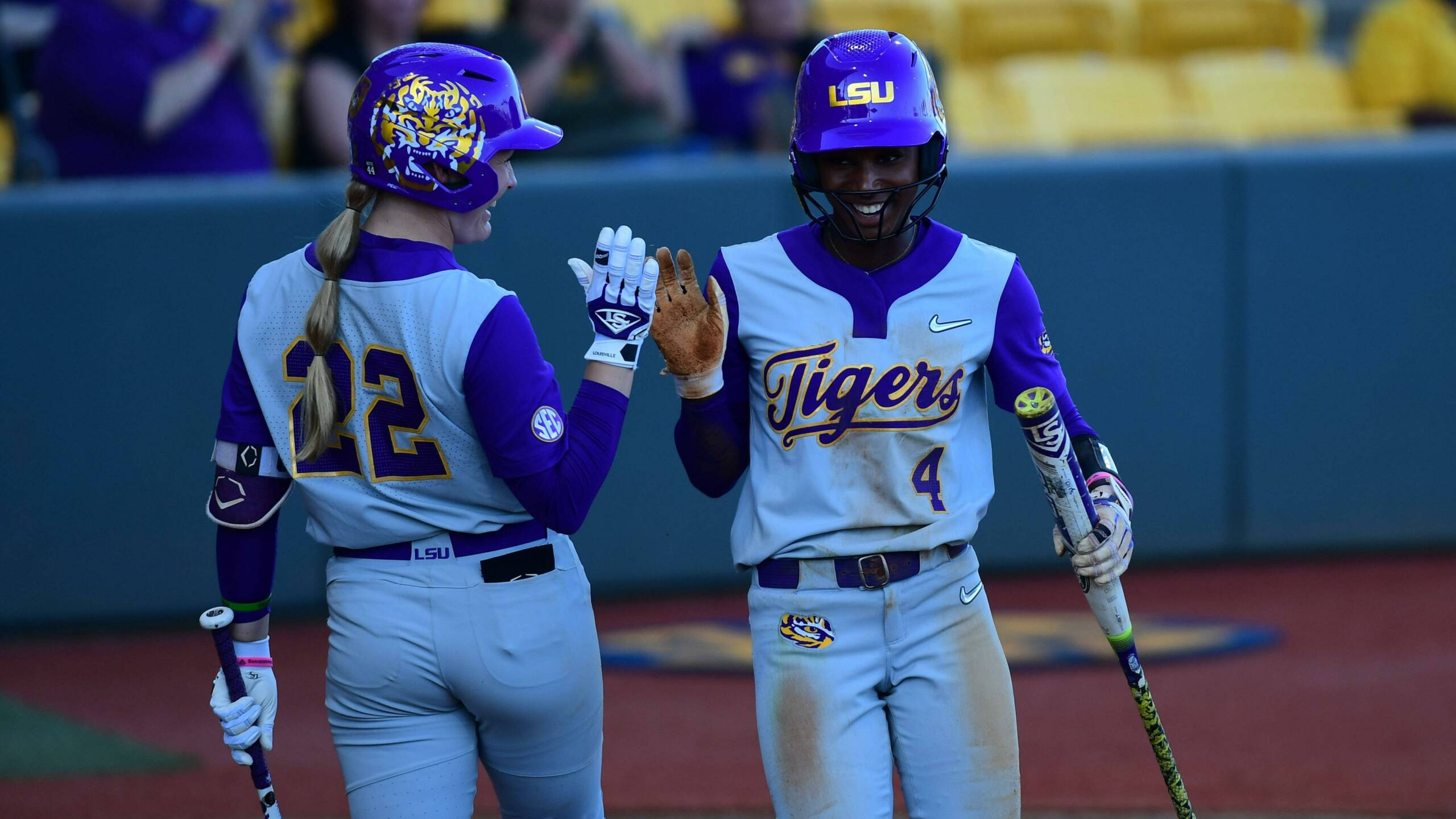 BATON ROUGE– The No. 7/5 ranked LSU softball team defeated McNeese St., 4-0 Tuesday evening at Tiger Park. The Tigers improve to 34-8 on the year, while the Cowgirls fall to 20-22.

In the bottom of the third, Aliyah Andrews singled to shortstop and stole second. On a 2-2 count, Amanda Sanchez singled to center field to score Andrews, and she advanced to second on the throw. Amanda Doyle stepped up to the plate and singled to center field, advancing on the throw, followed by a walk from Shemiah Sanchez. With one out and bases loaded, Schlattman reached on a fielder’s choice, scoring Doyle. The Tigers led 3-0 going into the fourth.

Bourg reached base on a fielding error in the bottom of the fourth, followed by a walk from Taryn Antoine and a single to third base from Andrews. Amanda Sanchez grounded out at first, but Bourg was able to score, upping the LSU lead 4-0.

Maribeth Gorsuch gets the win in the circle, finishing with three strikeouts and allowing only three hits in seven innings. This is her fifth shutout on the year and she improves to 10-0 on the year.

On the way LSU swung the bats tonight…

“I think we did a good job making adjustments. McNeese threw three different pitchers, so they didn’t quite catch up to the last kid. They didn’t get to see her very long, but they made good adjustments throughout. They got to see all the different looks.”

“They were very good. They were solid and I thought they played well behind Maribeth Gorsuch.”

“Well McNeese is a great team. Any time you can beat them it is a quality win. They are a really great program. It is huge to stay in front of the teams in our state. Keep winning every chance we get.”

The Tigers will take on No. 23 Kentucky in a three-day SEC series this weekend at Tiger Park. The game on Friday will be at 6 p.m. and will stream live on SECN+.