Richardson Moves to No. 9 in This Week's ITA Rankings 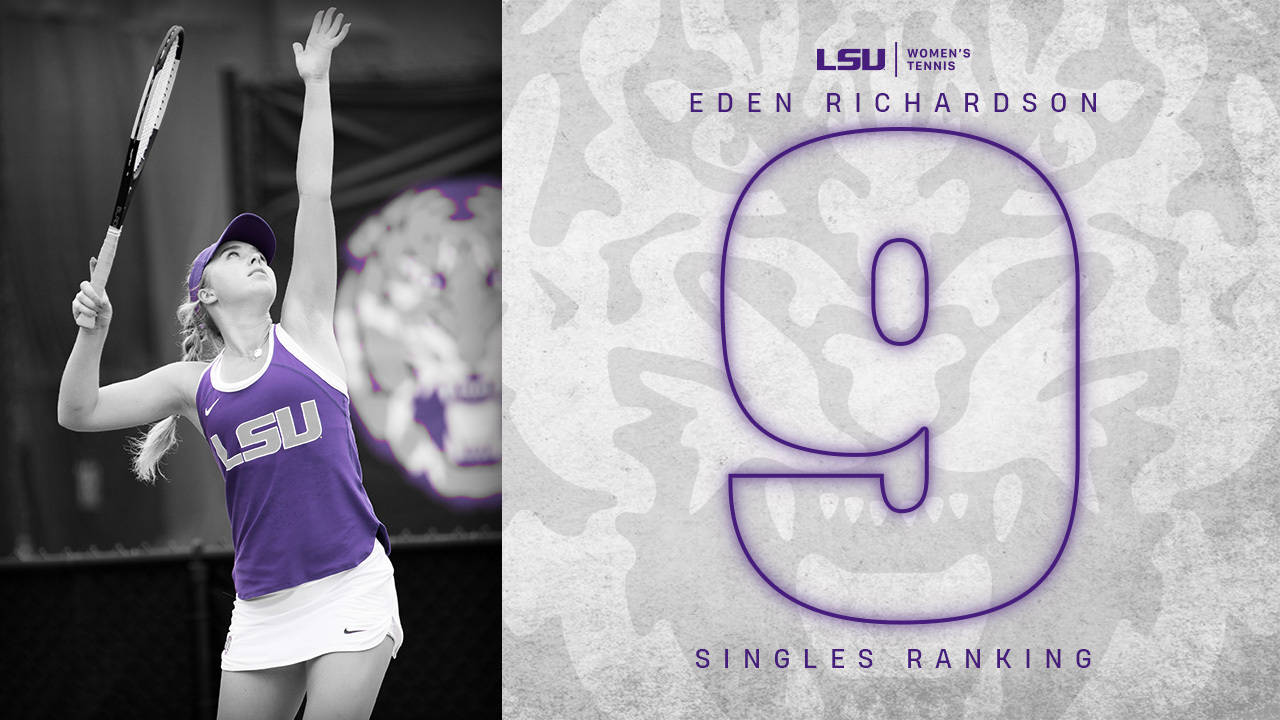 BATON ROUGE — Sophomore Eden Richardson moved up one spot to No. 9 in this week’s ITA/Oracle rankings.

This is Richardson’s fourth consecutive week in the Top 10, and the move to No. 9 means this is the highest singles ranking by a Tiger since Megan Falcon was ranked No. 5 in 2009. Richardson has seven wins against ranked opponents this season, including a win over the No. 1 ranked player in the country, Georgia’s Katarina Jokic.

Senior Jessica Golovin moved to No. 59 in this week’s rankings. Golovin is 12-5 in the dual season, and has six wins against ranked opponents.

In doubles, Richardson and Golovin are ranked No. 14. The duo has assembled a 19-6 overall record at the No. 1 doubles spot for LSU this season, which includes five wins over nationally ranked opponents.

In the team rankings, LSU checked in at No. 28.

Next up, The Tigers conclude the regular season with a road trip that begins in Oxford against Ole Miss at 5 p.m. CT on Friday, April 12, and concludes in Starkville against Mississippi State at 1 p.m. CT on Sunday, April 14.