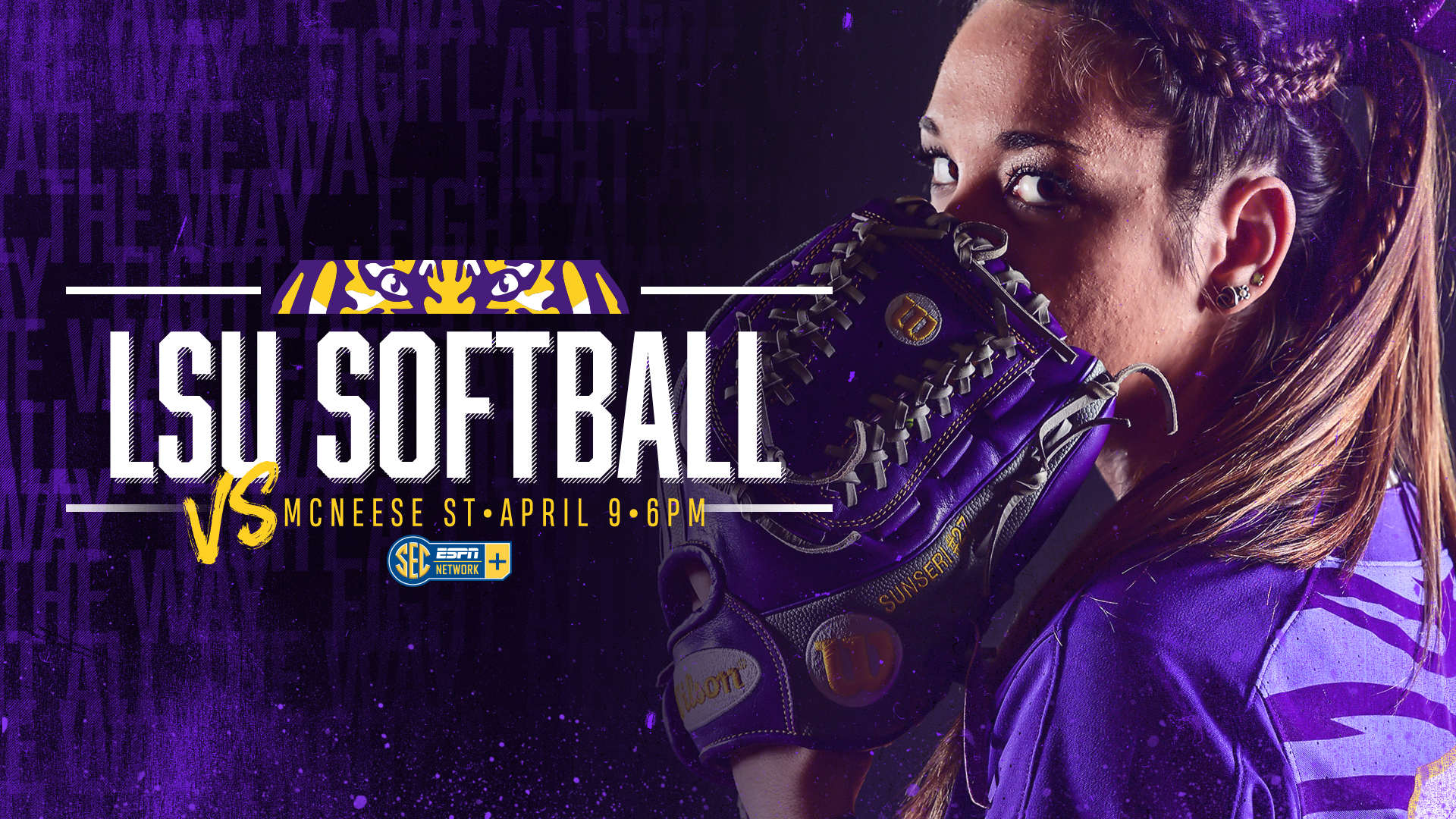 BATON ROUGE – The No. 7/5 LSU softball team returns home and takes a break from SEC action for a midweek matchup against McNeese State on Tuesday at 6 p.m. in Tiger Park.

The game will stream live on SEC Network+ with Hall of Famers Lyn Rollins and Yvette Girouard on the call.

The Tigers are coming off of their fifth-straight SEC series win after taking games two and three at Mississippi State last weekend. Those two wins and the losses that Alabama took, moved the Tigers into first place of the SEC.

Amanda Sanchez is leading the way on the year, hitting .465, which is third in the SEC. She owns a league-leading 15 doubles and has tallied 47 RBI. As a team, the Tigers are hitting .339 and average 7.22 runs per game which is ranked ninth in the nation.

In the circle, the Tigers own a 2.32 ERA as a staff and have 13 shutouts on the year. Shelby Wickersham is 9-1 on the season with a 1.94 ERA, while Maribeth Gorsuch remains perfect at 9-0 with a 2.17 ERA and four shutouts. Shelbi Sunseri leads the team in strikeouts with 48.

Scouting the Opposition
McNeese St.
The Cowgirls come into the matchup with a 20-21 overall record and an 11-4 record in the Southland Conference. They are hitting .247 on the year and have scored 134 runs in 41 games.

Justyce McClain is leading the way with a .382 batting average. She has 50 hits on the year and is 19-for-19 in stolen bases. Cori McCrary is also a threat at the plate with a .349 average, three home runs and team-leading 21 RBI. She is 25-for-28 in stolen bases.

In the circle, Saleen Flores leads the way with a 1.39 ERA. She is 4-3 and has a team-leading 46 strikeouts in 75.2 innings of work. Alexsandra Flores has seen the most action of 92.0 innings and is 8-8 on the year. The pitching staff is holding their opponents to a .240 batting average.

What’s On Deck
The Tigers have a busy weekend ahead as they host Kentucky for a three-game series Friday through Sunday. Saturday’s game will be the annual Strikeout Ovarian Cancer game with first pitch at 6 p.m. Sunday’s matchup will be Bark in the Park. Fans can bring their dog and receive a $2 ticket.