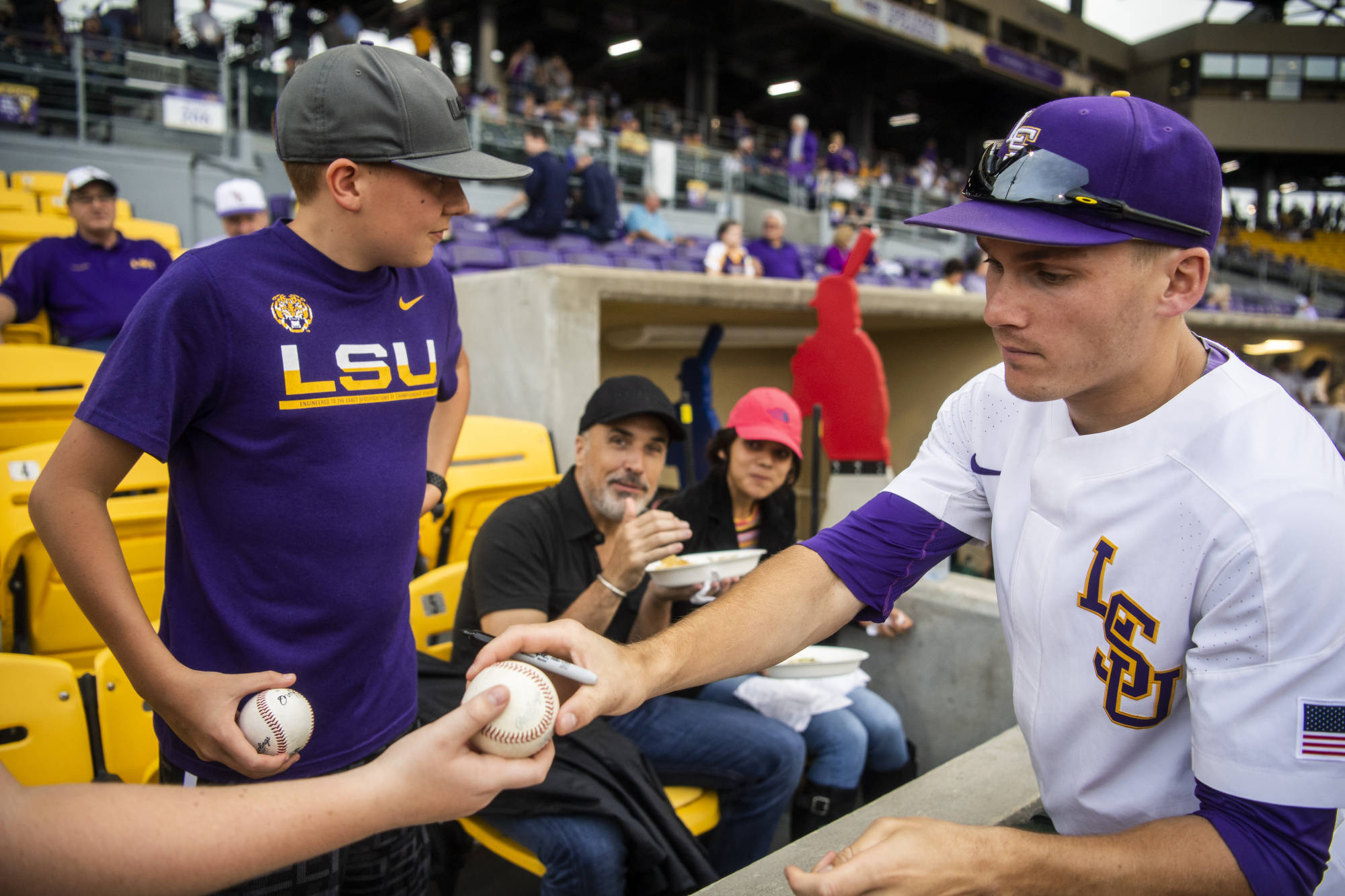 ONLINE — ESPN+ is an over-the-top video streaming subscription service which costs $4.99 per month. To sign up for a free 7-day trial, visit https://plus.espn.com

QUOTING PAUL MAINIERI
“This is going to be a tough game at Southern. (SU coach) Kerrick Jackson has done a tremendous job in developing his program. They’ve really made a lot of improvement since the first time we played them this year, and we’re going to have to be prepared for a significant challenge. I’m sure their players will be fired up to play us, especially in their ball park. ”

ABOUT THE TIGERS
• LSU is 8-4 in the Southeastern Conference after posting a 2-1 series win last weekend over ninth-ranked Texas A&M in Baton Rouge … the Tigers are tied with Arkansas and Ole Miss for first place in the SEC Western Division, and LSU is just one game behind Georgia (9-3) in the overall league standings
• Over the past three weekends, LSU has played No. 5 Georgia, No. 2 Mississippi State and No. 9 Texas A&M, winning five of the nine games against Top 10 opponents and posting series wins over Mississippi State and Texas A&M
• LSU has won six of its past seven games overall, posting a 2.00 team ERA in 63 innings
• Junior shortstop Josh Smith led LSU to a series win over ninth-ranked Texas A&M last weekend, batting .500 (6-for-12) in three games with one double, two homers, three RBI and four runs scored … with the score tied 1-1 in the eighth inning of Game 1 Friday night, Smith launched a solo homer that proved to be the game-winning blow in LSU’s 2-1 victory … Smith added a two-run blast in the eighth inning of Game 3 on Saturday night to cap the series victory for the Tigers
• For the entire five-game week, Smith helped lead LSU to four wins, batting .471 (8-for-17) with one double, three homers, six RBI and five runs scored … he is LSU’s leading hitter this season, batting .359 (42-for-117) on the year with eight doubles, five homers, 19 RBI and 38 runs scored
• Senior rightfielder Antoine Duplantis has 309 career hits at LSU and has a chance to become the all-time hits leader in SEC history; former LSU first baseman Eddy Furniss is the all-time SEC hits leader with 352 from 1995-98 … Duplantis is No. 5 on the LSU career hits list, and he is just sixth LSU player to collect 300 career hits … he is one hit shy of tying former LSU All-American Todd Walker (1992-94) for fourth place on the all-time LSU hits chart

ABOUT THE JAGUARS
• Southern is 10-2 in the Southwestern Athletic Conference, and the Jaguars are in first place in the Western Division
• The Jaguars are hitting .303 as a team with 57 doubles, 13 triples, 19 homers and 87 steals in 104 attempts
• Southern is led at the plate by junior catcher/first baseman Hunter David, who is batting .425 with six doubles, one homer and 28 RBI … senior outfielder Jayvean Williams is hitting .394 with 27 RBI, senior infielder Tyler Laporte is hitting .357 with three homers and a team-high 39 RBI, and junior infielder Coby Taylor has a team-leading six home runs