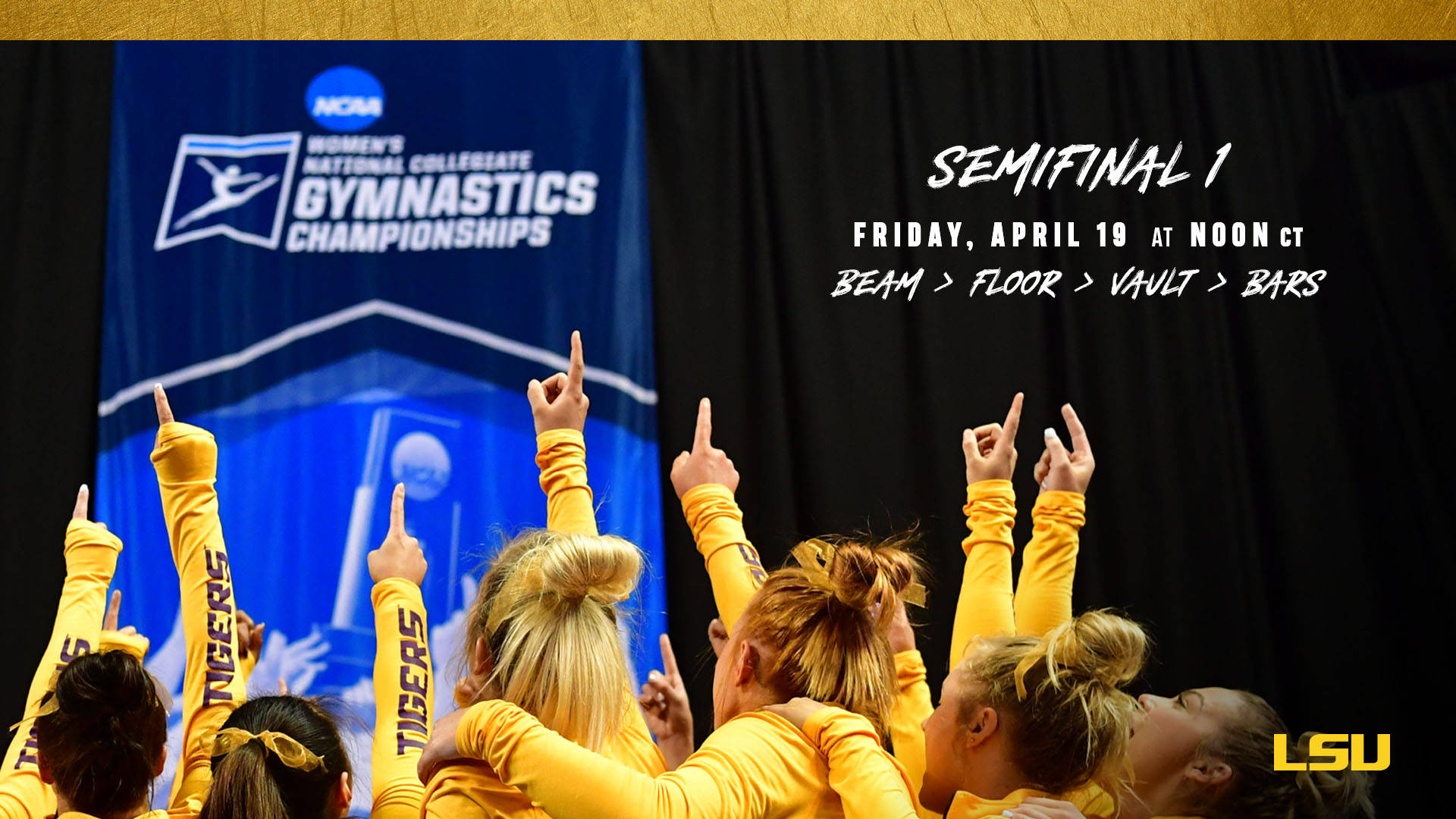 BATON ROUGE – Rotations for Semifinal I and II of the 2019 NCAA Gymnastics Championships held on Friday, April 19 in Fort Worth, Texas, have been announced.

No. 3 LSU (24-3) will compete in the first semifinal at noon CT inside the Fort Worth Convention Center. The meet will be televised live on ESPN2 with Bart Conner and Kathy Johnson Clarke on the call.

All rotations were predetermined by random draw last summer. As the top finisher from the regional with the three seed, LSU will begin the meet on beam before going to floor, vault and closing on bars. This is the same rotation the Tigers competed in the Baton Rouge Regional Final.

LSU will compete against No. 2 UCLA, No. 7 Michigan and No. 6 Utah in the first session. Mila Clausi of California, Cally Nixon of Kentucky, Brooke Kelly of Missouri and Sidney Dukes of Kentucky will rotate with the squad as individual event specialists. The second session, which will take place at 6 p.m., will feature No. 1 Oklahoma, No. 5 Denver, No. 8 Georgia and No. 13 Oregon State.

The top two teams from each NCAA Semifinal will advance to the first ever Four on the Floor. Prior to this year, LSU advanced to the NCAA Super Six seven times in school history and finished a program-best second in both 2016 and 2017.

Ticket requests for the NCAA Gymnastics Championships are now available through the LSU Ticket Office. Tickets range from $54 to $71 for all-session tickets. LSU is only guaranteed to receive 120 reserved tickets for the championships. First priority of ticket assignments will be given to the LSU Gymnastics team/staff and then to season ticket holders by the LSU Priority Point Ranking system.

Any tickets purchased through LSU are anticipated to be assigned in the GA sections of the arena (300 level). Fans who submit a request will receive further information and confirmation of their requests no later than 5 p.m. on Friday, April 12.