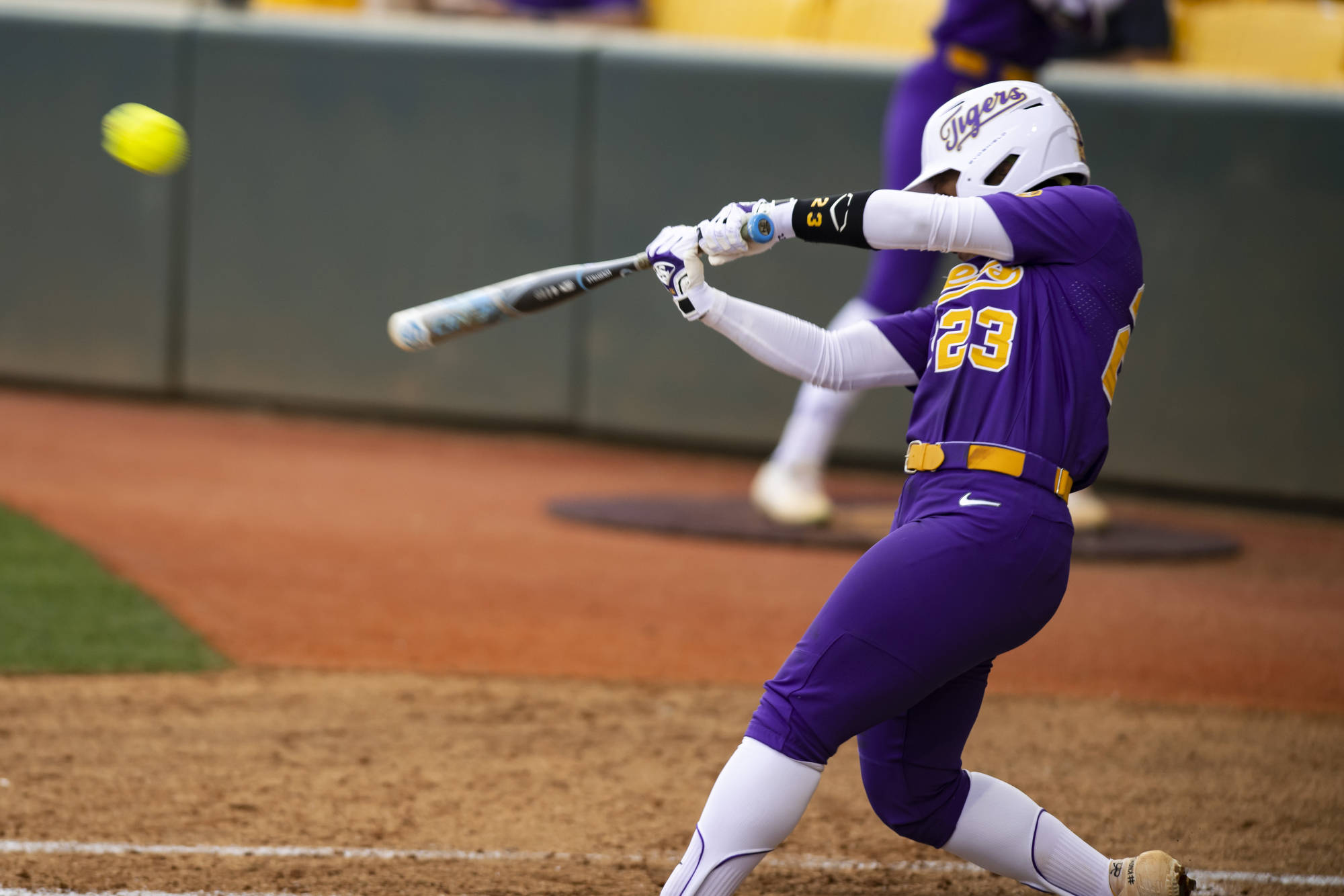 STARKVILLE, Miss. – The No. 7/5 LSU softball team claimed the series with a 5-3 series finale win over Mississippi State on Sunday in Nusz Park. The Tigers are now 33-8 on the year and 11-4 in the SEC. Mississippi State is now 24-14 overall and 3-9 in the league.

Mississippi State got on the board first in the second inning with two runs, but the Tigers answered in the top of the third to tie the game up. Aliyah Andrews walked and two outs later, Shemiah Sanchez belted out her second home run of the weekend and 12th on the year over the left field wall, tying the game up at 2-2.

The Tigers took the lead in the next inning off a Michaela Schlattman solo shot over center, her second home run on the weekend and fifth on the year.

After a two-hour and five minute rain delay, Mississippi State homered in the bottom of the fifth to tie the game up at 3-3. The Bulldogs followed with a double and the Tigers went to the bullpen, replacing Shelby Wickersham with Maribeth Gorsuch.

After a scoreless sixth for both teams, the Tigers took a 5-3 lead in the seventh off Shemiah Sanchez‘s second dinger of the game, third dinger of the weekend and 13th dinger on the year. The bomb was a two-run shot over the left field fence.

Maribeth Gorsuch claimed the win in the circle, improving to 9-0 on the year. She allowed just two hits in her 2.1 innings of work. Wickersham finished with three strikeouts.

Up Next
The Tigers return home next week to take on McNeese State on Tuesday at 6 p.m. The Tigers will get back to SEC action over next weekend, playing host to Kentucky Friday through Saturday. All four games will stream live on SEC Network+.