Men's Golf in Tie For Fourth With Play Suspended

by Aaron Hyder
Round 1 Results +0 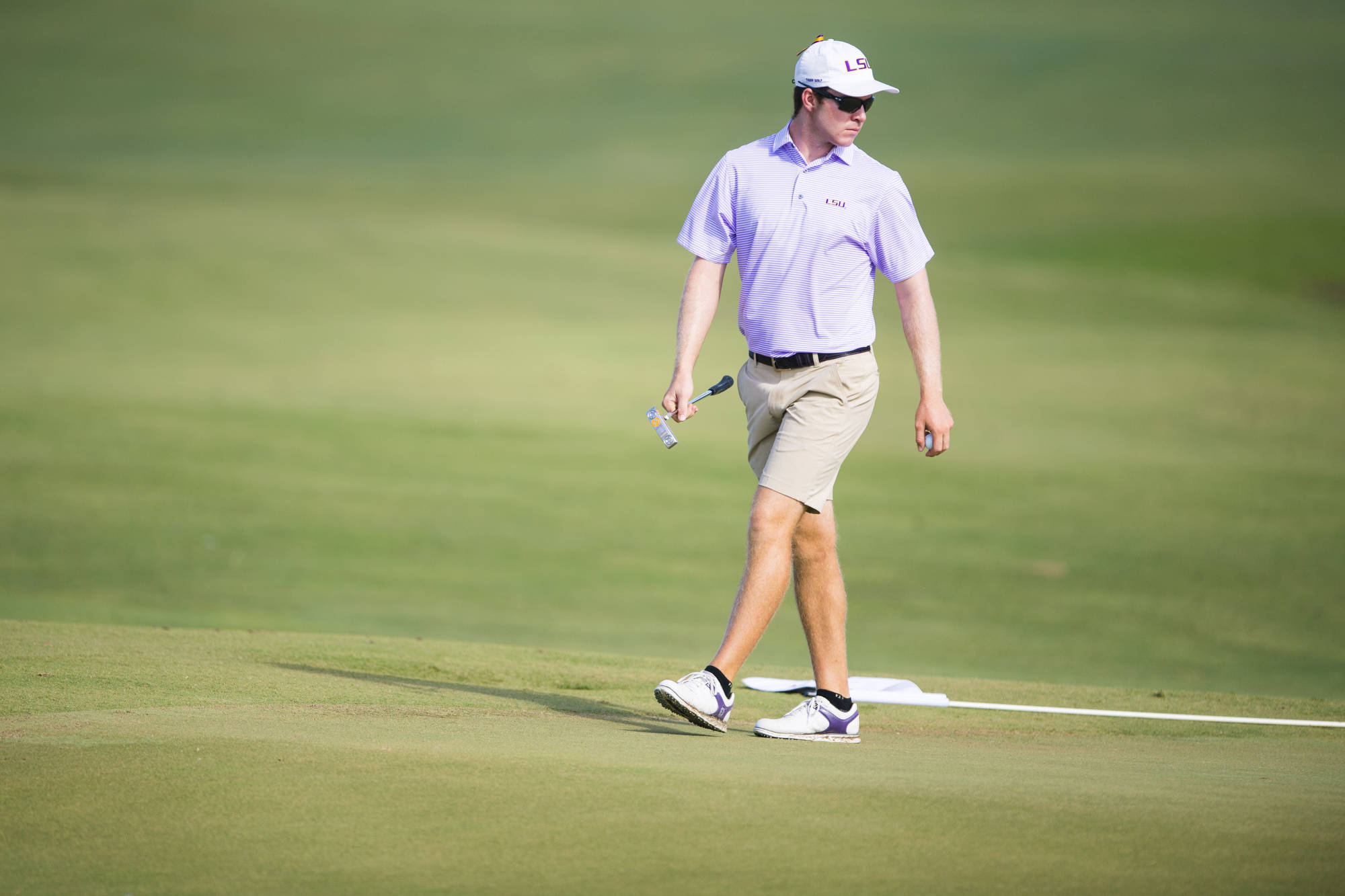 Bryan, Texas – The weather in Texas was not too friendly for the 13-team field that anticipated playing 36 holes on Saturday at the Aggie Invitational at the Traditions Club.

No. 12 LSU’s first round was halted with three of its five starters still on the course. Trey Winstead had the best round of the day going for LSU with a 1-under 67 through 17 holes. He registered three birdies and two bogeys to go along with 12 pars on the day. The only hole he did not play was the par 4 ninth hole. Philip Barbaree, just like Winstead, completed 17 holes on the day; the junior from Shreveport, La., is in a tie for 21st at even par.

Nathan Jeansonne and Garrett Barber were both fortunate enough to finish their rounds. Both Jeansonne and Barber both carded 1-over 73s and are in a tie for 24th. Luis Gagne has played 16 holes and he sits in a tie for 32nd at 2-over par. Michael Sanders, who played as an individual, shot a first round 79 and is tied for 66th.

All teams will tee off on Sunday morning at 8:30 a.m. CT and complete the first round before playing the second round. The tournament, originally scheduled for 54 holes, has now been shortened to a 36-hole event.

Live scoring can be found at golfstat.com.