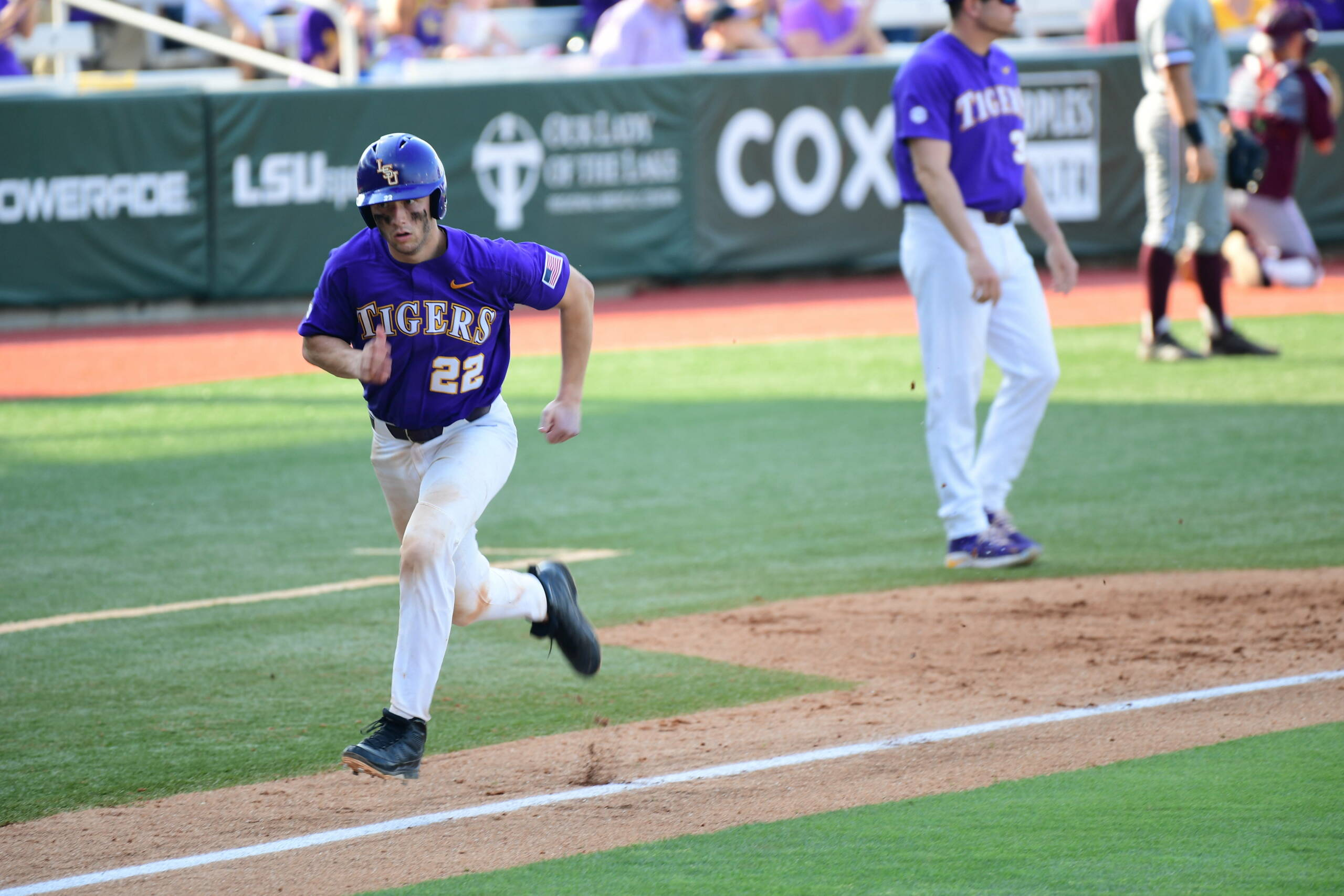 BATON ROUGE – The ninth-ranked LSU baseball team scored three runs in the eighth and one in the ninth but ultimately dropped the first game of the doubleheader with Texas A&M, 6-4, to even the series Saturday afternoon in Alex Box Stadium, Skip Bertman Field.

The second game of the double header is slated for a 7 p.m. CT start on ESPN2. Freshman Cole Henry will be the Tigers’ starting pitcher, and Texas A&M will counter with southpaw Chandler Jozwiak.

Lefty Asa Lacy (6-0) worked six innings in the win. He struck out 11, walked four and allowed one hit.

A leadoff double to right field by catcher Mikey Hoehner and walks drawn by second baseman Bryce Blaum and center fielder Zach DeLoach set up a two-out double from left fielder Cam Blake. Three runs scored on the play to give the Aggies the early 3-0 lead.

Blaum reached on a throwing error and then advanced to second to start the seventh inning. Shortstop Braden Shewmake then tripled down the right field line to score Blaum. Senior Chandler Morris singled to right-center to score Shewmake. This extended the Aggies’ lead to 5-0.

Right fielder Logan Foster drew a walk to start the eighth and then scored on a fielding error where Blaum reached second to give Texas A&M the 6-0 lead.

Left fielder Giovanni DiGiacomo stroked a triple down the right field line to start the ninth for the Tigers. He then scored on a RBI single to left by Mathis. This cut the Aggie lead to 6-4.