by Aaron Hyder
Battle on the Bayou - Final Results +0 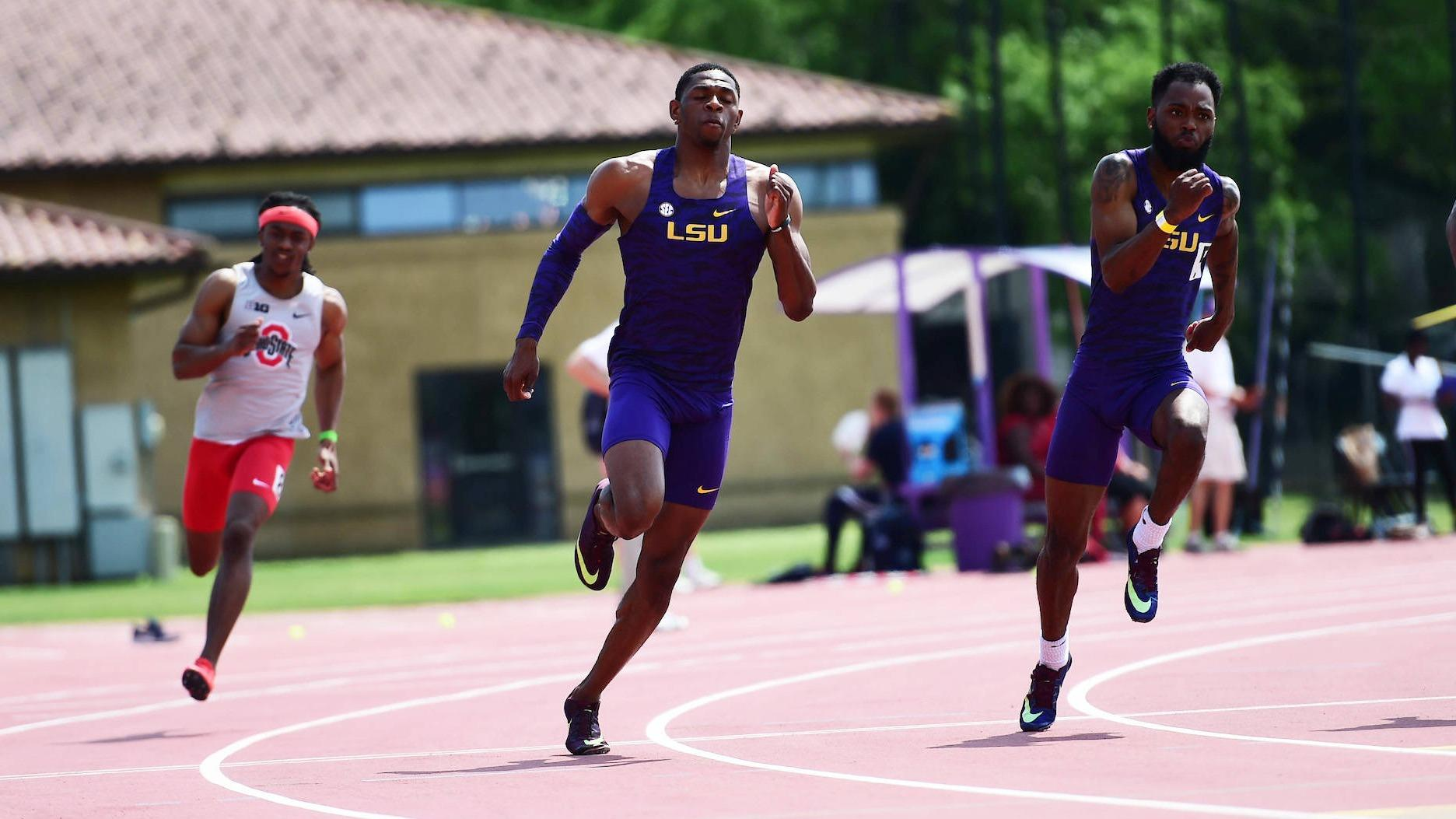 Baton Rouge, La. – Tyler Terry threw down a wind-aided 20.50 (+3.9) in the 200 meter dash to highlight the Battle on the Bayou for the LSU track and field squad on Saturday at the Bernie Moore Track Stadium.

The time of 20.50 for Terry earned him the top collegiate spot, and the only athlete to beat him was former LSU sprinter and current professional, Vernon Norwood. Norwood clocked a winning time of 20.46 to win the race. Terry was one of three LSU athletes that earned the top collegiate spot and finished behind a professional. Da’Quan Bellard used a personal best leap of 24′ 9.75” to claim the top collegiate spot in the long jump, and Arthur Price ran a wind-aided 13.64 (+4.0) in the 110 meter hurdles to take the collegiate honors and finish second overall. Price and Bellard were both beaten by former Tigers Joshua Thompson (110m hurdles) and Damar Forbes (long jump).

Terry just dropped an NCAA lead of 20.50 in the 200 meters and was the top collegiate finisher!

In the relays, the LSU men swept titles in the 4×100 and 4×400 relays. The foursome of Damion Thomas, Akanni Hislop, Correion Mosby, and Jaron Flournoy ran themselves to a winning time of 39.31, and the men’s 4×400 meter relay of Dorian Camel, Raymond Kibet, Hislop and Terry closed out the meet with a time of 3:05.78. The total number of collegiate titles won by LSU on Saturday was 12.