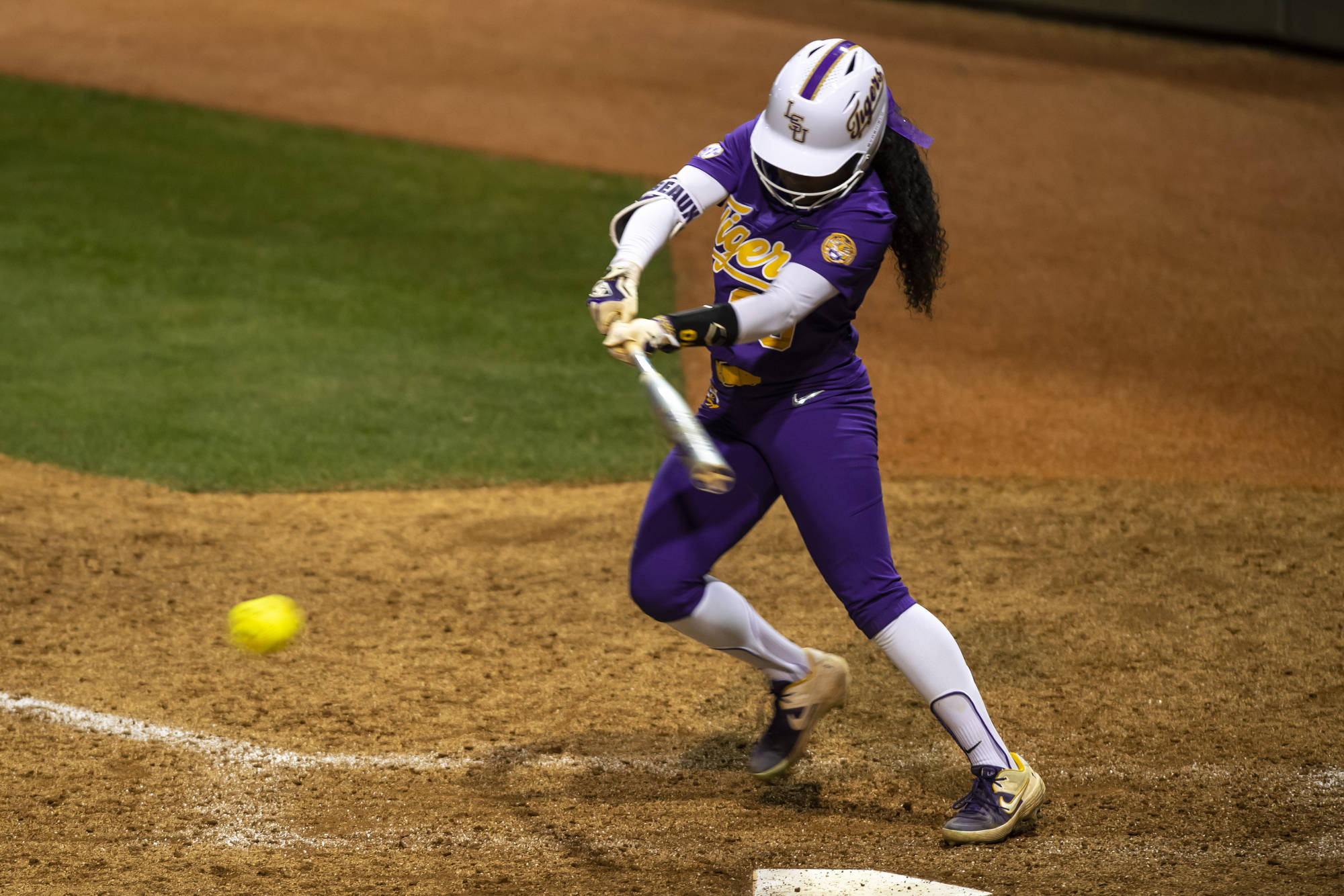 STARKVILLE, Miss. – The No.7/5 LSU softball team evened the three-game series, defeating Mississippi State in game two, 10-9, in Nusz Park Saturday afternoon. The Tigers are now 32-8 on the year and 10-4 in the SEC. Mississippi State is now 24-13 overall and 3-8 in the league.

The Tigers got on the board first in the first inning. Aliyah Andrews led off the game with an infield single and advanced to second on an Amanda Sanchez hit-by-pitch. An out later, the two scored on the 11th blast of the season by Shemiah Sanchez, a dinger over the left center wall.

After Maribeth Gorsuch and the Tigers kept Mississippi State scoreless in the second, the Tigers continued their offensive surge into the third. Elyse Thornhill led off with a single through the right side and would come into score on a double to left center by Amanda Doyle, giving the Tigers a 6-1 lead. Mississippi State went to the bullpen and replaced Alyssa Loza with Grace Fagan.

In the bottom of the third, Mississippi State put together three runs off a home run to center and a RBI double to right center cutting the Tigers’ lead to 6-4. The Tigers brought in Shelby Wickersham. She got out of the inning with a ground out to short.

After a scoreless fourth for both team, Michaela Schlattman went yard in the top of the fifth, her fourth home run on the year, to extend the Tigers’ lead to 7-4.

Mississippi State answered again with a solo shot of their own over the left field wall, cutting the Tigers’ lead again to 7-5. They score another one off an RBI single through the left side to bring the score to 7-6. The Tigers went to the bullpen, bringing in Ali Kilponen. She got out of the inning with a pop up to first.

After the Tigers were retired in order in the top of the sixth, Mississippi State took a 9-7 lead on two home runs. Kara Goff came in for the Tigers to get them out of the inning.

Mississippi State threatened in the bottom of the seventh with a runner at second, but Sunseri came in to the circle and got the Tigers out the inning for her fourth save of the season.

Goff claims the win in the circle, her second win of her career. She allowed just one hit in her one inning of work.

Up Next
The Tigers will meet for the final game of the series on Sunday at 1 p.m. CT. The game will stream live on the WatchESPN app and will be tape delayed on ESPNU at 3 p.m. CT. Pam Ward and Jenny Dalton-Hill will be on the call.