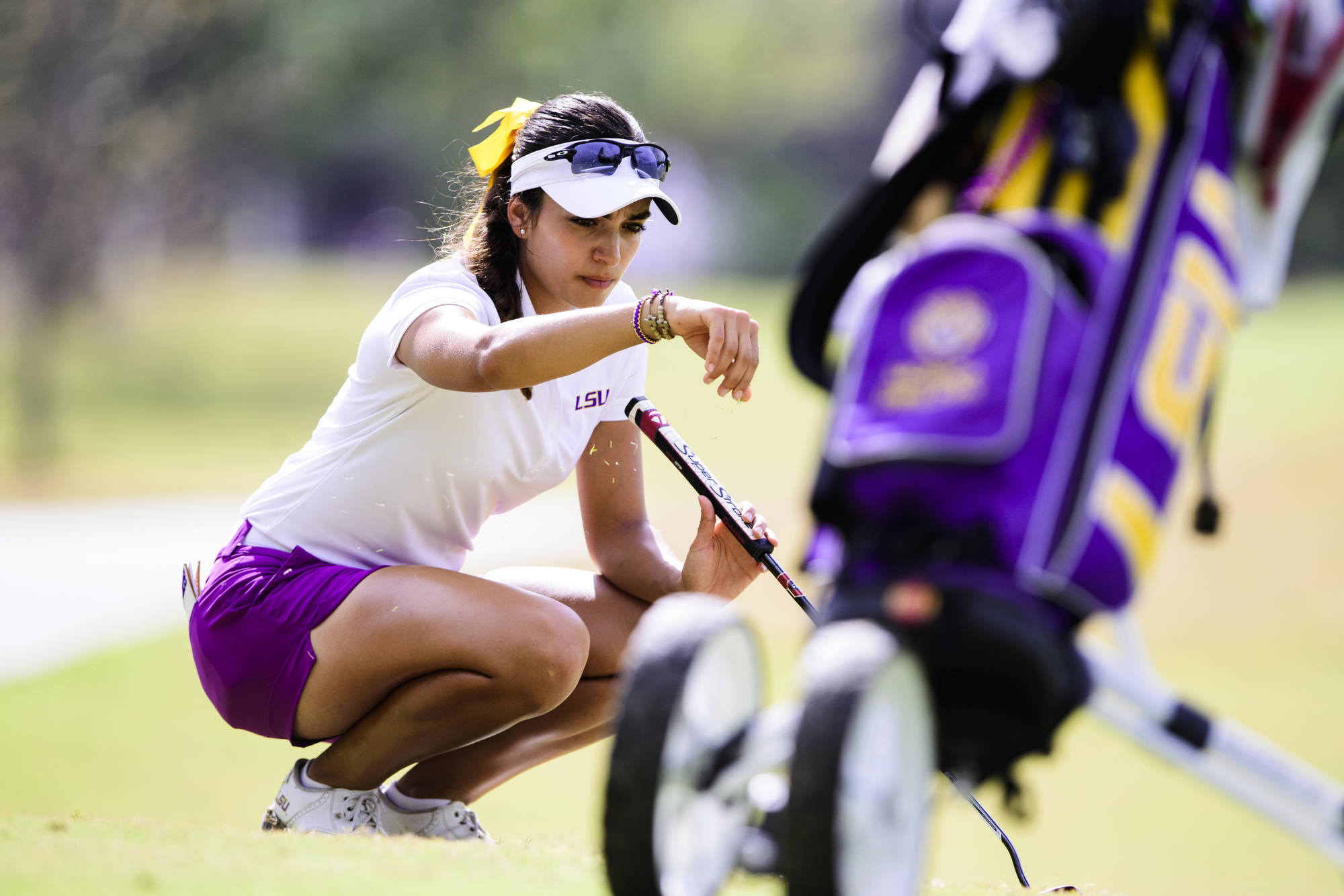 BATON ROUGE, La. – The LSU women’s golf team is wrapping up the regular season at the Clemson Invitational on April 7-9 in Sunset, South Carolina. The Tigers add the tournament to the schedule in early January after losing several rounds of competition to extreme weather during the Fall portion of the 2018-19 season.

Upperclassmen Kathleen Gallagher and Monica Dibildox will lead the LSU charge at The Reserve at Lake Keowee course and will be joined by sophomore Kendall Griffin and rookies Alden Wallace and Presley Baggett. The course will play at 72 par and 6,260 yards.

The team, under the direction of first-year head coach Garrett Runion, is currently averaging 299.05 per round. The Tigers are coming off of a second-place finish at the 38th Annual LSU Tiger Golf Classic last weekend at LSU’s home course, the University Club. LSU shot its fifth-lowest team score of the season, a 4-over 292, to jump from fourth place into second in the final round.

Runion acknowledged his team efforts following the tournament. “The last couple of tournaments we have gotten off to some really strong starts, then stumbled in the final round. We went into the final round at home in a right mindset and grinded the round out through some tough weather conditions to charge up the standings into second place.”

Dibildox is the team’s low scorer with a 74.57 stroke average, followed by Gallagher, Griffin and Wallace all shooting a 75.86 averaged. Baggett rounds out the starting five with a 76.00 average. Griffin shot a low of even par in the first round of the LSU Tiger Golf Classic, while Baggett scored par in the third round to lead LSU during the tournament. For Baggett, it matched her lowest round of the season.

* Golfweek has the Tigers ranked No. 46 overall with strength of schedule ranked No. 21 going into this week’s competition. Golfstat has LSU ranked No. 53.

* Gallagher (Sr.) tied her career low in the first round of the Magnolia Invitational with a 68 and posted her her best individual finish of the season.

* Dibildox (Jr.) earned her second top-15 finish of the season at the Magnolia Invitational and has shot par or lower in four of her rounds played this season. She hit a career-low 70 in the first round of the Mason Rudolph Women’s Championship.

* Griffin (So.) shot her career low of 3-under 69 in the first round of the Tar Heel Classic and followed up with a par in the second round, her third round of the season hitting par or lower. It was also her second-best finish of the season, tied for 9th. Griffin earned her best finish of the season, third place, at the LSU Tiger Golf Classic. She also picked up an ace on October 18 in a practice round at LSU’s home course, the University Club, on Hole No. 8.

* Baggett (Fr.) has had every single round count towards team scoring this season. She shot the best round of her rookie season with a par 72 in the second round of the Magnolia Invitational and matched it in the final round of the LSU Tiger Golf Classic. She had her best finish of the season at the home tournament, tied for 6th place.