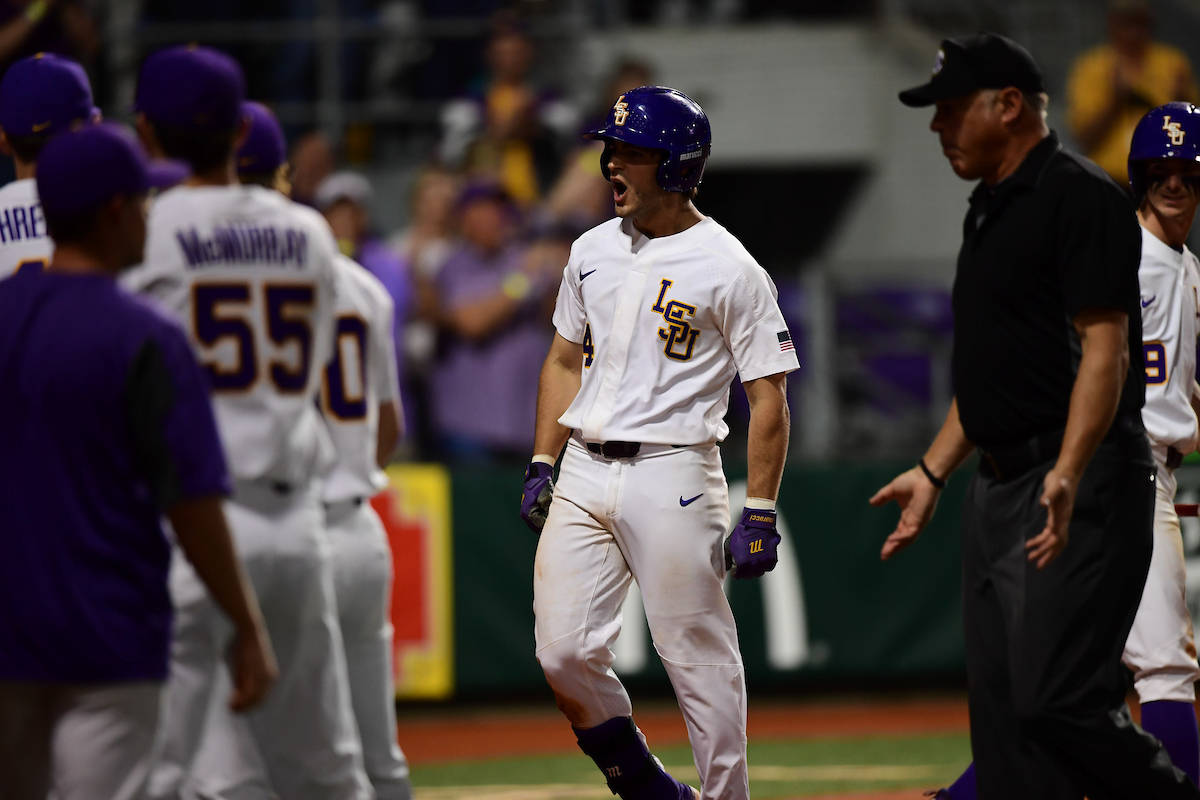 BATON ROUGE – With one out in the bottom of the eighth inning, junior shortstop Josh Smith belted a solo home run to break the tie game and propel the No. 9 LSU baseball team to a series opening 2-1 victory against No. 9 TAMU Friday night in Alex Box Stadium, Skip Bertman Field.

The Tigers and Aggies will return to action in a doubleheader Saturday at The Box. The first game of the doubleheader is slated for 2 p.m. CT and will be online only through the SEC Network+, and fans are asked to use their Game 23 tickets. The second game will be on ESPN2 and has a first pitch time of 7 p.m. CT. Both games will be broadcast on the LSU Sports Radio Network. Fans can listen live online at LSUsports.net/live.

Junior right-hander Zack Hess was brilliant in six innings of work for the Tigers. He limited Texas A&M to one run on five hits, walked three and struck out five. Trent Vietmeier was the next man up for LSU, and he blanked the Aggies in 1.1 innings with a strikeout. Devin Fontenot improves to 4-0 on the season after shutting out Texas A&M in the final 1.2 innings. He gave up one hit and struck out three.

Texas A&M grabbed the 1-0 lead in the top of the third inning when designated hitter Logan Foster scored from second on center fielder Zach DeLoach’s one-out single up the middle after a leadoff double.

In the bottom of the seventh inning, second baseman Brandt Broussard was first pitch swinging and sent a ball to right field, which was misplayed and allowed him to reach third. After rounding third, he was able to score on the throwing error by the right fielder, which tied the game 1-1.

In the bottom of the eighth inning, Smith blasted his second home run of the week and fourth of the season to give the Tigers the 2-1 lead.

Check back later for a full recap.