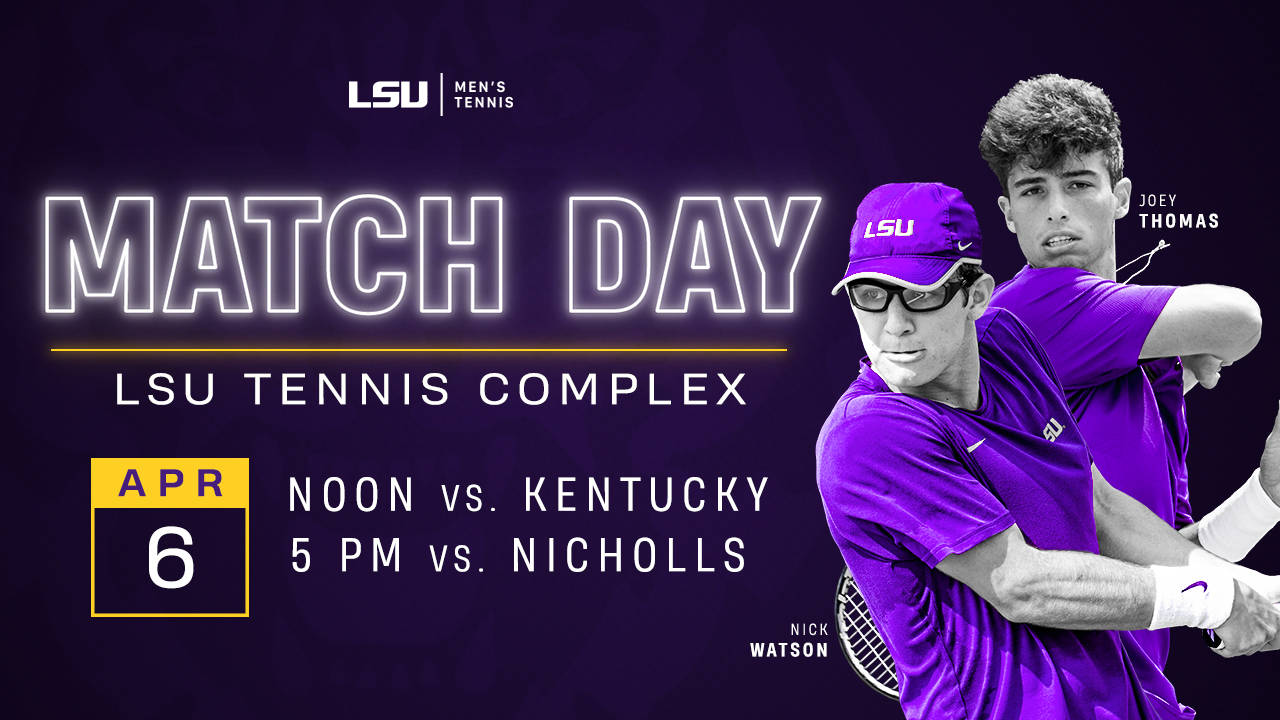 BATON ROUGE – The LSU men’s tennis team will host a doubleheader Saturday at the LSU Tennis Complex. The Tigers will square off against Kentucky at noon CT and will follow with a match against Nicholls at 5 p.m. CT.

Fans can follow the match at www.LSUstats.com and on Twitter @LSUtennis. The match also can be streamed online at LSUsports.net/tennisvideo.

Thoughts from Co-Head Coach Chris Brandi
“Kentucky is fighting for a spot in the NCAA Tournament, just like we are. They’ve had some big wins this season. We played our best doubles point of the season Thursday, but we didn’t carry that energy into singles. Whoever plays their game under pressure on each court will come out on top.”

The Matchup
LSU has the overall 32-19 advantage against Kentucky. However, Kentucky has taken the last two contests against the Tigers. When they last met in 2018, the Wildcats defeated the Tigers, 7-0, in Lexington.

LSU is 6-0 against Nicholls all-time. Last season, the Tigers swept the Colonels, 7-0 at the LSU Tennis Complex.

Tiger Tidbits
The Tigers are 14-8 on the year and 2-7 in conference action after taking wins at Auburn and against Arkansas at home earlier this season.

LSU dropped a 5-2 contest at Vanderbilt Thursday in its final SEC road trip of the season. Joey Thomas secured a singles victory in Nashville, and the Tigers clinched the doubles point with wins on courts two and three.

In the latest ITA poll, the Tigers are No. 37 as a team. Boris Kozlov entered the singles rankings for the first time in his career at No. 87. Doubles pair Rafael Wagner and Joey Thomas checked in at No. 39 in doubles.

Notes on the Wildcats
Kentucky is 12-11 on the year and 4-5 in the SEC. The Wildcats are coming off of a 6-1 loss to No. 8 Texas A&M Thursday, which snapped a three-match win streak.

The Wildcats checked in at No. 38 in the latest ITA poll. Matsumura is the No. 44 player in singles.

Notes on the Colonels
Nicholls dropped its match Tuesday to No. 40 Tulane, 7-0, and fell to 4-11 overall.