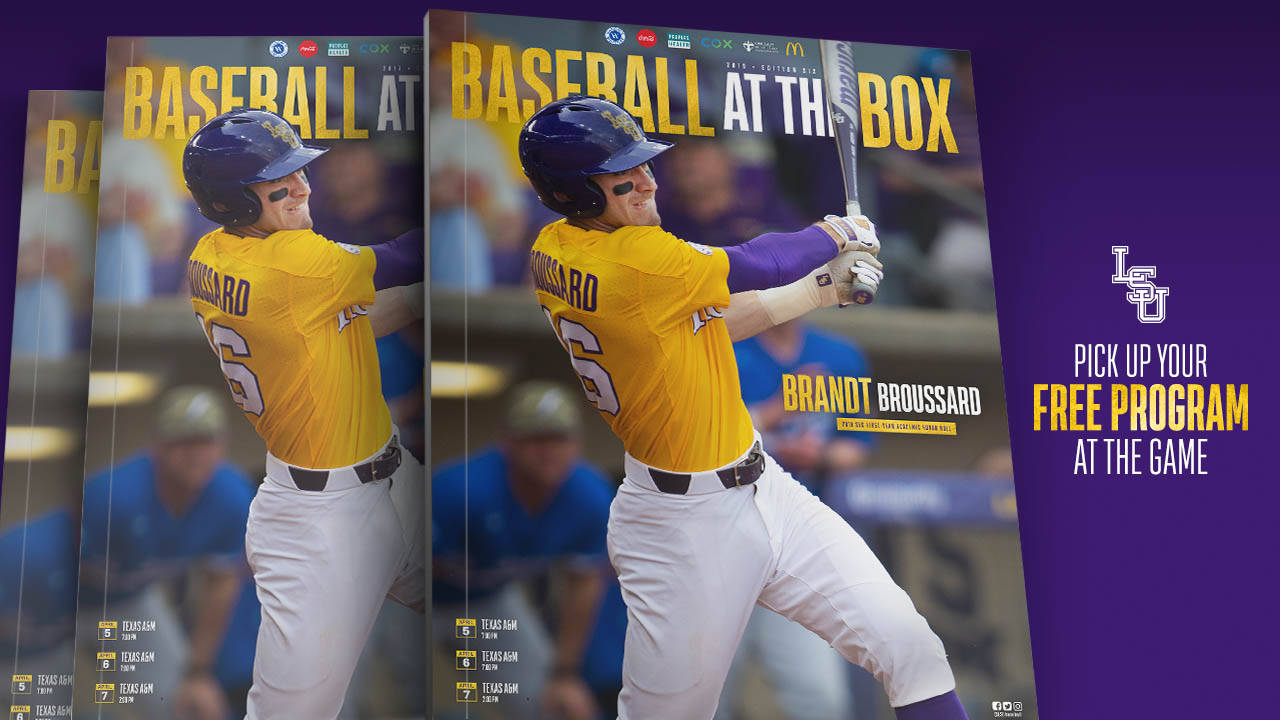 He heard the stories from when his father, Burke, played second base for the Tigers in the mid-1980s.

LSU baseball back then was not what it is now.

The players would paint the field and maintain The Box. The raucous crowds were there on occasion but not week-in and week-out. During head coach Skip Bertman’s first year, 1984, the team was required to show up on campus in uniform with posters to promote the weekend’s contests to their fellow classmates.

In 1986, Bertman’s third season and Burke’s senior year, the Tigers made their first trip to Omaha, setting the foundation for the LSU baseball program, the baseball program that Brandt knew growing up—the one with 12,000-plus fans in the stands on a regular basis, the one with 17 SEC titles and six national championships.

Brandt grew up in LSU’s backyard, playing both football and baseball at University High School. He was a first-team all-district selection in football where he played wide receiver. On the baseball field, Brandt batted .404 with a school record 43 stolen bases in his senior year of high school, playing under his father, who served as the head coach for years.

“It was good because I got to see and coach my son every day,” Burke said. “However, when you are in the public eye like that and he’s the coach’s son, there were probably a couple of times where I was more overbearing than I probably would have been for other players, which made it a bit tougher.”

While Brandt was an all-state selection and a two-time all-district and all-metro selection in high school, he did not have many options if he wanted to play baseball on the collegiate level.

Just minutes away from his home, LSU was hosting the 2015 Baton Rouge Regional, where Delgado baseball coach Joe Scheuermann was assisting with the media operations of the event as one of the postgame press conference moderators.

Brandt and Burke set up a meeting with Scheuermann and heard some brutally honest feedback from Scheuermann.

“He doesn’t promise anyone anything,” Brandt recalled. “He looked at us and told us, ‘Look, Babe Ruth could be coming to Delgado, and I wouldn’t guarantee him a starting spot.’”

There it was. He had his chance at Delgado.

At the same time of that meeting, former LSU second baseman Cole Freeman was preparing to show up on campus after spending two seasons at Delgado. There was a way for Brandt.

In 2016, his first season with Delgado, Brandt worked and worked, rotating with another player at second base, who was one of the team’s best pitchers, before solidifying his starting spot.

“I had a few smaller schools looking at me entering my second year,” Brandt said.  “I went into it knowing I would have the first chance to start. I always had a dream to play at LSU in the back of my mind, but I didn’t go into the season saying, LSU or bust.”

Brandt shined in his second season at Delgado, batting .429 with two home runs, 16 doubles, three triples and 15 stolen bases with a .531 on-base percentage, but once again there was limited interest in the 5-foot-10 second baseman.

Right after LSU had secured its 2017 trip to Omaha in early June, Brandt was weighing interests from other schools, trying to decide his next steps, and Burke phoned his old mentor Skip Bertman.

“What are you calling me for?” Bertman asked. “You’ve been through it yourself. “

Bertman told Burke, “The way baseball is with the draft, recruiting never stops. If he has a couple of big schools looking at him, I would get him to hold off.”

Brandt held off making his decision that day. The next day, Brandt thought a telemarketer was calling him. It was a random 225 number, and he was ready to hang up the phone. Upon answering, he heard LSU recruiting coordinator and assistant coach Nolan Cain on the other side of the phone.

“Brandt, would you be able to come by the field today?” Cain asked.

Immediately, he called his parents and they ran to Alex Box Stadium, Skip Bertman Field, the day the team was leaving to go to Omaha.

After seeing the facility, Brandt, his parents and Cain went into head coach Paul Mainieri’s office.

Mainieri offered him a spot on the 2018 team and told him to think about it.

“I don’t need time to think about it,” Brandt responded, overwhelmed knowing he finally secured his chance to fulfill a lifelong dream.

For two consecutive opening nights, Brandt ran out to the same position that his father played at the Old Box as the starting second baseman for the Tigers with a goal to travel to Omaha during his career.  He hopes to duplicate the precedent his father set when he wore the same three letters across his chest.