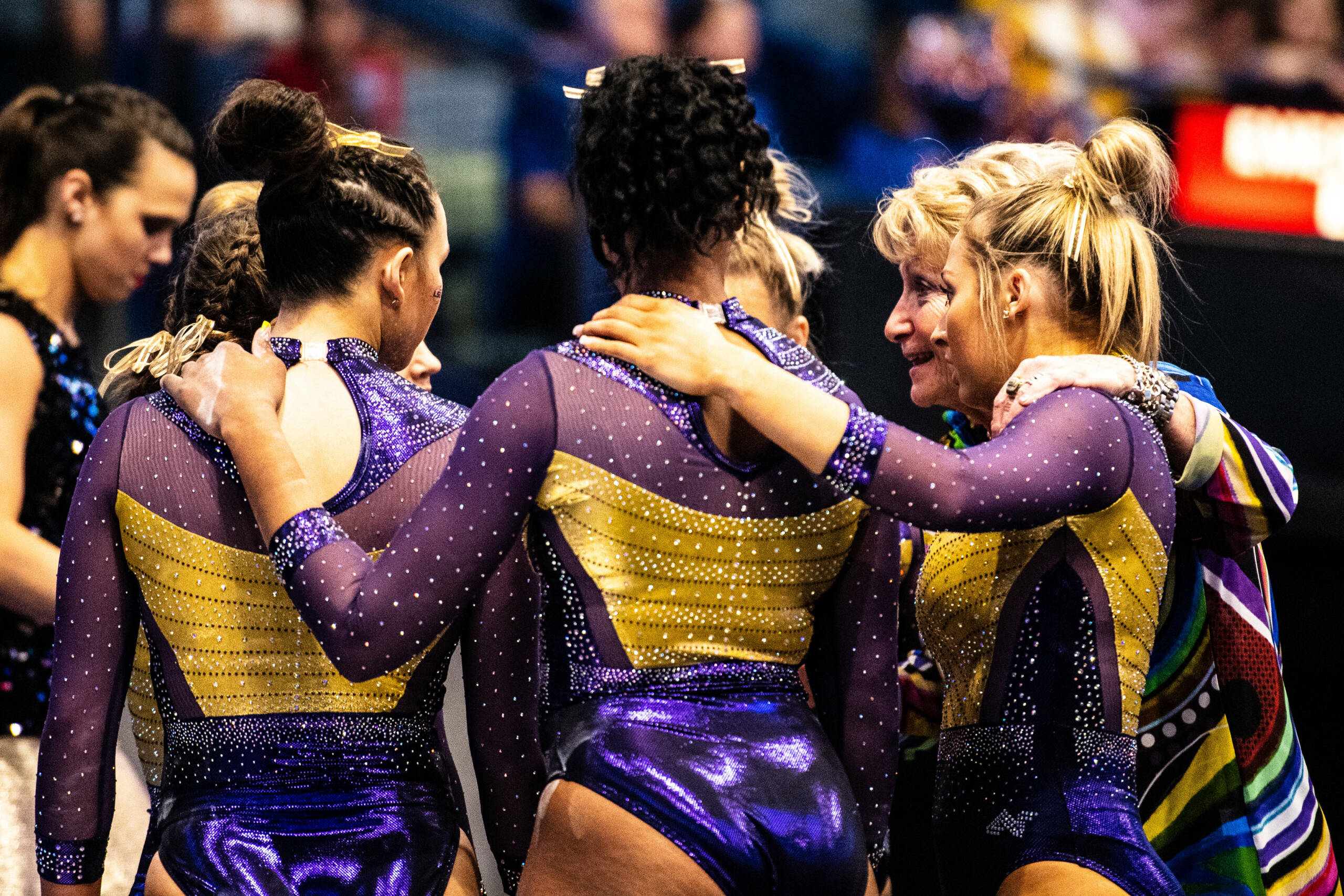 The Tigers will host nine of the nation’s top teams with two teams advancing to the NCAA Championships in Fort Worth, Texas, April 19-20.

The first session of the second round Friday will feature No. 6 Utah, No. 11 Minnesota, BYU and Arkansas at 2 p.m. The top-seeded Tigers will then face off against No. 14 Auburn, Arizona State and George Washington.

LSU’s History at the NCAA Regional
Since the first year the NCAA sanctioned gymnastics in 1982, LSU has advanced to the NCAA Regional 37 out of 38 years. This season marks the 35th-straight year LSU will compete in a regional. The following is how many times the Tigers have finished in the previous 36 NCAA Regional appearances: First Place -12 times; Second Place – 14 times; Third Place- nine times; Seventh Place – one time.

Finnegan Crowned SEC Gymnast of the Year Again
Finnegan put together one of the most dominant all-around performances the league has ever seen from start to finish in 2019 concluding with the SEC all-around title. The Lee’s Summit, Missouri, native won the seventh all-around title in school history with a score of 39.800, the second-highest score in meet history. Finnegan became the sixth gymnast in SEC history to win back-to-back all-around titles.

With her 10 on floor at SEC Championships, Finnegan joined Burkholder as the only gymnasts in school history with multiple perfect scores on three different events. She owns 84 career wins and 42 this season for second in school history. She needs just four wins across possibly the next four meets to set the record for wins in a season.

LSU has continued to improve in each week of the season and over the final four weeks leading into NCAA postseason average the squad has average a 197.900. The LSU team is the second in NCAA Gymnastics history to average a 197.900 or higher in four meets.

Tickets for groups of 25 or more are available for individual sessions and are $3 each. LSU’s season ticket holders who ordered in advance have had their tickets assigned.