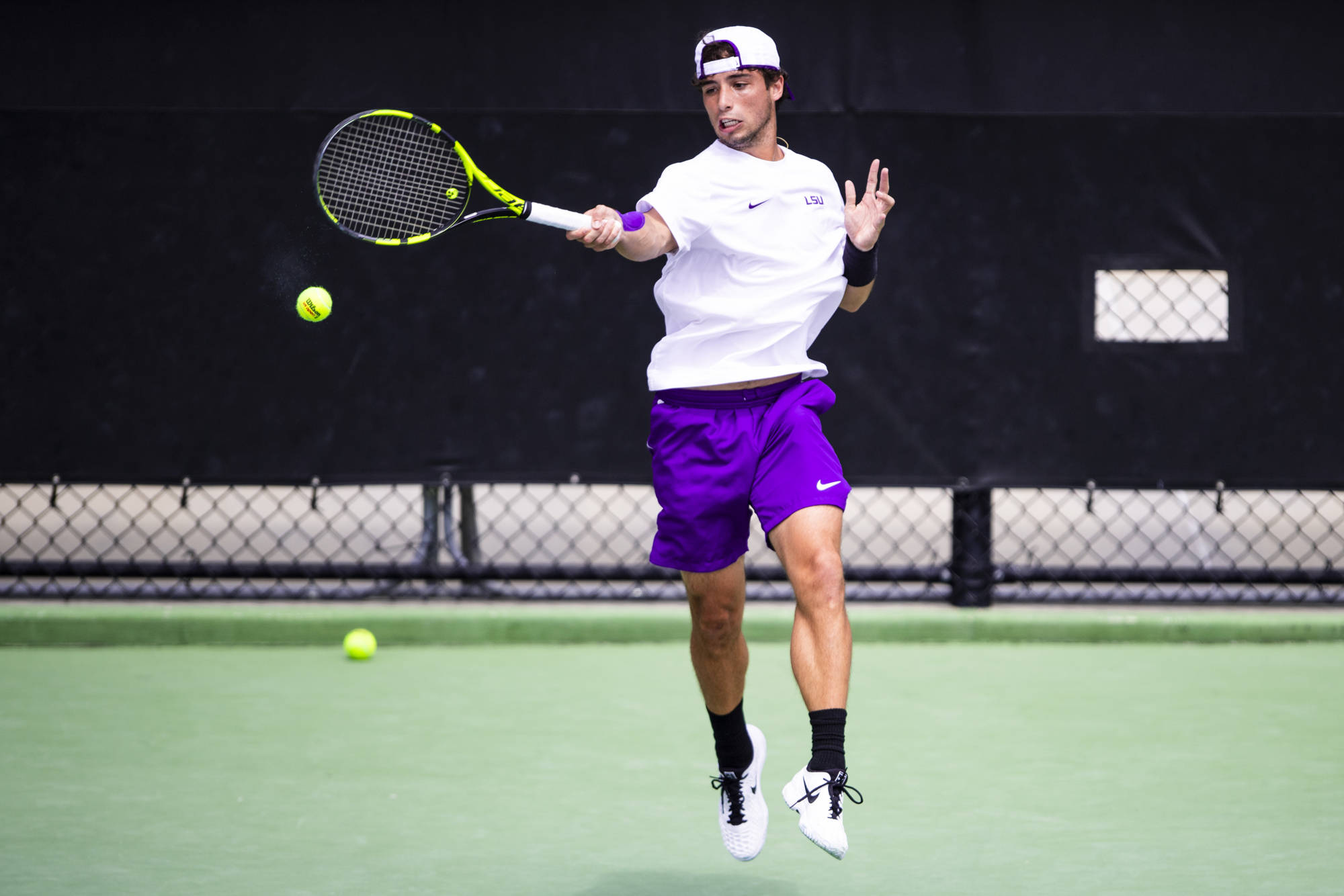 BATON ROUGE- Sophomore Joey Thomas picked up a win on court five and the Tigers secured the doubles point as the LSU men’s tennis team dropped its match to Vanderbilt, 5-2, Thursday afternoon at the LSU Tennis Complex

Co-Head Coach Chris Brandi on the Match
“Today was disappointing after playing a solid doubles point. Vanderbilt just took it to us in singles. This group has done a great job preparing and competing all year, and we know that we will bounce back and play better on Saturday.”

Doubles Point
No. 39 Rafael Wagner and Joey Thomas were the first pair off of the court after taking a 6-3 match from Max Freeman and Macsen Sisam on court two.

On court three, Boris Kozlov and Nick Watson earned a 6-4 win against George Harwell and Christiaan Worst to give LSU the 1-0 advantage in singles play.

The Commodores earned their first point on court one when No. 77 Cameron Klinger worked a straight-set, 6-1, 6-4 win against Shane Monroe.

Next Up
LSU will return to action with a double header Saturday at the LSU Tennis Complex. The Tigers will start the day with a match at noon CT against Kentucky and will follow with a 5 p.m. CT match against Nicholls.