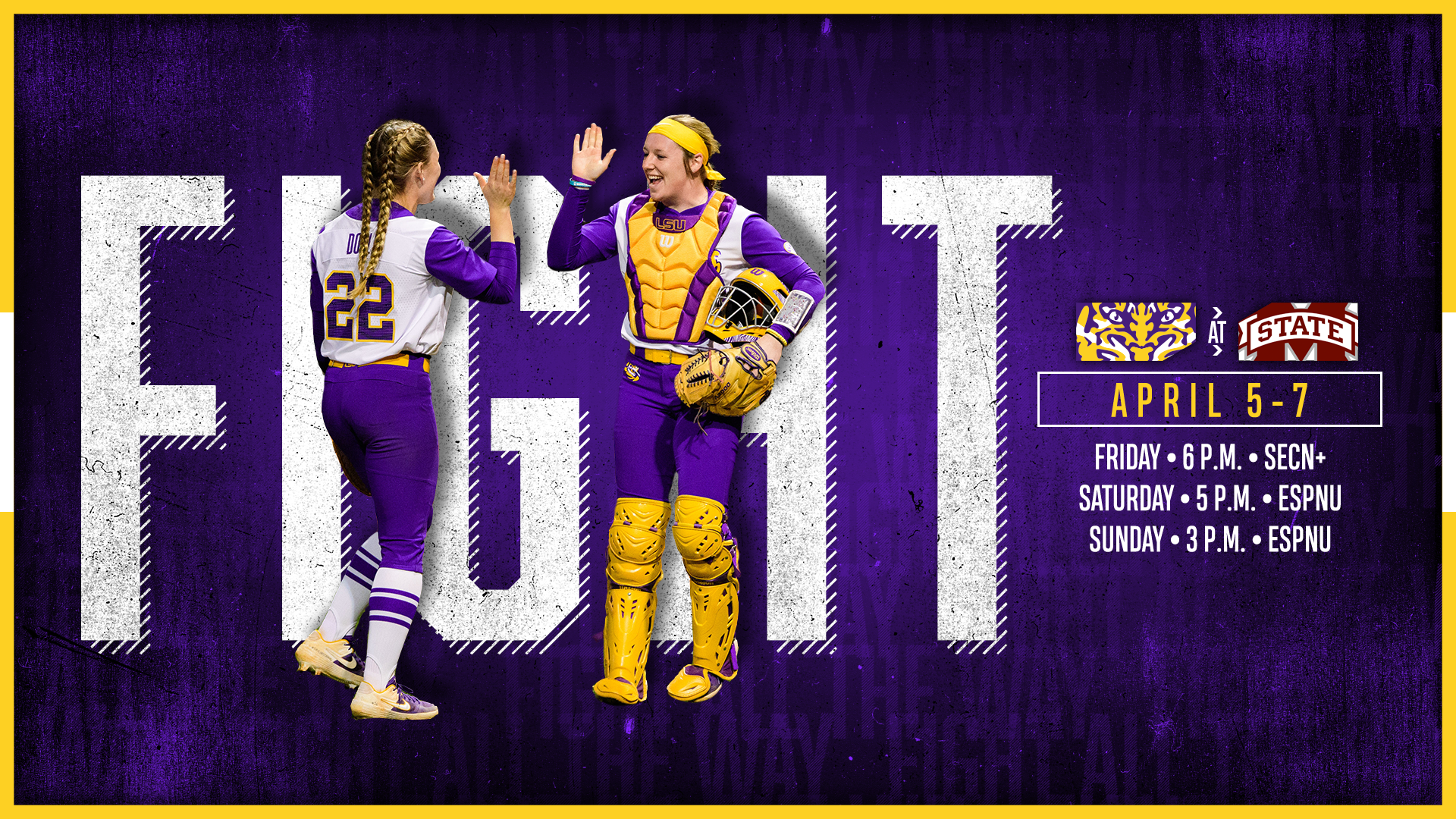 Friday’s game is set for 6 p.m. and will stream live on SEC Network+. Saturday and Sunday’s games will air live on ESPNU at 5 p.m. and 3 p.m., respectively. Pam Ward will give the play-by-play, while Jenny Dalton-Hill will be the analyst.

The Tigers go into the weekend with a 31-7 overall record and are in second place of the SEC with a 9-3 record. They are coming off their fourth-straight series win, claiming games one and three against South Carolina last weekend.

Aliyah Andrews and Amanda Sanchez led the Tigers last week, hitting .714 and .700 respectively. Andrews had five stolens bases, while Sanchez finished the weekend with 10 RBI, three home runs and a 1.700 slugging percentage, earning her NFCA and SEC Player of the Week honors.

On the year, the Tigers are hitting .341 and averaging 7.39 runs per game, which is first in the SEC and eighth in the country. Amanda Sanchez is hitting .505 which leads the conference and is third among the nation.

In the circle, Shelby Wickersham is 9-1 with a 1.82 ERA. She owns three shutouts and one save. Shelbi Sunseri and Maribeth Gorsuch both have 2.00 ERAs. Sunseri is 8-4, while Gorsuch is 8-0. Sunseri leads the team in strikeouts with 46 in 66.2 innings of work.

Torina’s Thoughts
“They have great offensive players, some players that we will have to worry about in their lineup. They will also have a ton of different looks on the mound; pitcher after pitcher. They all bring something different and it’s tough to prepare for a team like that. They play on a ton of emotion. So we can’t let them get rolling with emotion because they are very tough to beat when that happens.”

Scouting the Opposition
Mississippi State
The Bulldogs come into the series with a 23-12 record after a 11-3 six-inning run-rule of Jacksonville State on Wednesday. The Bulldogs sit in 12th of the SEC with a 2-7 record.

In the circle, the Bulldogs use a lot of arms. Emily Williams leads the staff with a 2.46 ERA. She is 6-1 on the year with three saves and has struck out a team-leading 86 batters in 71 innings of work. Alyssa Loza is 7-1 with a 2.73 ERA. She owns two shutouts and one save.

What’s On Deck
The Tigers return home next week for midweek action against McNeese State Tuesday at 6 p.m. in Tiger Park. The Tigers will then play host to Kentucky next weekend, which will include the Strikeout Ovarian Cancer game at 6 p.m. on Saturday.