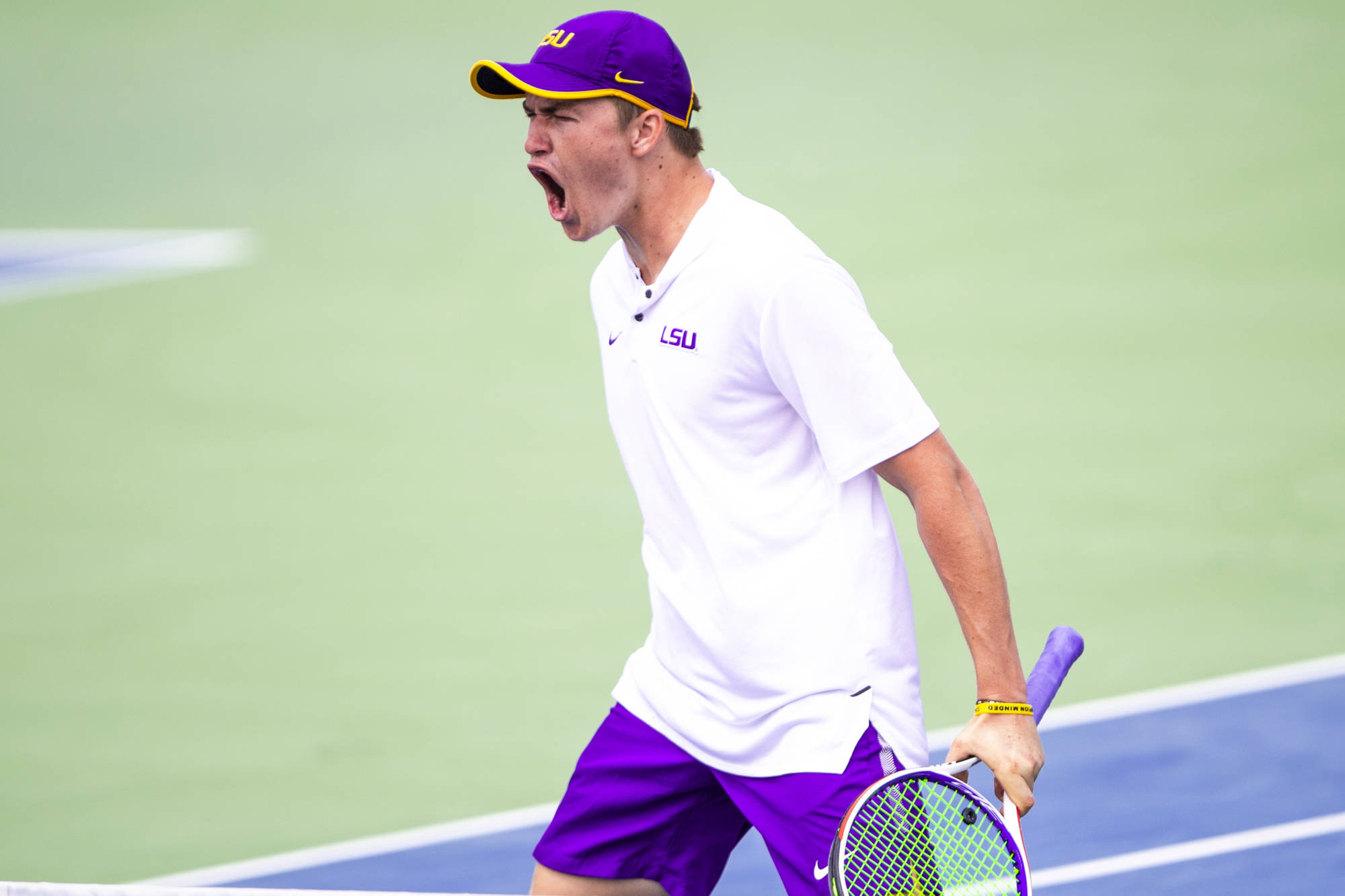 NASHVILLE, Tenn. – The LSU men’s tennis team will travel to face Vanderbilt in its final SEC road match of the season Thursday at 2 p.m. CT in the Currey Tennis Center.

Fans can follow the match at www.LSUstats.com and on Twitter @LSUtennis. The match also can be streamed online at lsul.su/2OKjbg4.

Thoughts from Co-Head Coach Chris Brandi
“It’s the last road match of the season after a short week of practice. Vanderbilt has had a nice start to the year, and the Commodores are deep and strong at the top of their lineup. With four SEC matches left, we are going to find out what we are made of.”

The Matchup
LSU has the overall 48-22-1 advantage against Vanderbilt. The teams squared off last in the 2018 SEC Tournament where the Commodores took the second-round match, 4-0. Vanderbilt also took the regular season meeting against the Tigers, 7-0.

Tiger Tidbits
The Tigers are 14-7 on the year and 2-6 in conference action after taking wins at Auburn and against Arkansas at home.

LSU dropped its matches last week to No. 2 Florida and No. 18 South Carolina. Both matches were 5-2 matches in favor of the opponent.

Freshman Boris Kozlov was 2-0 on the weekend with wins on court three, including a victory against No. 29 Andres Andrade of Florida. The Tigers also captured the doubles point in the loss at Florida. Kozlov and sophomore Malik Bhatnagar earned singles wins at South Carolina.

In the latest ITA poll, the Tigers are No. 37 as a team. Kozlov entered the singles rankings for the first time in his career at No. 87. Doubles pair Rafael Wagner and Joey Thomas checked in at No. 39 in doubles.

Notes on the Commodores
Vanderbilt is 13-7 on the year and 3-5 in the SEC. The Commodores have fallen in their last three matches with contests at Florida, at South Carolina and against Kentucky.

The Commodores checked in at No. 35 in the latest ITA poll. Cameron Klinger is the No. 77 player in singles. Klinger and Billy Rowe are listed as the No. 75 pair in the nation.